With the release of its sophomore album, Leaves, Sidewalk Chalk continues to lead the contemporary evolution of hip-hop, soul, and jazz. The band’s roots are firmly planted in Chicago where all eight members bring their respective talents together to update a sound first heralded in the Native Tongues era but never so musically diverse. The group’s unique arrangement allows them to incorporate numerous styles seamlessly: an MC and female vocalist; a trio of keys, bass, and drums; a horn section with trombone and trumpet; and a tap-dancer. 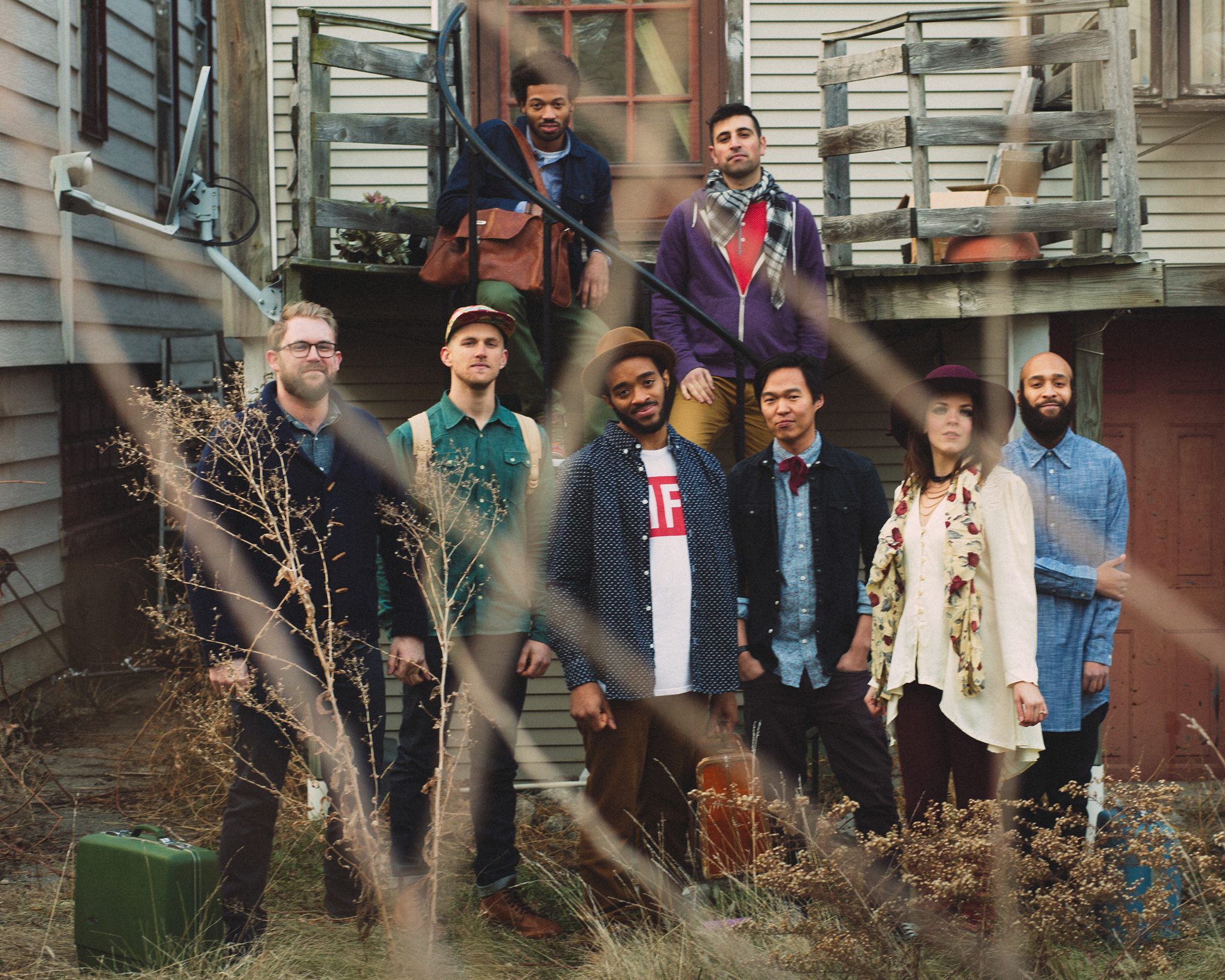 In contrast to the 2012 debut release, Corner Store, this new album finds the group venturing into a grittier space and capitalizing on a subtle approach that is at times hauntingly beautiful. Leaves represents change, both the loss of something dear and the excitement of exploring something new. “The album is about growth, growing pains, and letting go of the past if need be,” states MC Rico Sisney. Vocalist Maggie Vagle adds, “It’s also about unfolding into a new color. Shedding to shine brighter.”

Sidewalk Chalk has created a live show that captivates a variety of audiences. The group has already shared stages with ?uestlove, De La Soul, Action Bronson, Jean Grae, Hiatus Kaiyote and other notables. Individually, band members have acted as musical director(s) for Brother Ali, toured with Jazzanova and played behind Buddy Guy and Talib Kweli. Sidewalk Chalk was named “Most Outstanding Group” at the 2012 Chicago Music Awards, and its MC represented Chicago at the 2010 World Expo in Shanghai, China. 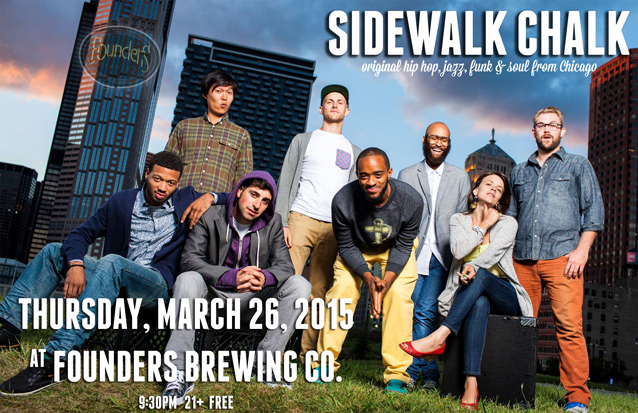