Rubblebucket has spent the last five years building a reputation as a band that blurs lines. The Brooklyn, NY by way of Boston and Vermont seven-piece has evolved into something that is “utterly post-genre—horns, synth, guitars, harmonies—a smile-inducing point on the tangent that connects Björk and Broken Social Scene”, which is to say that you never know what you’ll see or hear next.

Over the past year the band has taken a break of sorts (the only way Rubblebucket knows how), playing only a few festivals and one-off appearances, while writing and recording new material that will come in the form of a new EP, that also serves as a teaser to an album to come in 2014.

2012 was a banner year for Rubblebucket, seeing the outfit grace the stages of Bonnaroo among countless other festivals, collaborated with heroes tUnE-yArDs and Questlove for a Fela Kuti compilation and made their late night TV debut on Jimmy Kimmel Live. Finally the non-stop touring group brought their raucous live show, along with their handmade giant robot puppets and love-tunnels, to larger and larger crowds across the US and received love and affection from Paste, Rolling Stone, Stereogum, Wall Street Journal, SPIN and so many more. It wasn’t until the fall that the band released the self-released Oversaturated EP, which took Brooklyn’s freshest seven piece to a new level; between Kalmia Traver’s unmistakable voice and the band’s hip shaking, off-kilter arrangements, the EP highlights everything that makes Rubblebucket so special.

It was in 2011 however that Rubblebucket marked its first milestone with their proper debut LP, Omega La La. Recorded at Plantain/DFA Studios with Producer Eric Broucek (LCD Soundsystem, Cut Copy, Hercules and Love Affair) at the helm, the record was their most ambitious conquest yet, with the band dipping into everything from dancey indie-pop arrangements to Fela-Kuti inspired afro-beat stomps. The record has earned a wealth of praise, with Stereogum hailing the record’s “tricky arrangements, whistle solos, and disco guitar leads” and Paste Magazine calling the album “instrumentally rich but catchy enough to ass-kick Katy Perry off the pop charts (in a just world)—mega-melodic without sacrificing an ounce of atmosphere or creativity.” 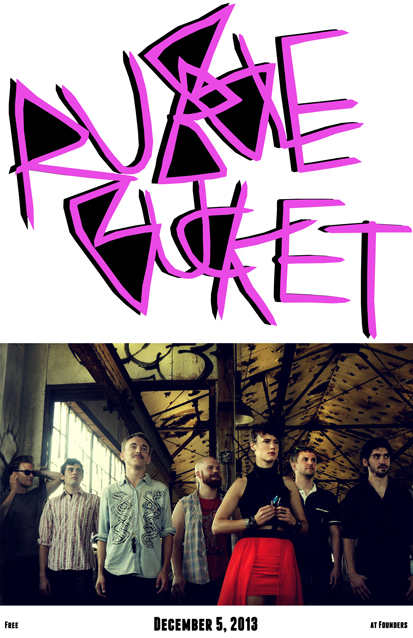 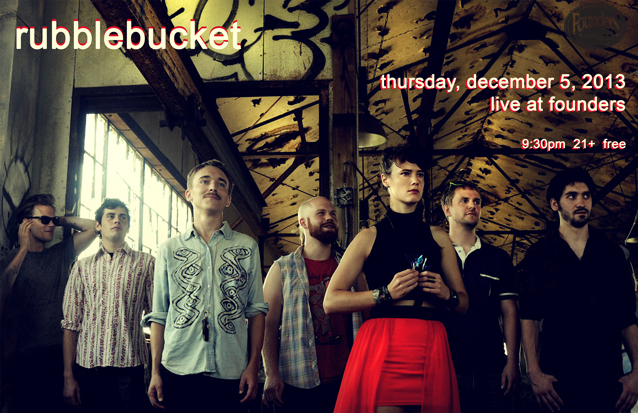