Kalmia Traver (vocals) met Alex Toth (band leader, trumpet) in a latin jazz combo in Burlington, VT. They became friends and painted the town with their loud horn playing. In 2006 they moved to Boston where they did respectable things for money. Kalmia nude modeled for art classes, and Alex was hustling marching band gigs at $50 a pop for which he was required to wear a black shirt and march around for six hours at a time. Alex met trombonist Adam Dotson at one of these marching gigs and the three began composing and playing the first songs in Rubblebucket’s repertoire. Soon, they were joined by two more friends–guitarist Ian Hersey and drummer Dave Cole–and started taking the Rubblebucket show on the road. 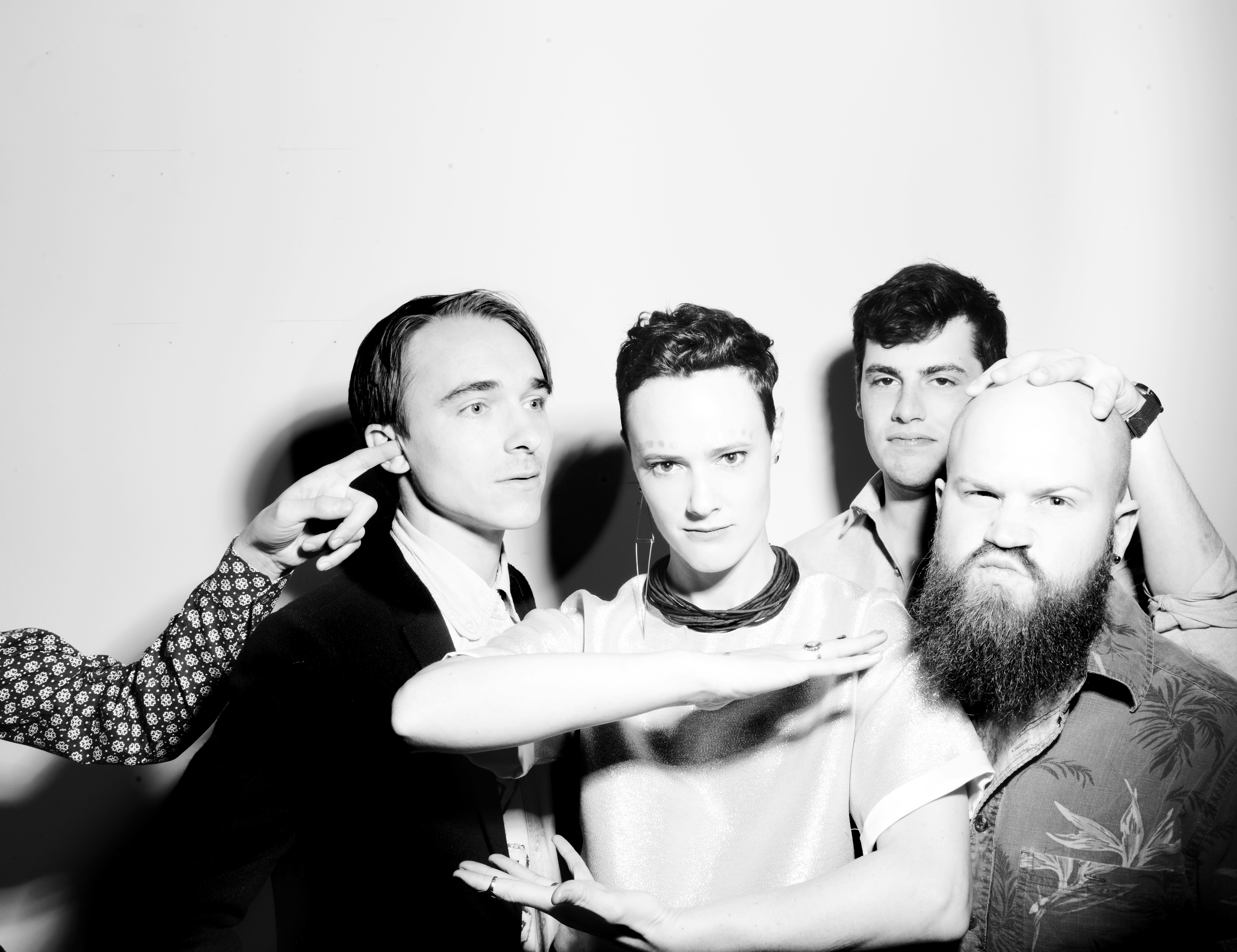 With their 2011 album Omega La La, the band reached a new and larger audience with its headlining tracks “Came Out of Lady” and “Silly Fathers.” In 2012, Rubblebucket flew out to LA to play on “Jimmy Kimmel Live!,” got free pizza and Alex almost puked backstage. The band brought their raucous, anything goes live performance to bigger sold-out shows, and their 2012 and 2013 Eps 2012 and 2013 EPs Oversaturated and Save Charlie introduced fans to the next evolution of the band. More and more people fell in love. 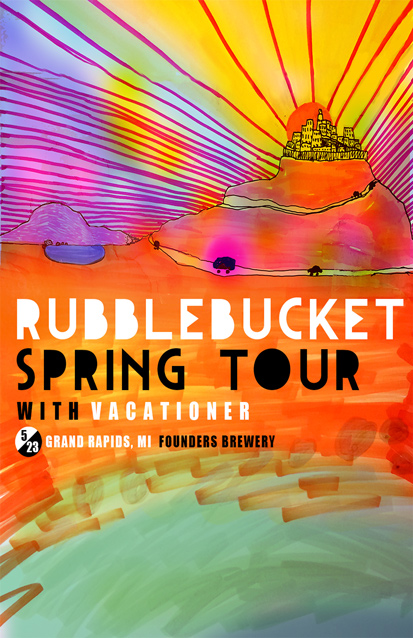