and appearing with special guest

Born out of fierce friendship and a mutual affection for melody, Chicago’s Ratboys – anchored by the partnership of Julia Steiner and Dave Sagan – aims to ‘write songs that tell stories and honor the intimacy of memory,’ according to Steiner.

GN, the group’s second full-length album via Topshelf Records, offers a bevy of tales, laments and triumphs, which recount near-tragedies by the train tracks, crippling episodes of loneliness, remembrances of a deceased family pet with freezer burn, and on and on. The songs shift and breathe as worlds all their own, tied together by the group’s self-proclaimed ‘post-country’ sound, which combines moments of distortion and a DIY aesthetic with a devotion to simple songwriting and ties to the Americana sounds of years past.

Drawing influence from the down-to-earth sincerity of late-90s Sheryl Crow and the confessional confidence of Kim Deal and Jenny Lewis, the songs on GN (aka ‘goodnight’) “largely detail experiences of saying goodbye, finding your way home, and then figuring out what the hell to do once you’re back,” says Steiner. The songs chosen to close both sides of the record – the slow-burning ‘Crying About the Planets’ and quizzical ‘Peter the Wild Boy’ – unpack the respective journeys of two real people who were quite literally lost and found. ‘’Crying’ tells the survival story of Antarctic explorer Douglas Mawson from a first-person perspective, and ‘Peter’ reflects on the life of a feral child in Germany who was eventually adopted by the King of England,’ according to Steiner. ‘Writing as and about these people is the best way I can attempt to empathize with them and really just wrap my mind around these bits of history that otherwise might not get talked about. And it helps me understand my own experiences a little bit better,’ she says.

Certain personal stories – the tour adventures recapped in ‘GM,’ the struggle to learn to show affection as divulged in ‘Molly’ – find Ratboys just as eagerly exploring subject matter that comes from within, and then illustrating the highs and lows with soaring hooks and plaintive ones. Even in the moments that lie somewhere between bliss and misery, a tension persists between Steiner’s sweet vocal delivery and Sagan’s physical, almost-off-the-hinges guitar playing that lends each song a deeper sense of color and movement.

Steiner and Sagan felt the impulse to make music together from the get-go – they first met as university students, quickly put out an EP together, and started performing as an acoustic two-piece in dorm rooms and backyards. During the next few years, the friends traveled separately, eventually reunited, and recorded what would become the first Ratboys record, AOID, which the folks at GoldFlakePaint describe as ‘a gleaming, joyous, raucous display of melodic indie-rock.’

After a year and a half of touring the US and Europe as a plugged-in full band (featuring the additions of drums, bass, and trumpet), the members of Ratboys returned to Chicago and holed up at Atlas Studios for two weeks to record with engineer Mikey Crotty (who had previously worked with the group on the songs ‘Not Again’ and ‘Light Pollution’). ‘This time around, we were lucky enough to feature the talents of friends who play the pedal steel, accordion, cello and violin to give the songs an extra something,’ says Steiner. ‘Dave finally got to show off his ridiculous skills on the pocket piano, and the whole thing felt like one big loving experiment.’

Those good times and long days yielded the 10 songs that make up GN, which Evan Hall of Pinegrove calls ‘a delectable chapter in the Ratboys story.’

About The Deep Dark Woods:

In Yarrow, there’s a juicy unease to frontman Boldt’s presence, as if a new door has opened to let loose the weirdness. In place of the freewheelin’ jammy vibe of previous efforts, the new album has a darker, stranger tenor. “Fallen Leaves,” a song that captures the stinging salinity of loss and the grimy, scuzzed-up “Drifting On A Summer’s Night,” occupy creepier, spookier corners of the folk world. “The Birds Will Stop Their Singing” and “Teardrops Fell” are slow-burning eulogies that demonstrate the potency of Boldt’s distinctly mournful vocals. 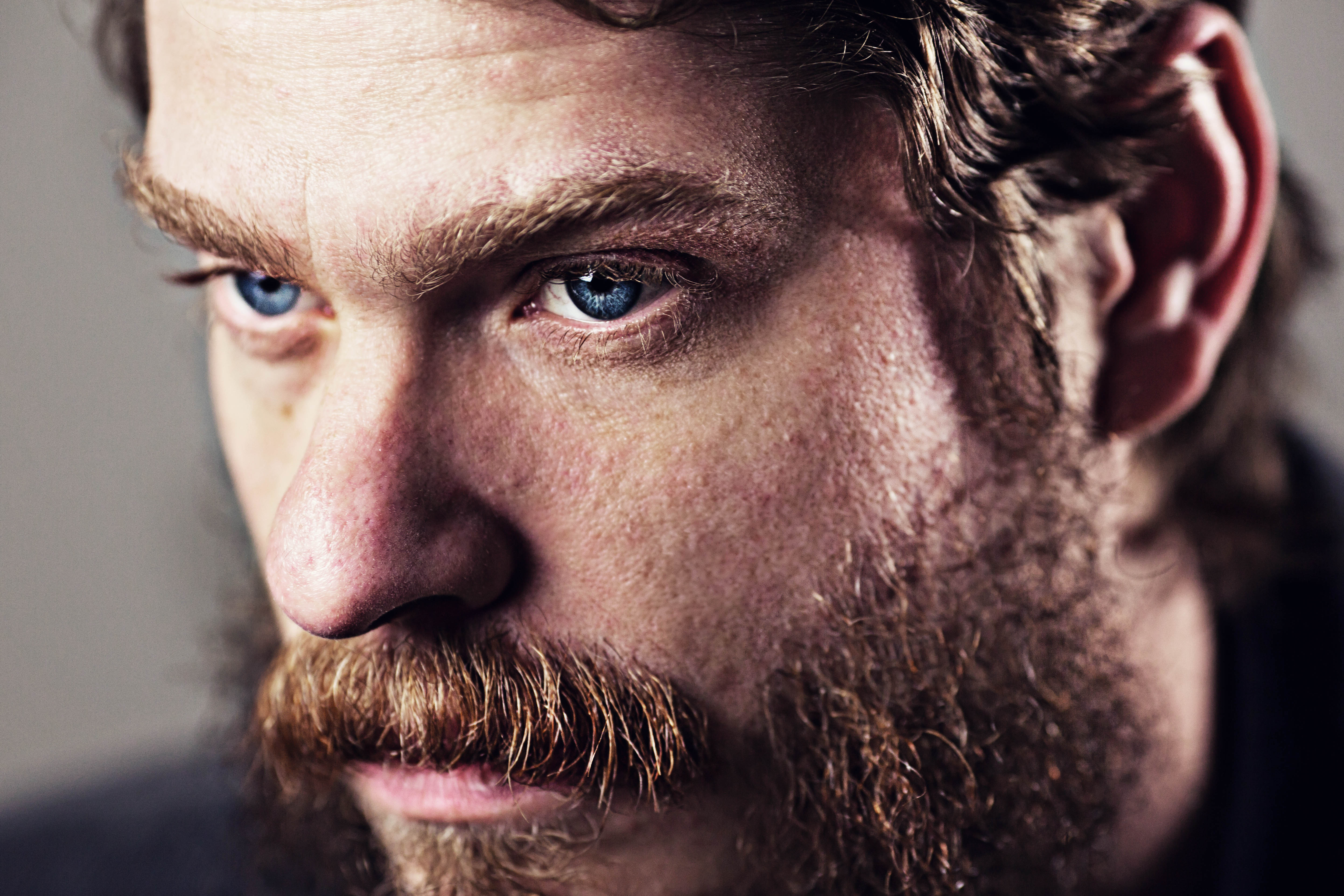 Yarrow was borne in a fever – scarlet fever, to be medically specific. A disease of the last century is a fitting backdrop for songs that dig bare handed into the loam to unearth the corpses of old English folk and country blues. After a five-year hiatus and band reconfiguration, Yarrow is The Deep Dark Woods reimagined by leadman Ryan Boldt. Produced by Shuyler Jansen and Ryan Boldt, the new album also features touring companions Kacy & Clayton.

Boldt writes in a deep tradition of bleak and forlorn storytelling, drawing lines from Ireland to Tennessee, the Oxford Girl to Folsom Prison. Since 2012’s Jubilee, Boldt’s outlook has become decidedly more macabre. In these new songs, he taps into a rich vein of gothic surrealism that aligns with some of the great murder balladeers of our time.

The Deep Dark Woods have developed an international following with particular success in the Americana realm, nominated alongside Alabama Shakes and Dawes for Emerging Artist of the Year at the 2012 Americana Music Awards. Originally from Saskatchewan and now based on the west coast, The Deep Dark Woods fuse spooky prairie folk with Texas country blues and California psychedelia. 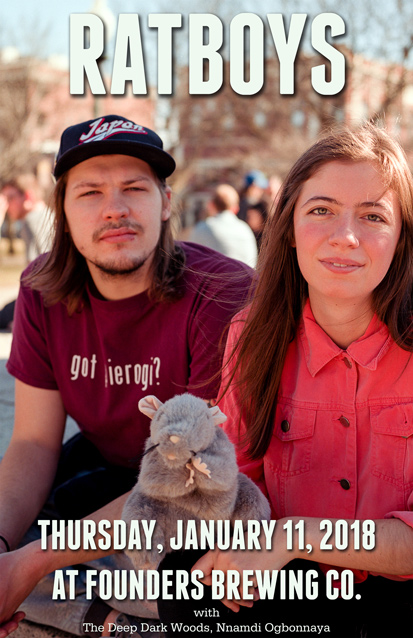 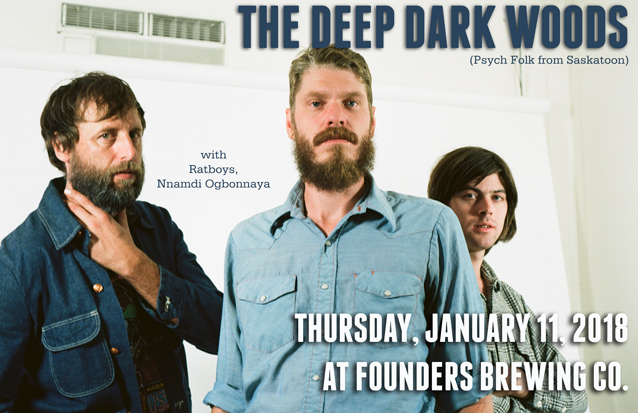 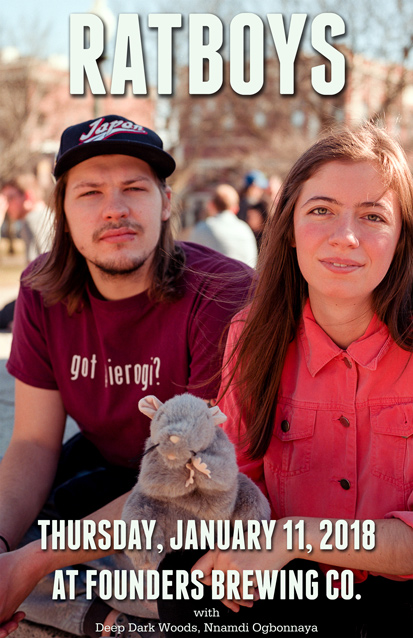