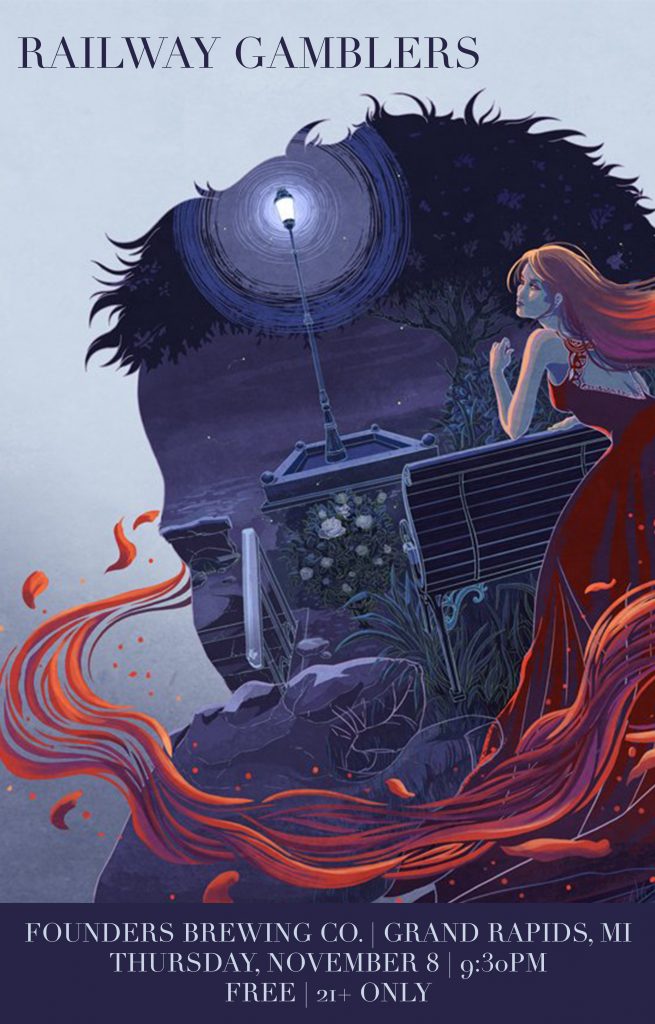 Railway Gamblers
Cosmic Americana is the best way to describe the jangly and ambient atmosphere of Railway Gamblers. Originating on the Southside of Chicago in March 2014, the group has strayed from the local norm of solely focusing on covering iconic artists and, instead, devoted their time to crafting their own resonant and original sound.

Brendan Folliard (singer, primary songwriter, rhythm guitar, harmonica, piano), Matt Fricks (lead guitar), and Sean Wilmsen (drums) make up the core of the group, along with additional bass personnel (Dan Kane and Joe Sexton) in the live setting. With the guidance and expertise of top-tier recording engineers (Mike Hagler and Greg Calbi), their four studio albums have received high praise from their United States fan bases and have also commanded the attention of international music media outlets. This has led to a consistently-increasing level of recognition and many sold-out shows across the Midwest.

From their influences rooted folk music to their incorporation of modern rock and roll, Railway Gamblers continue to generate a sound that may be difficult to identify as one solitary genre; but it’s one that is palatable, engaging, and honest.

The Tomblands is an existential rock n’ roll band consisting of Nick Georgelos, Danny Stankus, Liam Burns, Jimmy Kowalczyk, and Joey Buttlar. Danny, Nick, and Liam came together in Urbana-Champaign, 2014 and decided the world is both absurd and beautiful. Since relocating to Chicago, they’ve continued to play at venues and various DIY spaces throughout the city and the Midwest. The band is currently promoting their first two EPs and new singles around the region while working on their first full-length. 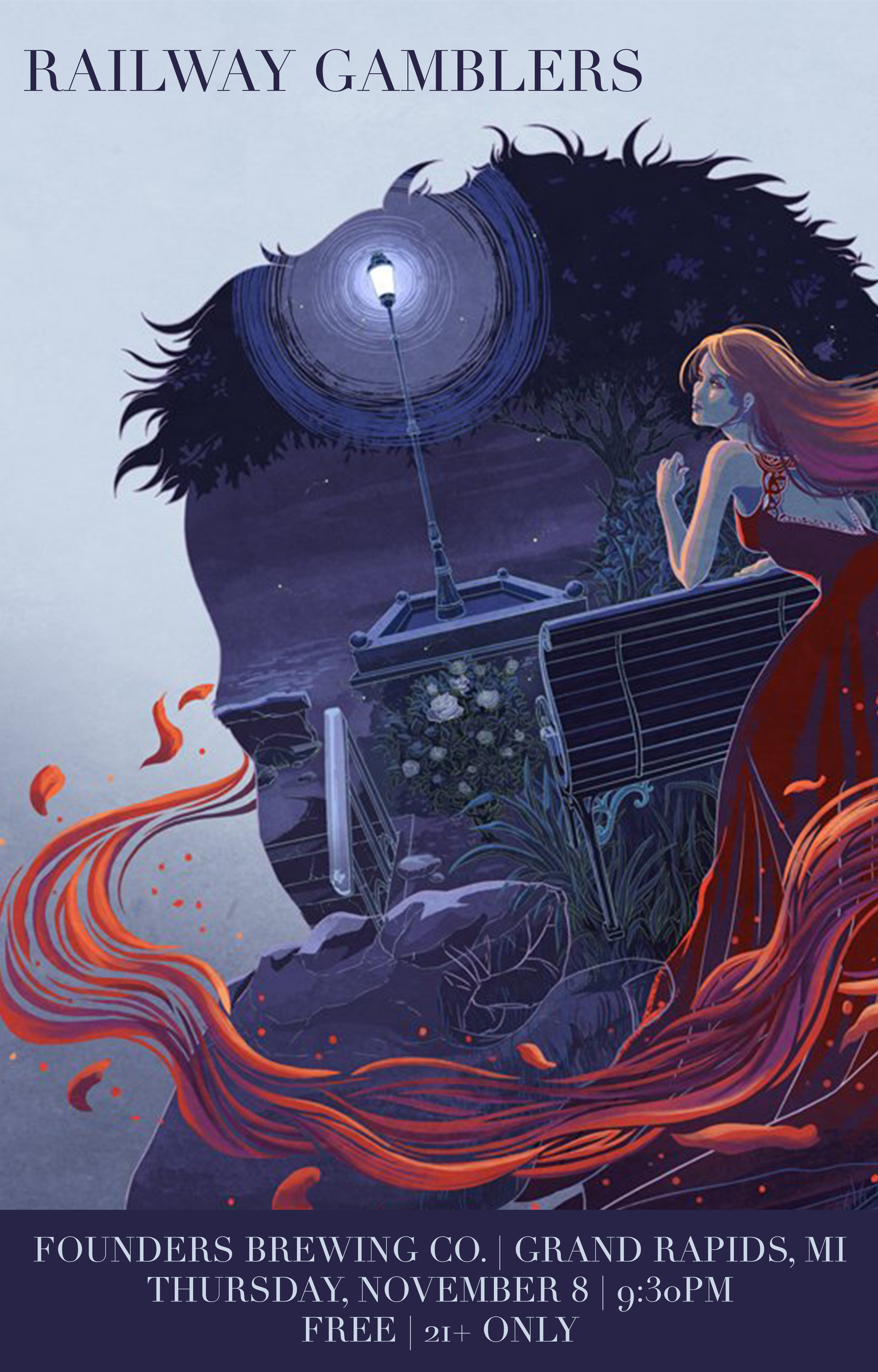