Seven years in, averaging nearly 175 shows per year nationwide, and Michigan-based world-beat-folk-rockers The Ragbirds are just getting started. Before heading into the studio in March to begin work on a new album, the band is setting off across the country for their winter tour. 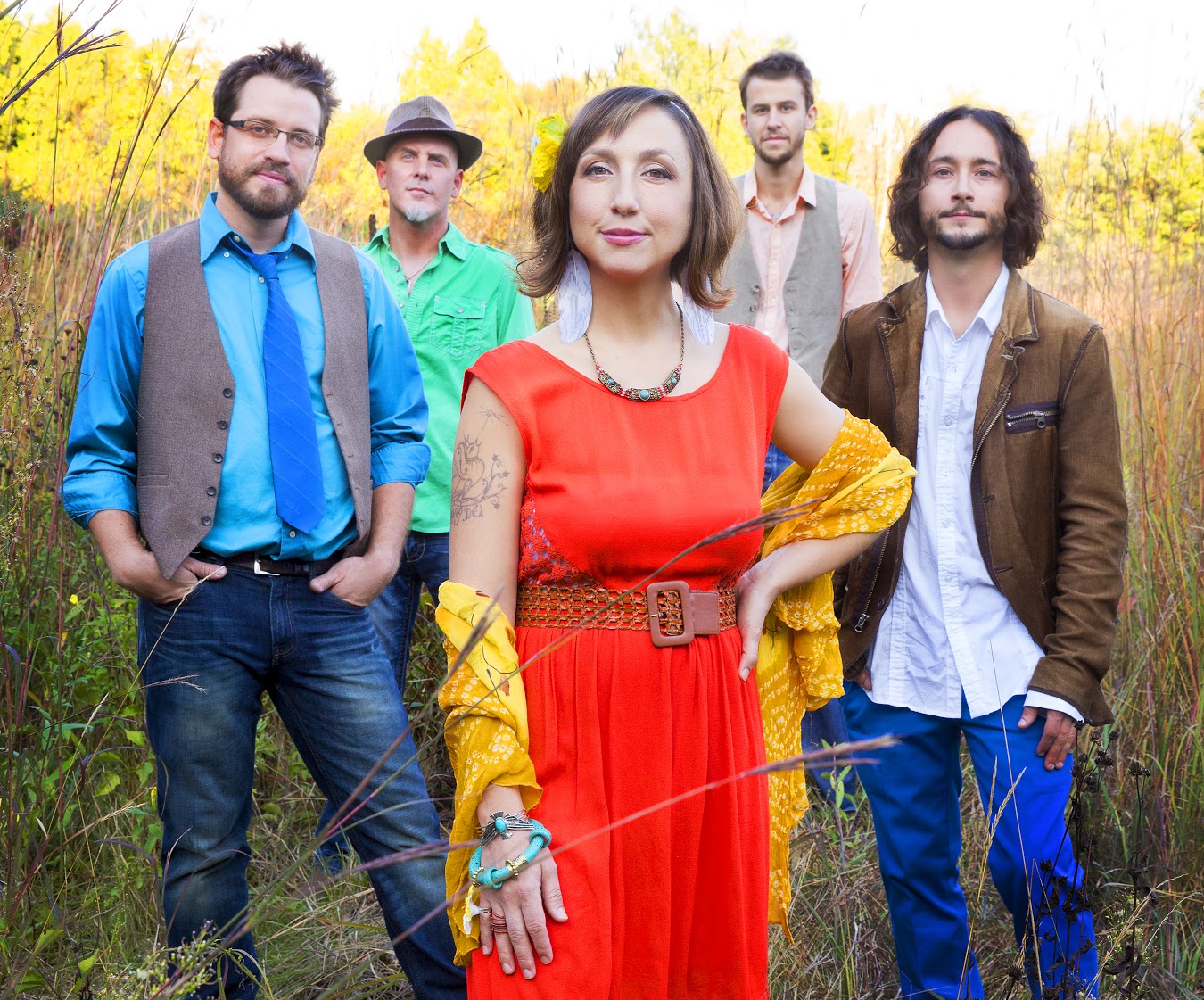 Like a mix tape made by a well-traveled friend, The Ragbirds music is diverse and foreign, yet somehow familiar: hook-laden pop with a kaleidoscopic array of worldly influences, with a gleeful disregard for contemporary folk-rock convention. The group is centered our dynamic frontwoman and and multi-instrumentalist Erin Zindle, skillfully switches between violin, mandolin, banjo, accordion, and percussion, all while dancing around the stage. Surrounding Zindle’s earthy-sweet voice are the sibling harmonies of whirlwind guitarist T.J. Zindle, bassist Dan Jones, drummer Jon Brown and standout percussionist Randall Moore.

The Ragbirds have won over crowds at CMJ Music Marathon, SummerCamp, Electric Forest, All Good Music Festival, Dark Star Jubilee, Great Blue Heron Music Festival, and many more festivals from coast to coast and has shared the stage with artists ranging from Ween and Keller Williams to Rusted Root, Railroad Earth and Brandi Carlile.

In March, the band will begin work on their fifth studio album with producer Jamie Candiloro (Ryan Adams & The Cardinals, R.E.M., Willie Nelson). The project is being funded via a fan campaign at PledgeMusic.com and a fall 2015 release is anticipated.