Join us as we welcome Jam scene stalwarts, Perpetual Groove to the stage at Founders Taproom – Grand Rapids for a very special Mug Club Appreciation concert. Admission for Mug Club members is FREE with General Admission being just $5.

Perpetual Groove based in Athens, GA, rides an unending wave of
momentum buoyed by an enthusiastic fan base and international critical acclaim. PGroove’s music has evolved into a genre-bending, highly original sound that touches upon jazz-rock, neo-psychedelia, R&B, trance electronica, progressive rock, and anthemic arena rock. Their large catalog of original music offers something for everyone, but the band is also known for their eclectic range of covers; including everything from Michael Jackson’s “Thriller” to Rage Against The Machine’s “Bulls On Parade”. The addition of an intense, retina burning, intelligent light show creates an atmosphere unlike any other, assuring fans they’ll get a highly polished, yet
different show each night.

Perpetual Groove released their first album, Sweet Oblivious Antidote, in 2003 on Harmonized Records after their first year of solid touring. Besides being the top seller for The Home Grown Music Network that year (it outsold releases by Phish, Widespread Panic, and others), it was also voted theHome Grown Music Network Top Fan Pick for 2003. The buzz only got bigger on the 2004 followup record, All This Everything, which was produced by Grammy award winner Robert Hannon. LiveLoveDie, their third record was released in March of 2007 and represents a significant evolutionary departure in style for Perpetual Groove. Teaming up once again with Hannon and Tree Sound Studios, the band set forth to create a darker sonic landscape without sacrificing too much of that “PGroove quality” thanks in part to Butler’s warm, soaring vocals. HEAL, released in 2010, firmly established Perpetual
Groove as more than a jamband with its focus on well-crafted songs. Honey Cuts, an EP released later in 2010, featuring three songs that did not fit the theme of Heal. PGroove has performed many US festivals with performances at All Good Music Festival, Gathering of the Vibes, Wakarusa, Bonnaroo, Jam Cruise, High Sierra, Jazz Fest, Riverbend and their own annual gathering, Amberland. The band has also made appearances at International events such as Jam in the Dam and Caribbean Holidaze. Perpetual Groove pushed the envelope in the music industry, touring behind the first ever 5.1 surround sound system and producing the first album to be completely offset by renewable energy credits. 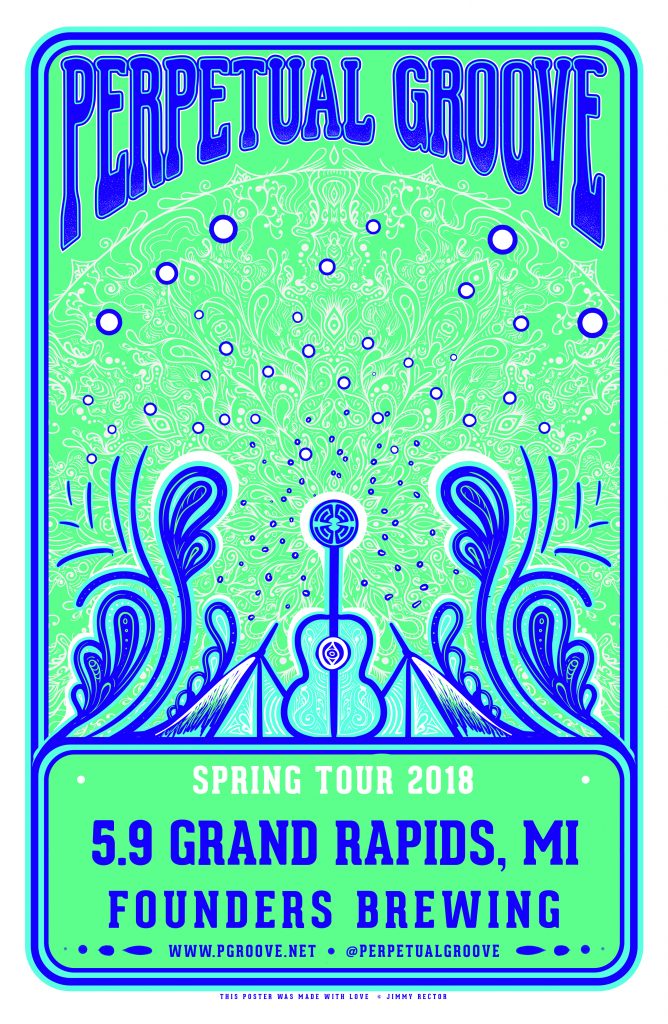