Described as, “peace, love, and a giant crowbar,” Patty PerShayla has a gritty, yet sweet singing voice, and has both explosive and tender moments in her performance. Her WYCE Jammie-nominated debut EP, Oracle Bones, is Halloween-inspired and ranges from dark, acoustic tracks (trick) to brighter arrangements with ukulele (treat). Her full band, Patty PerShayla & The Mayhaps, is currently recording a full-length rock record, to be pressed to vinyl later this year. They were named one of Revue Magazine’s Five Bands to Watch in 2020.

Combining a love for blues, classic, and roots rock with a modern edge and bite, Patty PerShayla & The Mayhaps set out to bring a fresh and fun sound to the stage that has something for everyone. Drummer Alec Klinefelter’s heavy-handed beats combined with guitarist Lucas Powell’s riff-driven arrangements and bassist/vocalist Patty’s driving rhythms and attitude create a sound so full and hard hitting, you’ll be amazed they’re only a three-piece. As a group of misfit nerds and outcasts themselves, the band brings an authentic approach to songwriting, fueled by PerShayla’s witty and sincere lyrics, focused around internal struggles and self-empowerment (and maybe a little Skyrim).

Patty’s solo act includes three segments: upbeat, rhythmic folk on acoustic guitar to start, followed by ballads and reimagined grunge favorites on ukulele, and ending with a vintage-inspired electric guitar set, exploring blues and gloomier arrangements of classic rock songs. Whether she’s onstage with the trio, wielding a bass as her weapon of choice, or tucked in the corner of one of her favorite Michigan breweries, Patty PerShayla brings to the stage a strutting, stomping, crooning good time that you won’t be able to ignore. 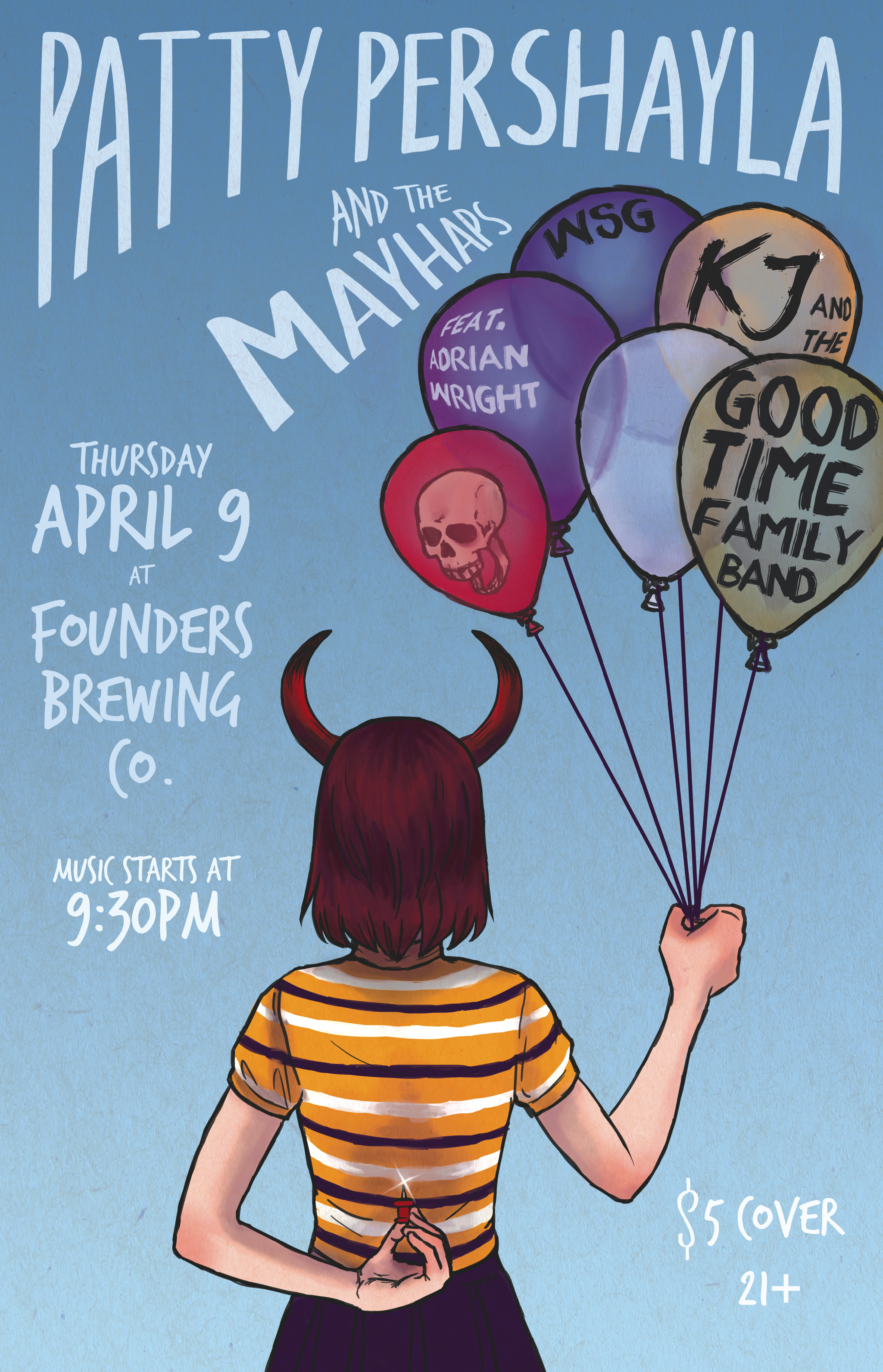