OVERDRIVE ORCHESTRA
Progressive-stoner-rock-jammers, Overdrive Orchestra is an orchestration of sound, soul and energy influenced by the wide range of talent they surround themselves with. Founded by Michigan-natives Chris Cranick (guitar) and Adam Bogues (bass), OO learned quickly that artists of all backgrounds have something to contribute to their own sound. With the addition of Shaun Sova (guitar) and Cameron Hill (percussion) in 2016, and James Blevins (synth) in 2018, Overdrive is back in the studio recording their third album to be released in 2019. The band previously released two independent EPs– 407 (2012) and Heading East (2013). In addition to their recordings, you can catch OO rocking out local venues in Detroit, Grand Rapids and surrounding areas.

When listening to Overdrive Orchestra, you will never hear the same sound twice. Their sound and vibe has been described as gritty, natural, and hypnotic, but you need to hear it for yourself to truly understand. The lyrical themes touch upon peace, love, spirituality, and enlightenment while also expressing communal frustrations with politics, taboos, and the human condition. The common theme throughout Overdrive’s career has been collaboration, and the band aims to feature at least one local artist during each set. If you’re an artist and you like their sound, reach out. You’ll fit in.

The music is a loud frenetic mix of punk, hard rock, metal, stoner rock, with some good ol’ Detroit scuzz thrown in for good measure (ok and some rough pop melodies for their moms too!). As far as their live show; Slumlord Radio’s  onstage drunken swagger, scruffy Midwestern charm comes through in spades. Often playing with a reckless abandon of a bear ripping through a camper looking for food- the shows are always a high energy affair! 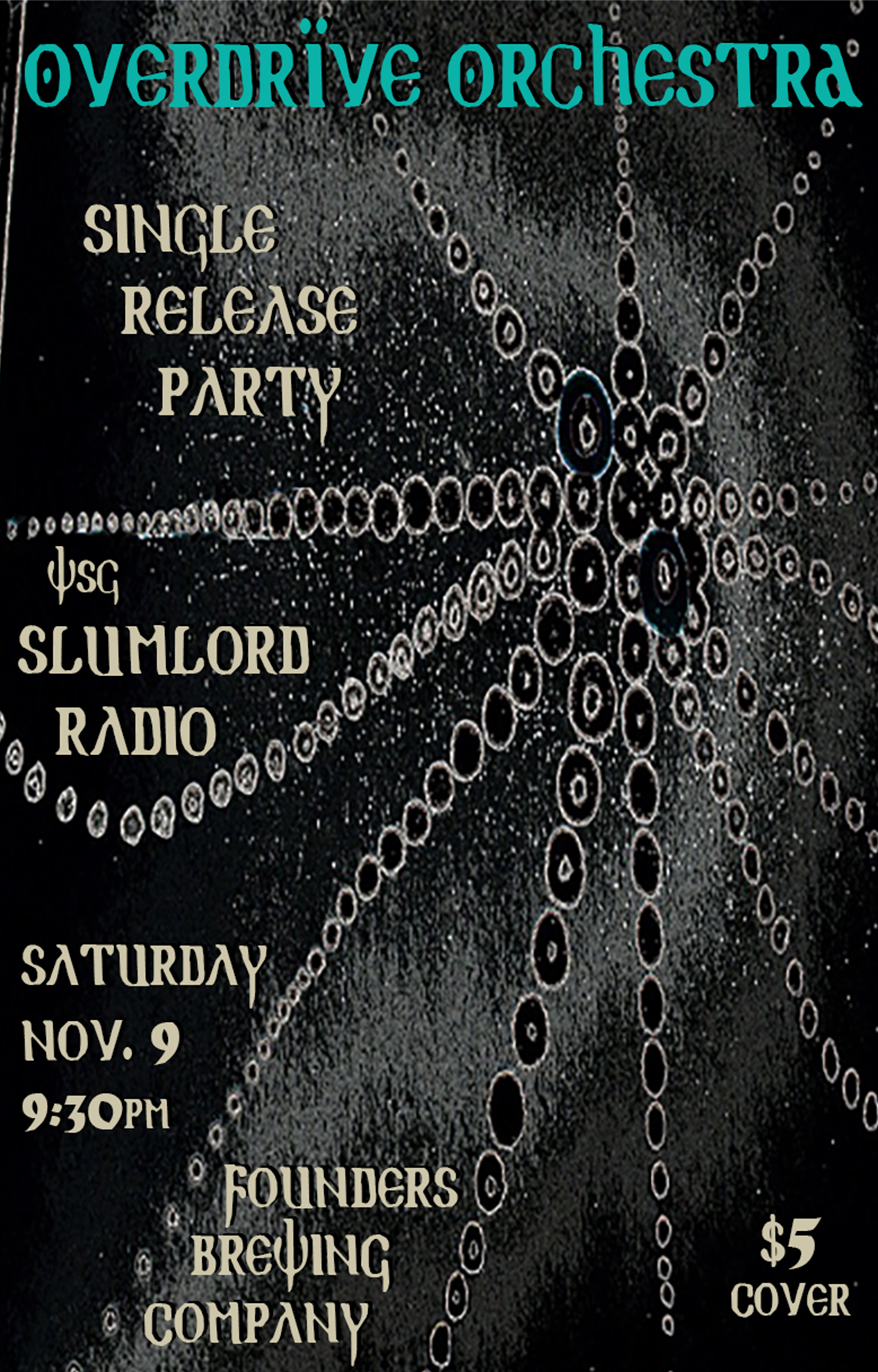