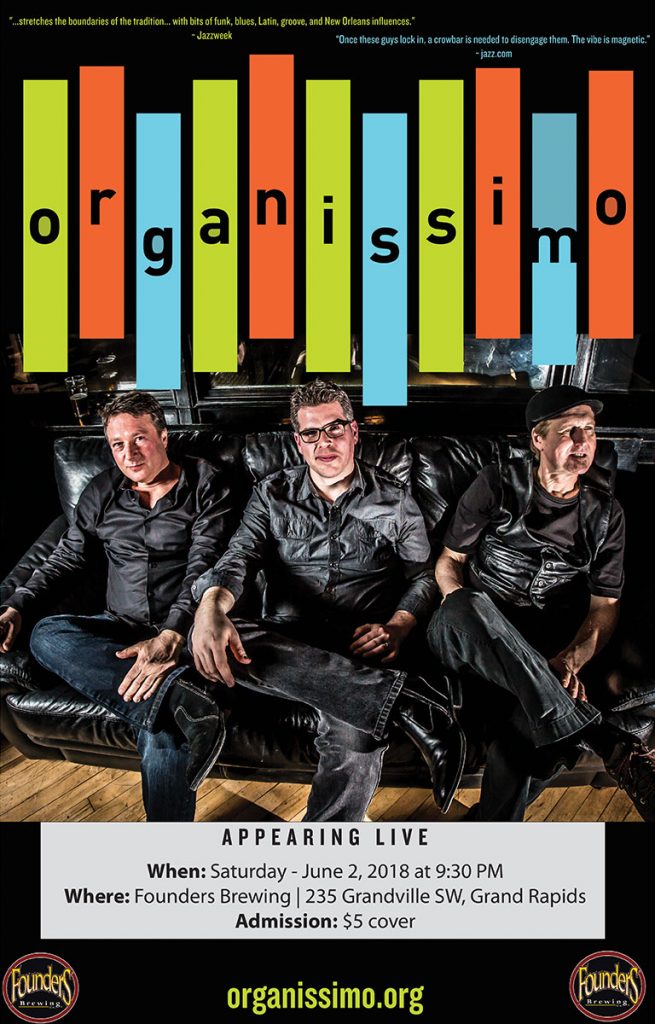 You might take notice of something at an organissimo performance. The audience isn’t the typical homogenous “jazz” audience. You’ll see a healthy mix of people from all walks of life; young and old, black and white, from hippies to corporate professionals and everything in between. organissimo’s music skirts over fences and satisfies a diverse range of tastes. You’re as likely to see people dancing as a group of folks intently listening.

As American cultural critic Elvis Mitchell wrote after witnessing a show at Baker’s Keyboard Lounge, “The group’s toned, muscular playing keeps the crowd rapt, a condition noticeable by the fact that almost no one is talking.“

organissimo formed in late 2000 as a vehicle for guitarist Joe Gloss and organist Jim Alfredson’s growing stable of original songs. When they met at Michigan State University in the late 90s, the two quickly recognized a rare musical chemistry and began a search for a complimentary drummer. Randy Marsh fit the puzzle perfectly. In 2010, Detroit guitarist Ralph Tope joined the band after Joe’s departure. Ralph left in 2012 and Larry Barris joined the band as guitarist.

The focus of organissimo is on original material and extending the tradition of the classic organ-based trio. organissimo’s sound is instantly identifiable yet constantly evolving, infusing elements of funk, gospel, blues, progressive rock, and Latin rhythms into a solid foundation of jazz. Shifting meters, deep grooves, melodic finesse and tight ensemble interplay are hallmarks of the organissimo sound. 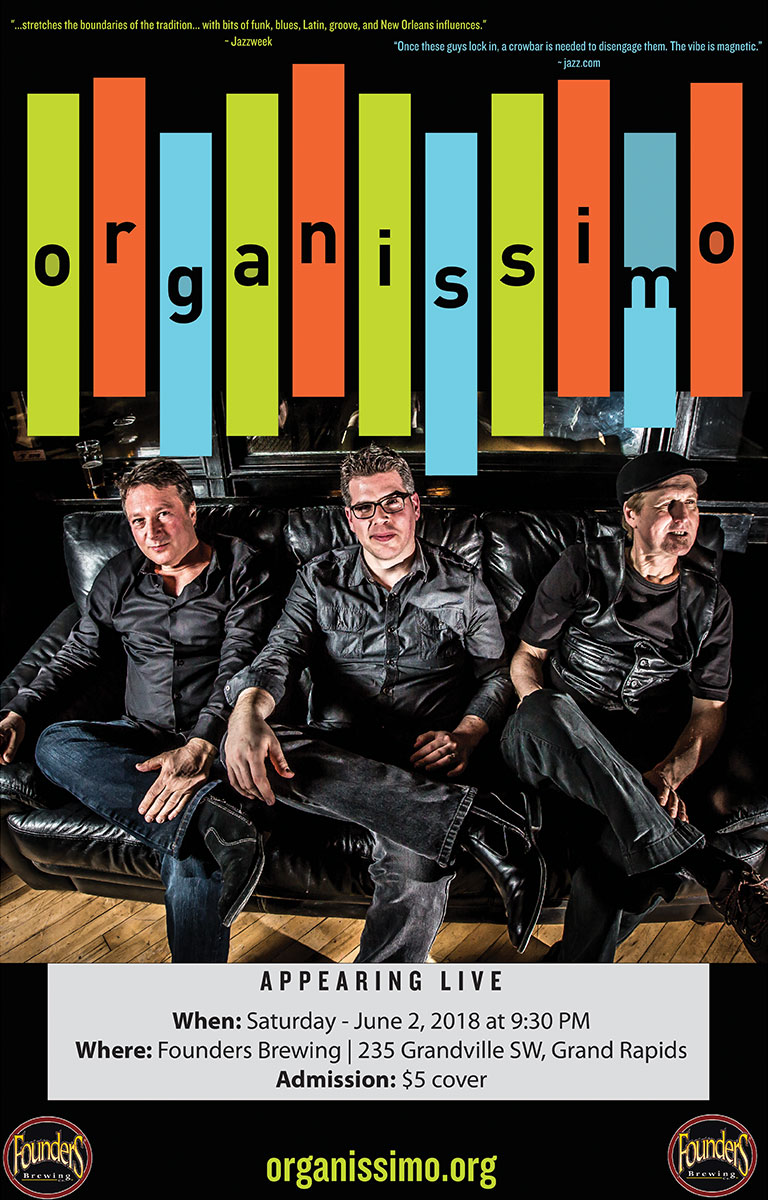