Of her own volition, Grand Rapids-based singer-songwriter and multi-instrumentalist Olivia Mainville dove headfirst into the world of music as early as the fifth grade, when she had begun playing viola and upright bass in orchestra class. Following her first Wheatland Festival in 2012, Mainville fell in love with the idea of performing her own songs on stage, which eventually inspired her 2014 gypsy swing and baroque pop debut EP, Full Steam Ahead.

Since the release of her first solo output, Olivia has forged a unique path within the Mitten scene, becoming known alongside her band, the Aquatic Troupe, for their energized, dynamic performances and their gargantuan musical talent. Olivia Mainville & the Aquatic Troupe’s debut album, Maybe the Saddest Thing, releases on December 10th, 2015. Comprised of consummate young talents Mainville, Andy Fettig, Bleu Quick, Libby DeCamp, and Ian Burke— and with a special guest appearance by none other than David Bowie’s bandleader and lead guitarist, Gerry Leonard —their multifarious, enthusiastic delivery is sure to be a hit with listeners everywhere.

Throughout her career as a professional performing musician thus far, Olivia has toured with notable folk band Caravan of Thieves, and has collaborated with stellar Michigan artists like the Ragbirds, the Appleseed Collective, the Accidentals, and Jack and the Bear. She’s also made appearances at significant festivals and venues throughout the Mitten, such as Blissfest in Harbor Springs, the Majestic in Detroit, and the Ark in Ann Arbor. Between Olivia and her band mates, the Aquatic Troupe is capable of playing 11 instruments, ranging from guitar and violin to the trumpet, accordion, and omnichord – all of which encompass their collective sound.

“I really love that we’re growing as a band,” says Olivia. “We are always exploring new styles and inviting other musicians into our live shows to lend their talents and expand our sound. That’s the most exciting thing. We’re not getting stale; we’re getting better all the time.” 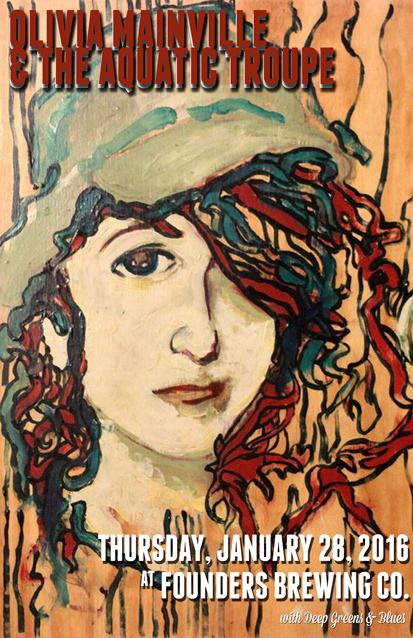 History sometimes repeats itself, but that’s not always a bad thing.

Since its humble beginnings in 2011, Grand Rapids-based alt-country band Deep Greens & Blues has found inspiration in the singer-songwriters of the 1970’s. While the band’s name is a nod to a popular James Taylor lyric, it also is an endorsement of the style of music defined by Taylor and his peers- authentic and unabashed, connecting with audiences through intricate storytelling.

As they began to write together, Deep Greens & Blues built their songs the same way their musical ancestors have: acoustic arrangements with engaging melodies and striking harmonies. Their diverse musical experiences served them well, as they were able to crossover mainstream boundaries to create a fresh and captive sound. 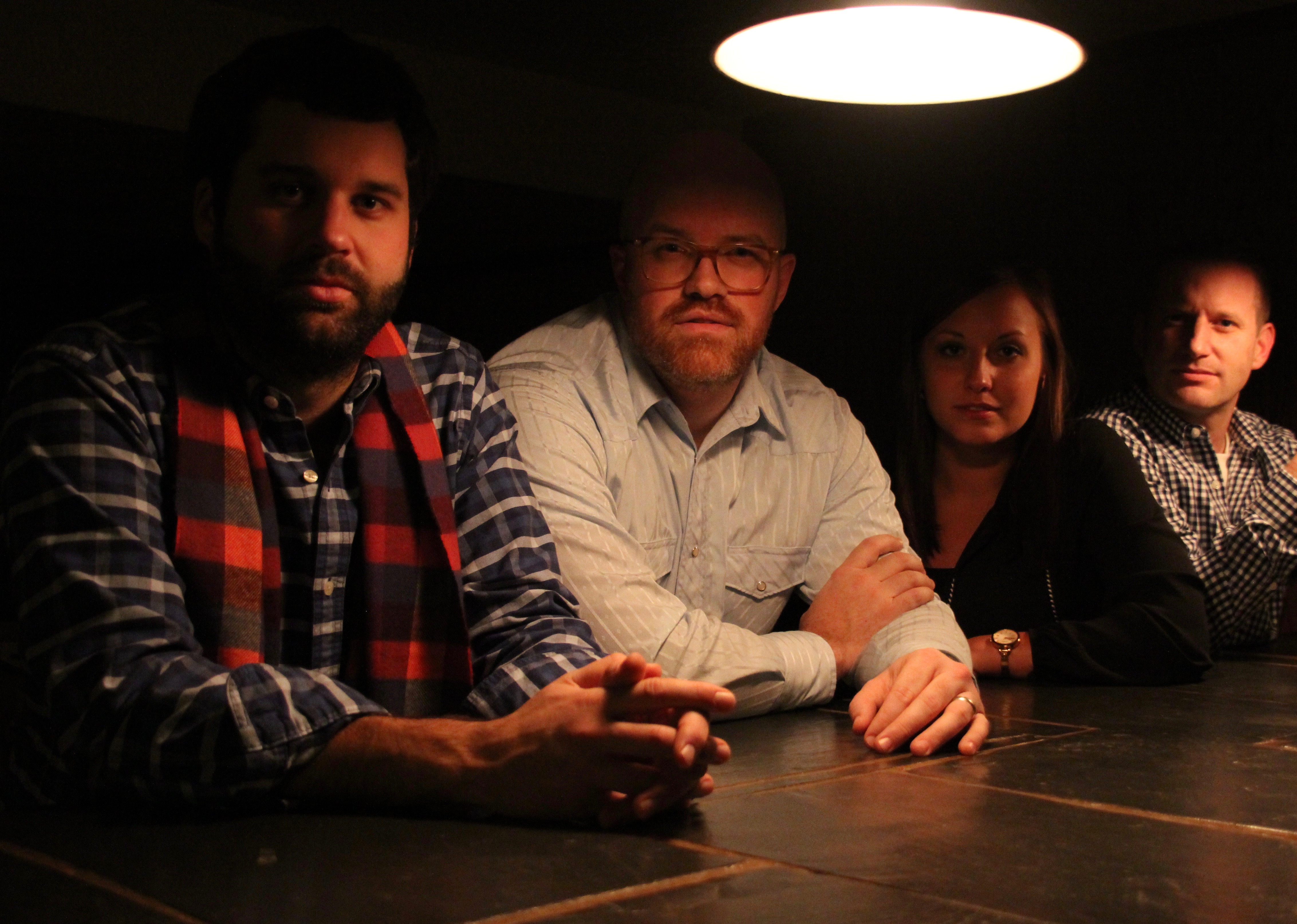 With the release of their debut album Back to Home in 2012, Deep Greens & Blues established its own distinct, harmony-driven vibe. Dabbling in elements of folk, country, blues, and pop, they found receptive audiences in communities across Michigan and pushed themselves to grow and share their music with more listeners. With the highly anticipated release of their second album Chasing Horizons in January 2016, Deep Greens & Blues brings a renewed enthusiasm to the coming year. A product of two years of songwriting and nine months of recording, the band approached their songs with unbridled care and respect. “We really wanted to leave it all on the table for this album,” says drummer Ben McNeil. “Our only concern was staying true to ourselves and taking the time to create music we can be proud of.”

“I have a deep appreciation for the passion that each of us bring to this band,” says lead singer Travis Atkinson. “We have taken opportunities to make ourselves vulnerable in our music, and it’s paid off immensely. I can’t wait to see where the next chapter of this journey brings.” 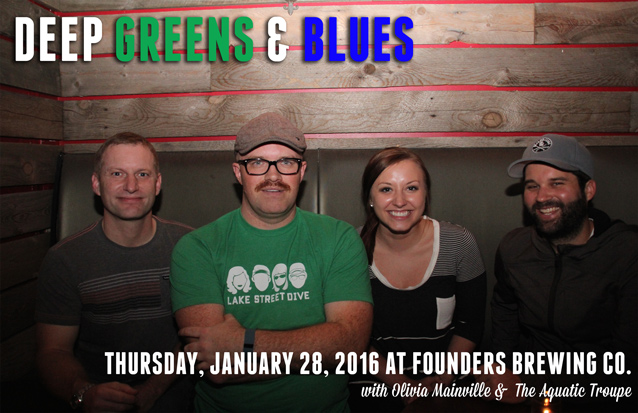