The Nth Power
Proving that soul music can be exponentially greater than the sum of its parts, The Nth Power is on a mission to share the light. Formed during an impromptu late-night jam at Jazz Fest 2012 in New Orleans, the relentlessly funky and soulful band believes in music as a higher power tapping into an energy that is simultaneously sexy and spiritual, with songs that will inspire audiences to dance, groove, make love or just stand there with goose bumps.

The Nth Power’s 2013 independent EP, Basic Minimum Skills Test, showcases a first glimpse of the spark shared among the group, delivering gospel-style vocals with soul, jazz, funk and world-beat riffs in nearly mathematical fashion. They have followed up that release with a studio album in 2015 “Abundance” produced by Ira Schickman and live release “To Be Free” in 2016 recorded and mixed by Paul Diaz.

“It’s my dream team,” said Glaspie, “each one of us is a songwriter, so when we get together, everything becomes that much stronger.” Beyond raw skill, however, Glaspie cites a deep spiritual connection as the glue that binds them together. “Music is what brought us together, but its the spiritual bond that makes us play so in touch with each other,” she explained. And at the core of their vibe is a deviously simple concept the healing power of love.

The Nth Power’s inspirational sets have floored audiences at music festivals like Electric Forest, Bear Creek, Catskill Chill and North Coast Music Festival. The band has been relentlessly touring and writing for the past 4 years since their inception and continue to grow in their mission as they spread love and healing through music across the land.

Although the band members are based across the East Coast, they maintain New Orleans as their spiritual home, and the celebratory essence of that city’s music culture is audible in each performance.

Simply put, there is something pretty magical happening in this band, and they’re only just getting started. “Were going as far as you can go on the planet Earth and playing music,” explains Glaspie, “I don’t know how many times we’ve said it we are so blessed.”

Together, The Nth Power wants to change lives through a message of musical love and understanding.

Desmond Jones is a five-piece American rock band from Michigan. With original music written to complement the group’s sound as a whole, the music is centered around melodic guitar riffs, funky bass lines, groovy drumbeats, and smooth saxophone. The group takes influence from Frank Zappa, The Grateful Dead, The Beatles, Charles Mingus, Phish, The Band, and Led Zeppelin to name a few. Desmond Jones puts on exciting and high-energy shows with a high level of musicianship and skillful improvisation. Each show, set list, and song is different from night to night. The group has played over 600 shows all over the country and has shared the stage with bands like Papadosio, Joe Russo’s Almost Dead, EOTO, Here Come the Mummies, Aqueous, Mungion, Dopapod, Joe Hertler and the Rainbow Seekers, and many more. Desmond Jones has released two EPs and one full length studio album available on all major platforms. With their sophomore album coming out Summer 2019, the band looks to hit the road and every diner along the way.

Mike Dillon plays vibraphone and rants into the microphone. Combining styles and years of experience, MDB makes a noise that is unique in many ways. Dean Wean said, ” The Mike Dillon Band is my favorite touring band on the planet’ at the ween after show where all of Ween sans Gene, joined the stage with Mike. The current lineup includes some of New Orleans best musicians. Nathan Lambertson is a top call upright jazz bassist with a punk rock heart of gold. Cliff Hines has been playing with Mike since 2012 and is the backbone of this group providing amazing counterpoint and power on the guitar. In the drum department, Paul Thibodeaux and Claude Coleman Jr. take turns battling providing the pocket and percussive artillery. 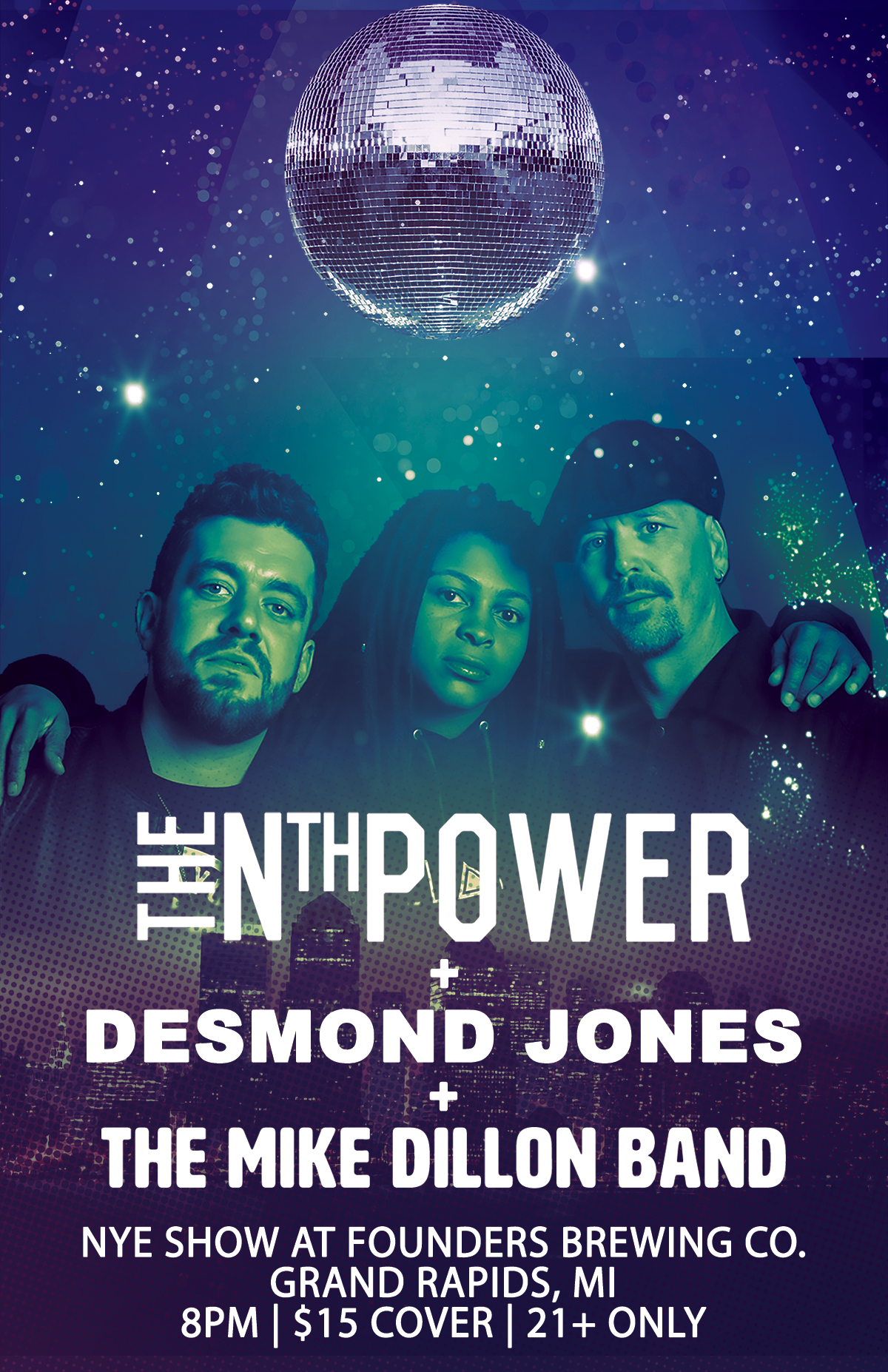