Nora Jane Struthers is “remarkable,” says Ann Powers of NPR Music, and writes music that is “as powerful as anything Jason Isbell released this year.” The songs that last decades and weave themselves into the fabric of listeners’ lives are usually the ones in which an artist lays her soul bare for the world to hear. Struthers’ new album Champion, released at the close of 2017, is built on these kinds of songs.

Struthers wrote and recorded the album with her longtime road band the Party Line, and the chemistry between her and the other players is palpable. Champion is the follow-up to 2015’s Wake, and earned Struthers acclaim from major outlets like NPR’s Fresh Air, Rolling Stone, and Vice/Noisey, who raved that “Nora Jane Struthers and her band sound ready to take over Americana completely … bringing a fuller, harder sound to the table.”

Born in Virginia and raised in New Jersey, Nora Jane grew up playing and singing bluegrass and country music with her banjo-playing father. After a move to Nashville, Tennessee and a brief stint fronting the band Bearfoot, in 2012 she formed her band the Party Line and started taking her songs on the road, creating a sound that blends infectious rock with her country roots. She fronts the band on acoustic and electric guitar and is joined by Joe Overton (banjo, fiddle and steel guitar), Josh Vana (electric guitar and harp), Brian Miller (bass) and Drew Lawhorn (drums). Now, after hundreds of performances at venues and festivals from coast to coast, the band is known as much for their tight, high energy live show as for Struthers’ smart and disarming lyrics.

There’s an honesty and energy to Nora Jane’s stage presence; a vulnerability that is part and parcel of great artistry. In one moment, she joyfully leads the audience in a dance party … in the next, she lays her soul bare for the world to hear. A performance by Nora Jane and her band is full to the brim with stellar musicianship, unexpected arrangements that blur the lines between folk, roots, and rock, and an audible sense that everyone in the room is having a damn good time. 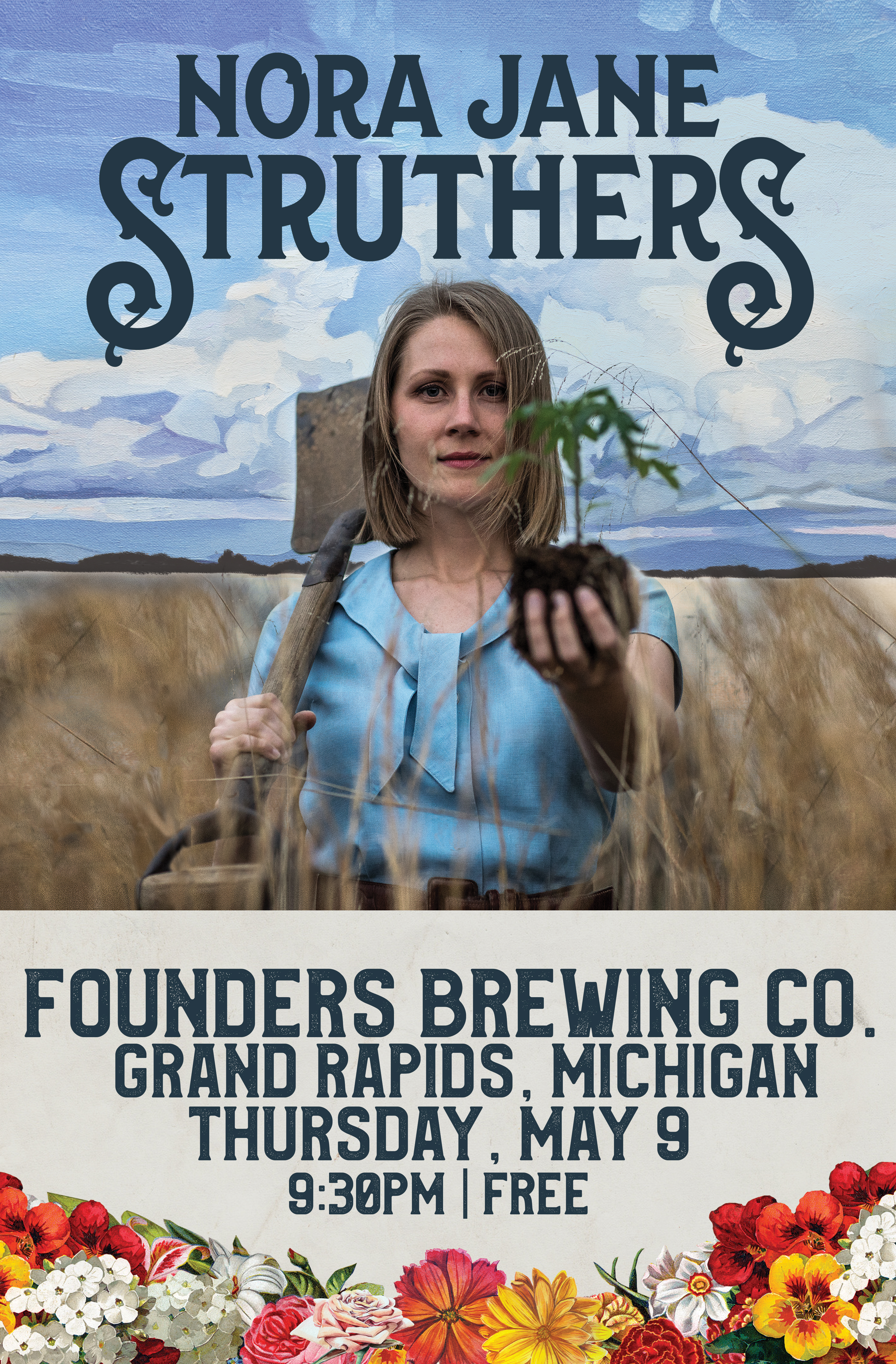