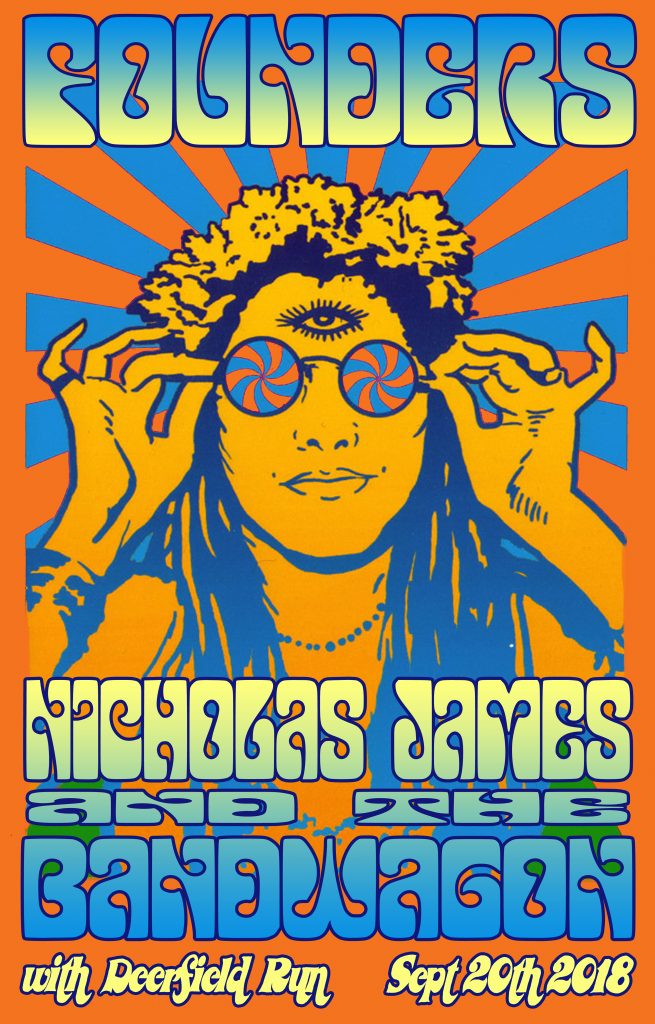 NICHOLAS JAMES AND THE BANDWAGON
Traveling around in a bright orange 1973 Volkswagen Bus, singer songwriter and Earthwork recording artist Nicholas James Thomasma combines stories and songs with humor and wit for a show that can be enjoyed by patrons of all ages.
The Bandwagon is the supporting cast behind Nicholas James Thomasma. When asked if the band played any honky-tonk, Pete Weatherhead slyly replied “Nope. It’s more like Hippie-Tonk.” Get ready for good times ahead. Hop on the Bandwagon!

DEERFIELD RUN
Deerfield Run blends blues rock with a touch of country and a dash of funk, serving up a tasty musical blend that’s irresistible to audiences. The Grand Rapids, MI band focuses on delivering strong original songs and surprising covers pulled from a deep back pocket of classic tunes. Their powerful instrumental and vocal performances captivate both young and more experienced audiences. Look out for Deerfield Run as they begin to play more through Grand Rapids and West Michigan, with an album (hopefully) coming in 2016 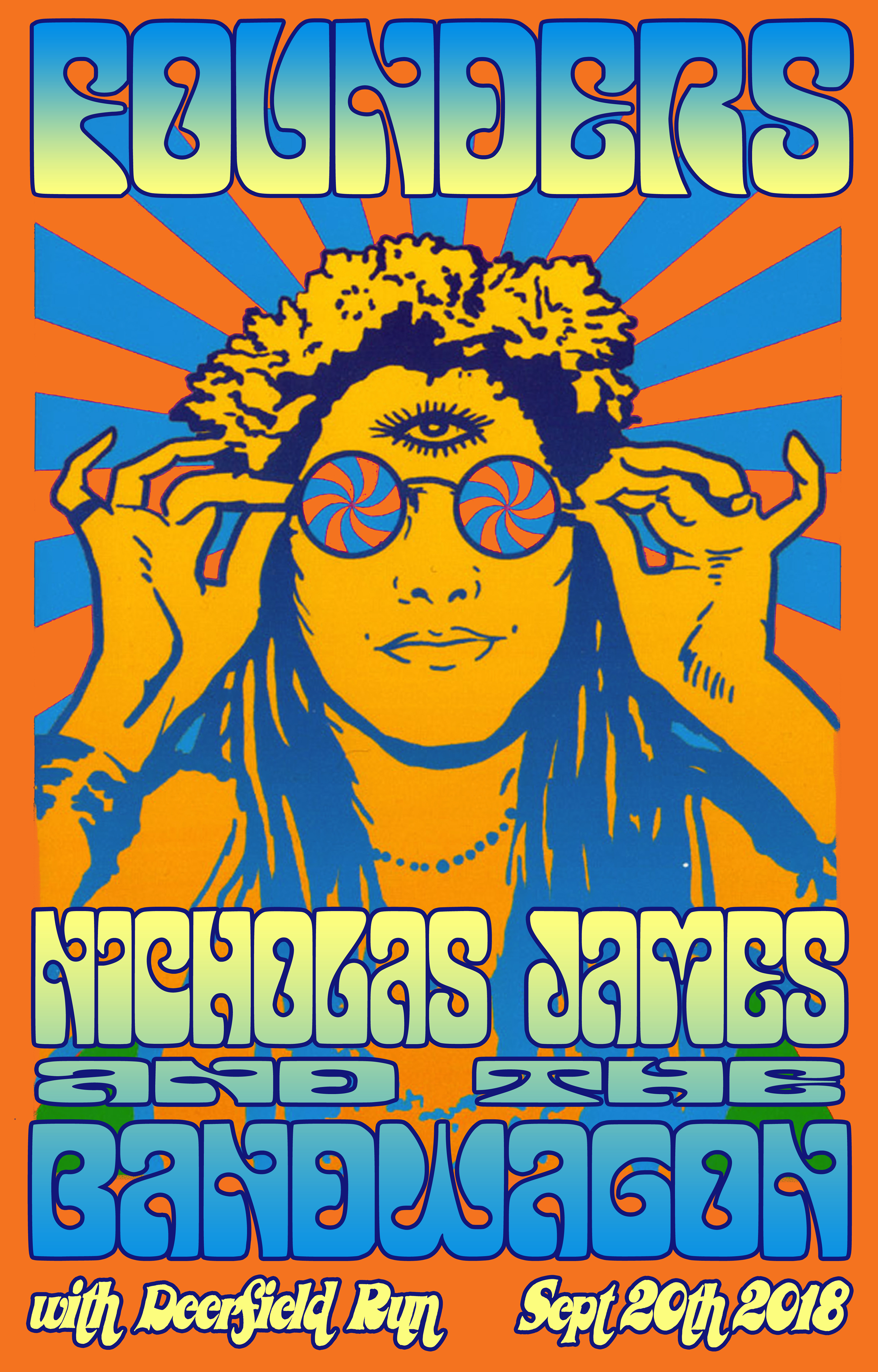