Moon King (aka Daniel Benjamin) has been making beautiful and ecstatic noise in the fertile scenes of Toronto and Montreal for half his life. Over the past year he relocated to Detroit and immersed himself in yet another city crackling with musical excitement. Moving from the raw and rapturous guitars of his debut LP Secret Life (2015, Last Gang), he describes his new music as “rhythmically & sexually liberated.” New songs were road tested in an October tour with DIIV and received overwhelmingly positive reactions, with fans asking how to get them after every show. 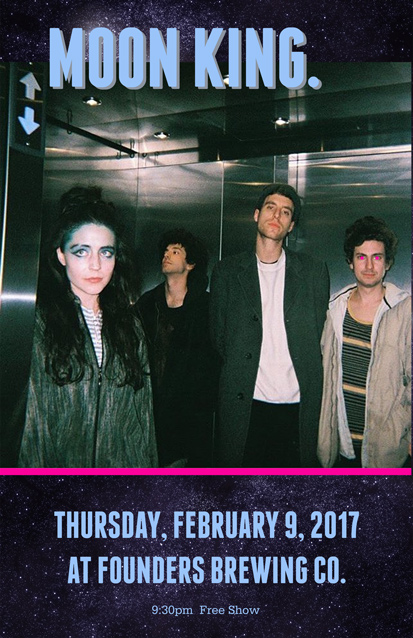