MO LOWDA & THE HUMBLE
Known for their progressive song writing and energetic live performances, Mo Lowda & The Humble’s beginnings were in the beer-soaked basements of Philadelphia. Following the release of their first full length album in 2013, the trio, consisting of Jordan Caiola, Shane Woods, and Nate Matulis began playing venues throughout the city. After experiencing the high of multiple sold out hometown shows, Mo Lowda took their act on the road and began consistently touring the country. Their 2016 sophomore release, ‘Act Accordingly’, was a short and sweet embodiment of the band’s natural progression; refining their already formidable sound. Following that release, Jeff Lucci stepped in as the new bassist, bringing his unique songwriting and tasteful use of effects pedals into the mix. On the heels of playing over 100 shows nationwide in 2017, Mo Lowda is set for a full US tour In 2018, in support of their upcoming Full-Length entitled “Creatures”.

THE HACKY TURTLES
The Hacky Turtles hail from Grand Rapids, MI. They have been forged from the gritty wilderness of conifer and deciduous guardians covering the lush inspiration and beauty of an older way of life. Harboring an eclectic recipe of Alternative Funk/Rock with a decent dollop of Durty Folk, friends since the recklessness of their youths, these troubadours have shared a soul bond and a common passion for both the love of music, and the performing of it. They are the brothers of the lake water, notorious tamers of the tapping toe, wranglers of the funky feet movers, minions of the night and embracers of the day. 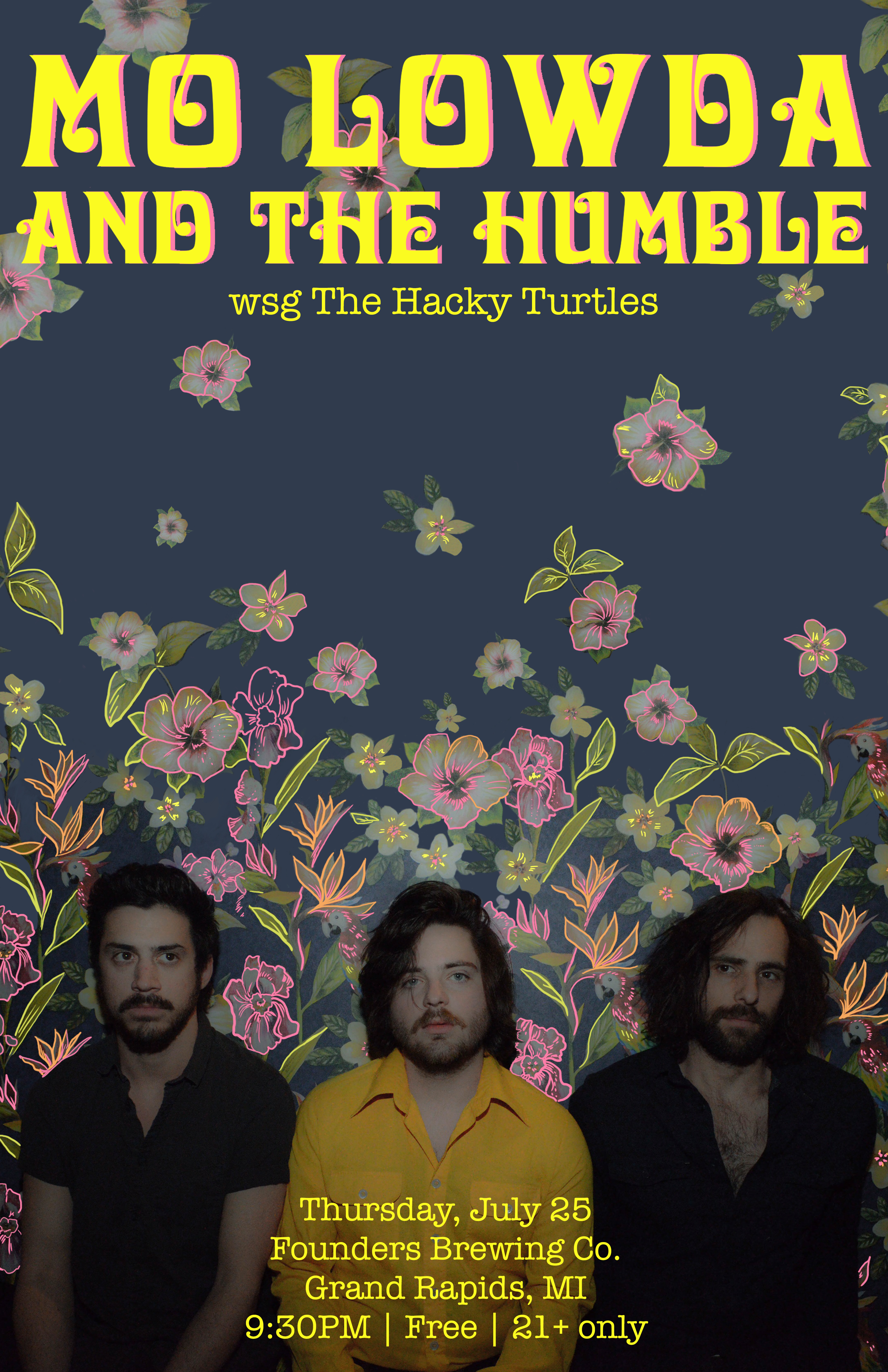