Imagine the sound of a Brazilian Carnaval in the Appalachian Mountains. A sound where dynamic percussion instruments rumble beneath blues drenched vocals, telecaster twangs, accordion acrobatics, and folksy fiddle tunes. Veterans of the New York music scene and U.S. festival circuit, Matuto (“bumpkin” in Brazilian slang) moves with two-stepping grace between bluegrass and forró, between swamp rock and maracatu, between surf guitar shimmies and the wah-wah of the berimbau. 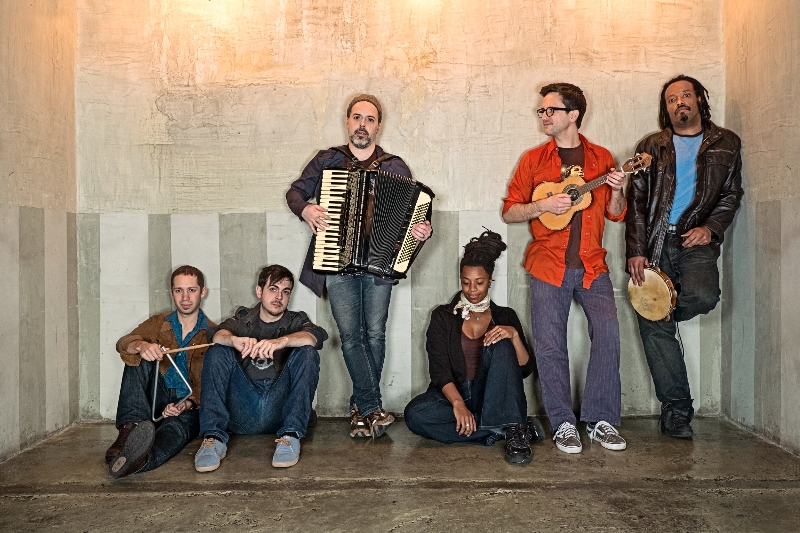 In 2002, Clay Ross embarked on a musical odyssey that brought him closer to home. The South Carolina native moved to New York to pursue a jazz career and several years later found himself in Recife, Brazil studying the region’s folkloric music. Along the way he rediscovered the straightforward songs of his native South.

The guitarist and singer titled his Ropeadope Records debut Matuto, after a Brazilian slang reference to a man from the backcountry. Described as “Weird and Wonderful… Unorthodox and Delightful” by Jazz Times Magazine, the set allows Ross to carve a niche in a musical tradition created on another continent. He performs North American folk songs like “Home Sweet Home” and Blind Willie Johnson’s “John the Revelator” over South American rhythms Maracatu, Forró, and Coco typical of the northeastern region of Brazil.

In recording the album, Ross called upon the talents of NYC’s most sought-after musicians, including master accordionist Rob Curto. Born in New York, Curto is widely regarded as forró’s foremost ambassador in the States. An early devotee of North American swing music, bebop piano, funk, rock, and blues, he has combined these influences with his mastery of their Brazilian counterparts forró, chorinho, samba, maracatu, and frevo to produce stunning new results. He spent years living and playing in Brazil, completely absorbing and interpreting the country’s musical traditions. Curto was a member of the original scene that established forró, the dance music of northeastern Brazil, as an official dance craze in downtown New York.

Ross and Curto began exploring a shared musical vision and set about combining their individual repertoires into an extensive library of Pan-American influences. Focusing their talents, resources, and experience Ross and Curto set out to establish Matuto as a band.

In February of 2009 they received a prestigious Fulbright Grant and completed a six-week residency in Recife, Brazil. There, with drummer Richie Barshay (Herbie Hancock Quartet) and bassist Edward Perez, the band thrilled audiences at the Garanhuns Jazz Festival and the massive Rec Beat Festival, finding equal comfort along side jazz and blues legends, folk music traditionalists, and indie rock experimentalists. They also lead educational workshops in underserved communities and performed public concerts in theaters and auditoriums across the city. Later that year they headlined the American Folk Festival in Bangor, ME and the Montmagny World Accordion Festival in Canada.

With an honest love for roots music, genuine Brazilian styles, and improvisational experimentation, Matuto creates a unique and inspired sound from the heart of New York City’s diverse musical culture. 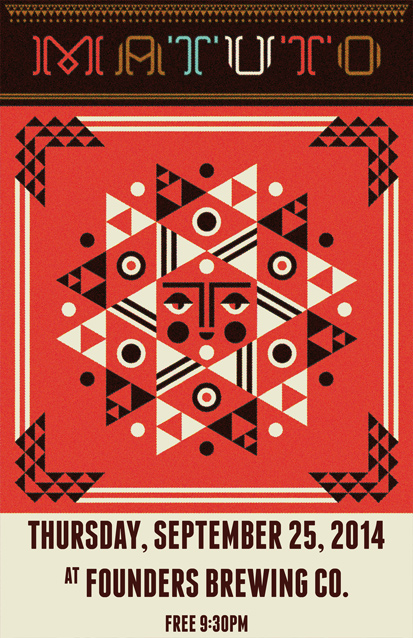