Born in Grand Rapids, Michigan in 1984, Mark Lavengood’s first musical impressions were formed by a family that valued the importance of music; a family that looked to music for strength and for the purest sense of joy and community. At a young age, Lavengood was informed by the raw movement of music, by percussion, the beat. Joining the middle school band as a percussionist in 6th grade, he quickly became an important source of talent and inspiration within his community. After teaching himself to play the drums, he began to venture into unfamiliar territory ranging from guitar to ukulele, congas to steel pans, and eventually to the resonator guitar & straight steel console (amongst other instruments).Mark studied with Dave Zerbe in the Alma College Percussion Ensemble on top of dabbling in the jazz band, choir, and marching band while studying Spanish and International Business at Alma College. Post-graduation, Lavengood honed his skills on the dobro playing with the self-proclaimed rebels of Michigan folkgrass, winter/sessions while simultaneously working part-time at the world acclaimed Founder’s Brewery in Grand Rapids, MI. It was this 1-2 combo that singlehandedly set “Huggy Bear” into existence.

Mark first saw Michigan dobro player extraordinaire Joe Wilson (of Steppin’ In It) and Drew Howard (multi-instrumentalist, MI natural treasure) perform at the Frederick Meijer Gardens, August, 2005 and was instinctively drawn toward the resonator guitar. Since then, Mark has carved his technique and attack on the instrument through observing the playing and instructions of aforementioned Joe Wilson & Drew Howard, Rob Ickes, Jerry Douglas, Andy Hall, Todd Livingston, Sally Van Meter, and Mike Witcher – all contemporary (with some legends in the list, yet still contemporaries) dobro players in the national bluegrass and beyond community.One could call Lavengood a renaissance man where that his impact is not felt so heavily and heartily than by those at the places and professions he has spent time.

Mark keeps busy with a rich and diverse mix of activities. He currently plays full-time with Lindsay Lou & the Flatbellys and contributes his craft with his own band, the Mark Lavengood Bluegrass Bonanza! and other regional and national acts when time provides. 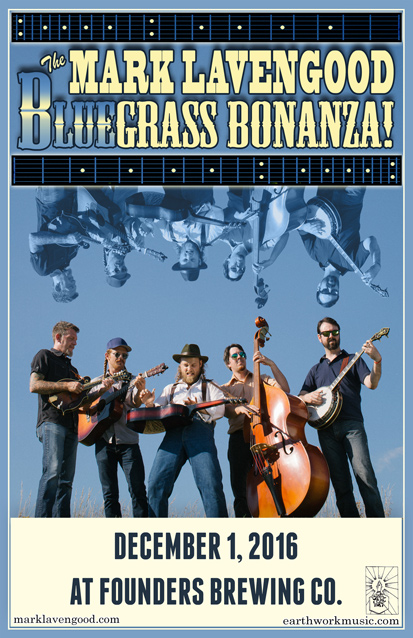 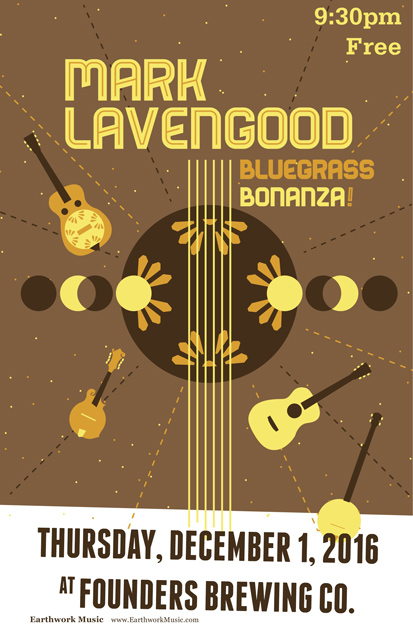