Mark Lavengood is a walking, talking ray of sunshine. His resonant energy and sparkling smile light up every stage, every studio, every room, RV and embrace he enters. A talented multi-instrumentalist, Lavengood specializes in dobro & steel guitar, both of which he’s played for over a decade, while also being well-versed in guitar, bass, mandolin, banjo, ukulele, drums, and  a variety of percussion instruments. In 2012, Mark was named winner of the acclaimed Rockygrass Dobro Competition hosted at Planet Bluegrass’ headquarters in Lyons, CO. Predominantly as a dobro player, Lavengood toured world-wide for 7 years with the award-winning Michigan-now-Nashville-based Americana outfit Lindsay Lou (formerly, & the Flatbellys), performing at a bucket list of venues and festivals over his time with the band. Both as a member of LLFB and as frontman of his namesake, Mark has performed at: the Telluride Bluegrass Festival, ROMP, Celtic Connections, Blissfest, Wheatland Music Festival, Founders Brewing Company’s signature events; Black Party, Harvest Party & Founders Fest, Cowpie Music Festival, John Hartford Memorial Festival, Farmfest, Earthwork Harvest Gathering, International Folk Alliance, IBMA,  and many, many more. He’s also shared the stage performing with or sitting in with the likes of Seth Bernard, Amy Helm, the Infamous Stringdusters, Greensky Bluegrass, Billy Strings, Johnny Irion, Gregory Stovetop,  and Trout Steak Revival, amongst others. At each stop along the way, whether on tour, in the studio, or passing you on the street, Mark’s positivity and genuine warmth is an immediate captivator. His selfless and gregarious nature has allowed him to collaborate, write and record with some hall-of-fame worthy talents. Cutting his teeth in the art and music meccas of Ann Arbor & Nashville, Lavengood has recently returned to his native home, Grand Rapids, Michigan, with a new, adorable family and a head full of ambition in tow. Since returning to GR, a burgeoning art and music scene in its own right, Lavengood has ‘narrowed’ his focus to his main, namesake project, as well as teaching and developing education platforms, mentoring, writing, recording, growing a music business (Bear Mark Productions) and of course, performing. A natural showman, Mark has released three full-length, critically-acclaimed records, the most recent with the Michigan-based Earthwork Music Collective.

Due to his lovable nature, boundless optimism, warm embrace and cavernous-yet-soft-and-delicate blue eyes, Mark garnered the nickname “Huggy Bear” early in his career, and upon meeting, one understands why. There’s simply no denying that this is a very special soul. 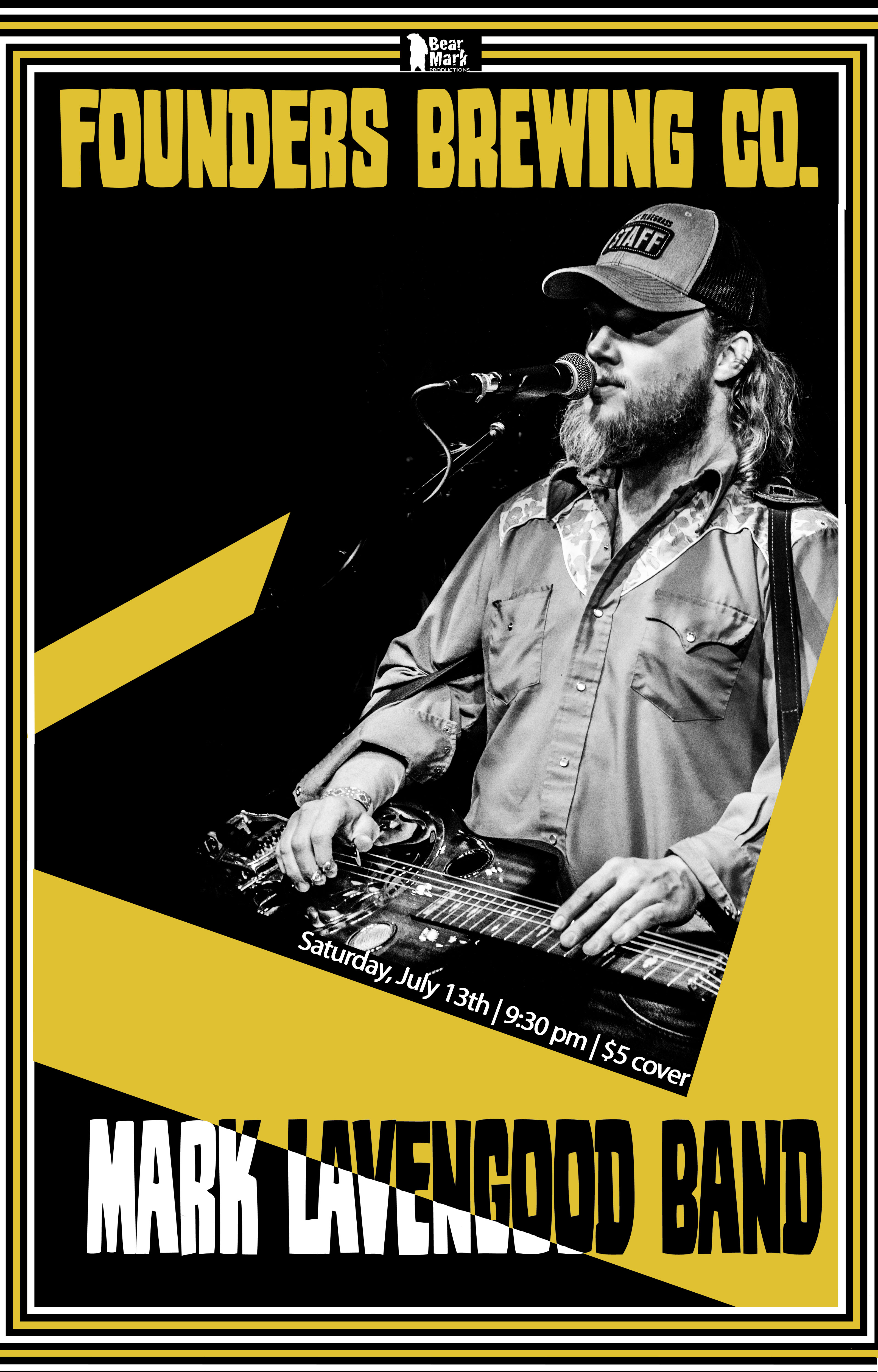