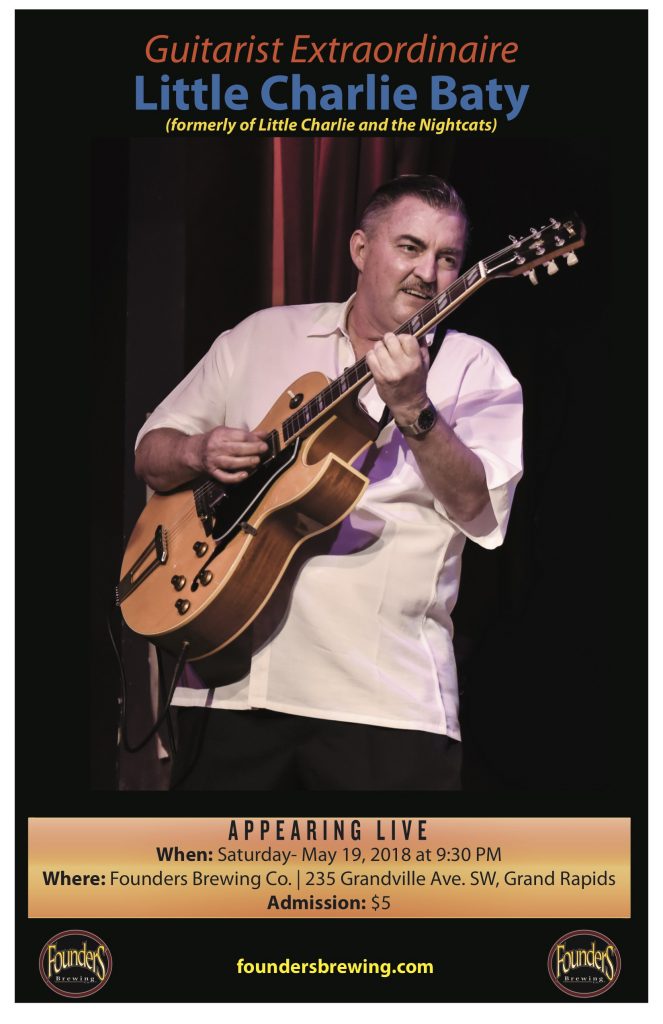 Charlie Baty was born in Alabama in 1953, moved to California at the age of 8, and began playing harmonica at the age of 12.  Charlie soon formed his own blues band and began to perform at high school and community events.  He soon also picked up guitar and eventually became intrigued with blues and jazz guitar.   By the age of 18, while attending UC Berkeley, Charlie was performing in Bay Area blues clubs and met Rick Estrin.  In 1976 Rick telephoned Charlie and suggested forming a musical union, and ‘Little Charlie & the Nightcats’ was born.

Charlie switched from harmonica to guitar and Rick took over the singing and harmonica playing.  During the early years of the Nightcats, Charlie & Rick fronted house bands at the Sacramento Blues Festival and University of Oregon Blues Festival, appeared in many regional festivals, and slowly developed a loyal following.  In these early years ‘Little Charlie and the Nightcats’ backed up Big Mama Thornton, Tiny Powell, Charles Brown, Sonny Rhodes, Albert Collins, Floyd Dixon, John Lee Hooker, Gatemouth Brown, Pee Wee Crayton, in addition to performing their own shows at festivals.  In 1982 the band recorded its first record, a 45 of a Rick Estrin original ‘Homely Girl’ backed with ‘Run Me Down’.  Little Charlie’s guitar playing was recognized by Robert Cray in an early interview he did with Rolling Stone Magazine, and eventually the band signed with Alligator Records and released  ‘All the Way Crazy’ in 1987.

Charlie Baty has continued to grow as a guitarist, playing blues, jazz, western swing, and other types of music – combining these styles to form a unique voice.  Charlie has recorded 10 records with Alligator, 3 records with John Hammond on Point Blank (all 3 nominated for Grammies), and appeared as a guest on records by Joe Louis Walker, Kid Ramos, J.W. Jones, Mark Hummel and others.   In 2008, Little Charlie decided to leave the Nightcats (which continues on as Rick Estrin and the Nightcats) to pursue other musical interests, such as gypsy jazz, traditional jazz, and Brazilian choro music.   Little Charlie collaborated with harp player Mark Hummel, recording a live CD –Remembering Little Walter – on the Blind Pig label.   This CD features Charlie Musselwhite, Billy Boy Arnold, and other notable blues harp players performing songs recorded by the late Little Walter.   The Remember Little Walter CD was nominated for a Grammy and won two Blues Music Awards – Best Blues Record of the Year and Best Traditional Record of the Year.   Little Charlie toured with Texas-based guitarist Anson Funderburgh and Mark Hummel in a format called the Golden State/Lone Star Revue for several years from late 2012 until late 2016 and recorded 2 CDs with this project on the Electro Fi label.   The Blues Music Awards nominated Golden State/Lone Star Revue for blues band of the year in 2016, and their latest record was nominated for Traditional Blues Record of the Year.   Little Charlie decided to leave this combo at the end of 2016 to concentrate on other projects, including his Organ Grinder swing project.   His new release on the Eller Soul label, Skronky Tonk, has received critical acclaim and earned an impressive 4 star revue in Down Beat magazine.   Little Charlie has recorded 3 CDs with artist Big Harmonica George.    Recently, Little Charlie has toured as a member of Sugar Ray and the Blue Tones.   Little Charlie also toured with Nick Moss in early 2018.   Additionally, Little Charlie has performed many times with Canadian guitar star J. W. Jones, jazz vocalist and pianist Dawn Lambeth, and continues to pursue his interests in gypsy jazz by heading up the Little Charlie Caravan.    He continues to develop and define his guitar style and his many influences have resulted in a truly unique voice in the music world. 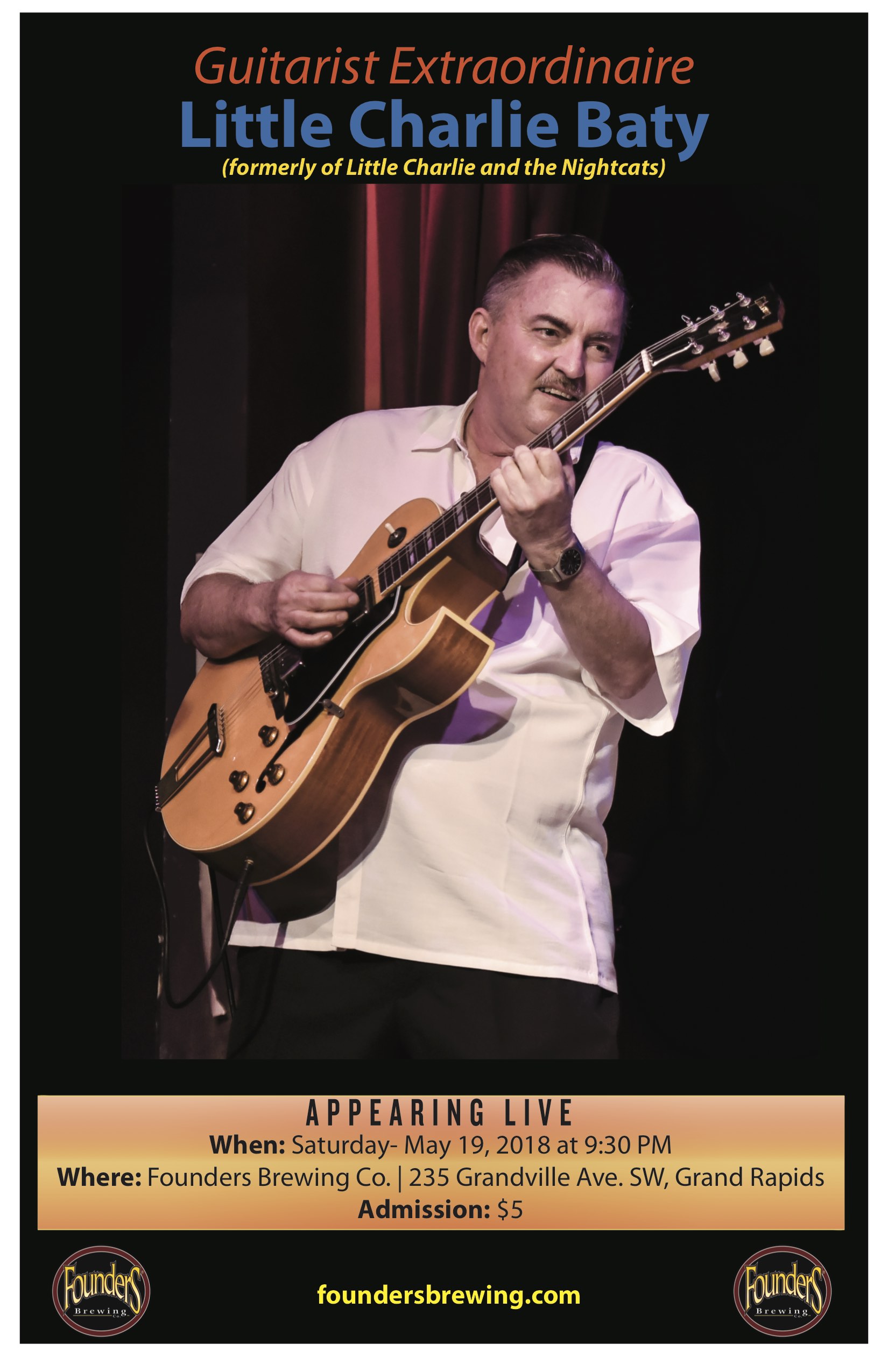