LIPSTICK JODI
Lipstick Jodi is a four piece indie alt-pop band out of Grand Rapids, Michigan fronted by guitarist and lead singer Karli Morehouse. What began as a duo with Luke Rockhold on drums/vocals quickly became a four member ensemble with the addition of Camille Hoorn on bass and Jamie Baarman on keys/vocals. Flexing a unique, full sound with catchy melodies and lyrics that will bury themselves in your head for days, Lipstick Jodi has just wrapped up tracking their debut full length, self titled album.
Produced by Austin Ruhstorfer at River City Studios in Grand Rapids, Lipstick Jodi is slated for a Fall 2017 release. Their debut single, “That’s So Great (She Likes Boys)” was released in early 2017 and the music video, produced by laFEM Collectif, can be found on YouTube, Facebook, and at LipstickJodi.com.

HOW TO LIVE TOGETHER
How To Live Together is Jesse Kaczmarczyk and Steffanie Rosalez. They use the limitless world of synthesizers to examine both the joy and the dysfunction of being an interracial couple in the current cultural landscape of race, gender, politics, the internet and social norms. 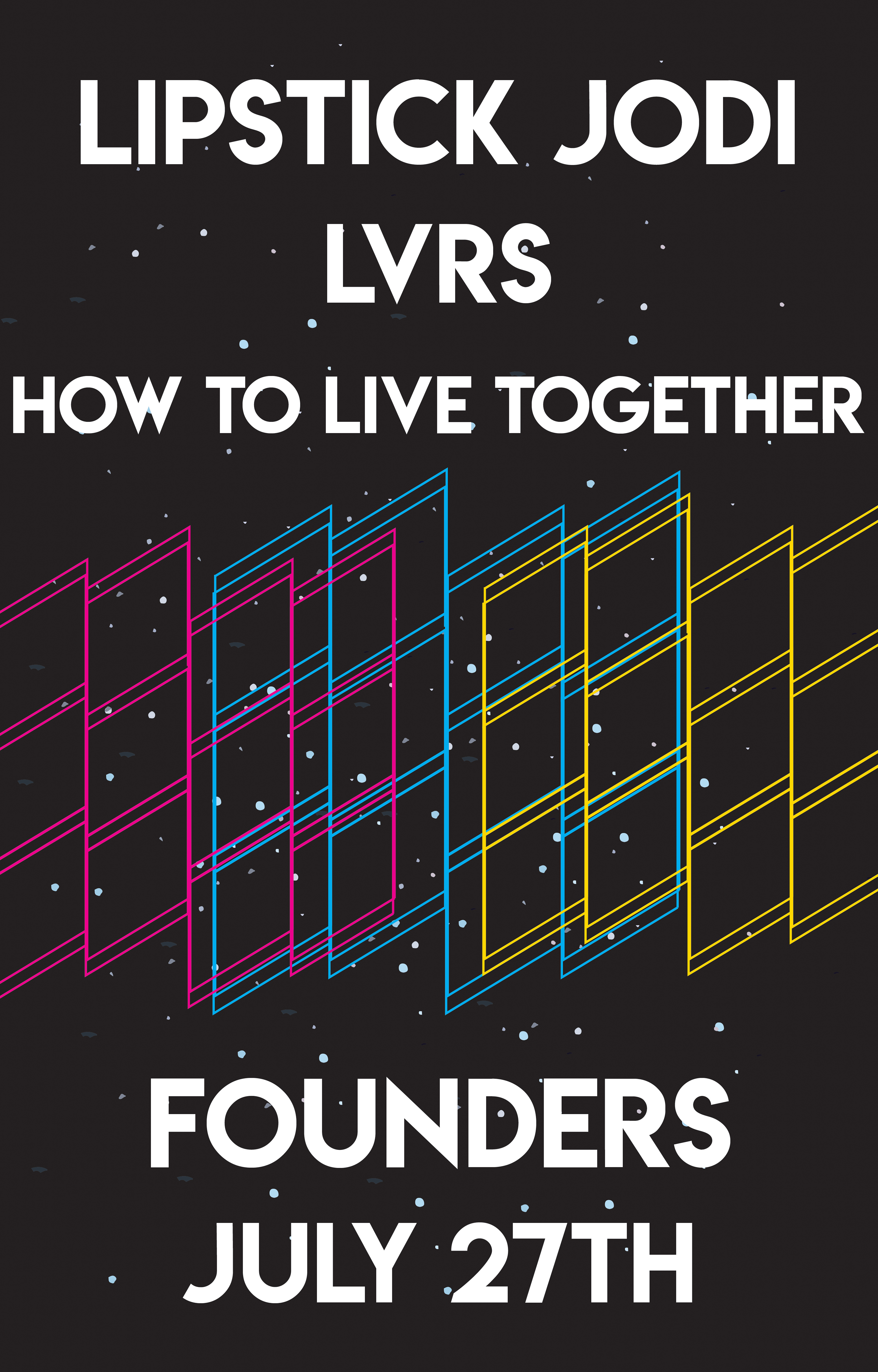