With roots in the Great Lakes State of Michigan, Lindsay Lou & the Flatbellys have been traversing the country with instruments in tow since the release of their 2012 record, Release Your Shrouds. The album showcased the band’s instrumental ingenuity, Lindsay’s vocal prowess and their aptitude for cultivating original material. It’s been said about their live performances that there is something for everyone. From blues to bluegrass, Lindsay and her band have a fresh approach to the American roots genres which they weave in and out seamlessly from song to song. They’re now touring in support of their new short release, the Here Between EP, which serves as a snapshot of their unique and ever evolving sound. In short, Lindsay Lou, Joshua Rilko, Mark Lavengood and PJ George are a heavy pickin’, powerful harmony slingin’, tight knit family fashion conglomeration. 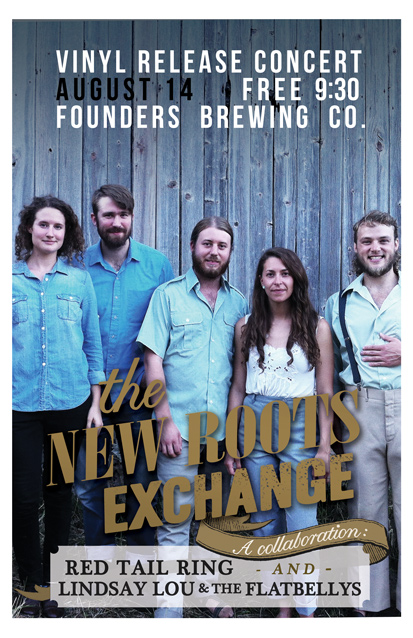