In Greek mythology, the sirens were mystical creatures whose magnetic voices and enchanting songs lured enraptured sailors to their doom. Kacy & Clayton’s haunting, evocative music has a similarly intoxicating effect on present-day listeners.

On their second New West release The Siren’s Song —produced by avowed K&C admirer Jeff Tweedy—the startlingly expressive voice and violin of Kacy Anderson combine with the intricate guitar work and warm harmony vocals of her cousin and musical partner Clayton Linthicum. They make music that seems to exist outside of time, tapping into centuries of tradition while effortlessly channelling fundamental human truths. Their 2016 New West debut Strange Country earned the Canadian twosome an enthusiastic following on both sides of the border, and The Siren’s Song looks likely to expand their audience further.

Kacy & Clayton’s music taps into a bottomless well of folk and country influences from North America and the British Isles, injecting centuries of musical and cultural history with youthful energy and a modern sensibility. Their vivid, character-filled songs explore the singers’ rural roots, often addressing dark and bittersweet lyrical subjects in a manner that counterpoints the joyous uplift of the pair’s musical chemistry.

Throughout The Siren’s Song , which Kacy & Clayton recorded with Tweedy in Wilco’s in-house studio The Loft, they extend and expand the spare sound of Strange Country , augmenting their emotionally resonant songcraft with subtly textured full-band arrangements that complement their distinctive voices and Tweedy’s organic recording approach, imbuing such tunes as “The Light of Day,” “Just Like A Summer Cloud,” “A Lifeboat,” “A Certain Kind of Memory” and the Clayton-sung “White Butte Country” with gravity and urgency. Meanwhile, “Cannery Yard” and “Go and Leave Me” harken back to the spare acoustic sound of Kacy & Clayton’s prior releases. 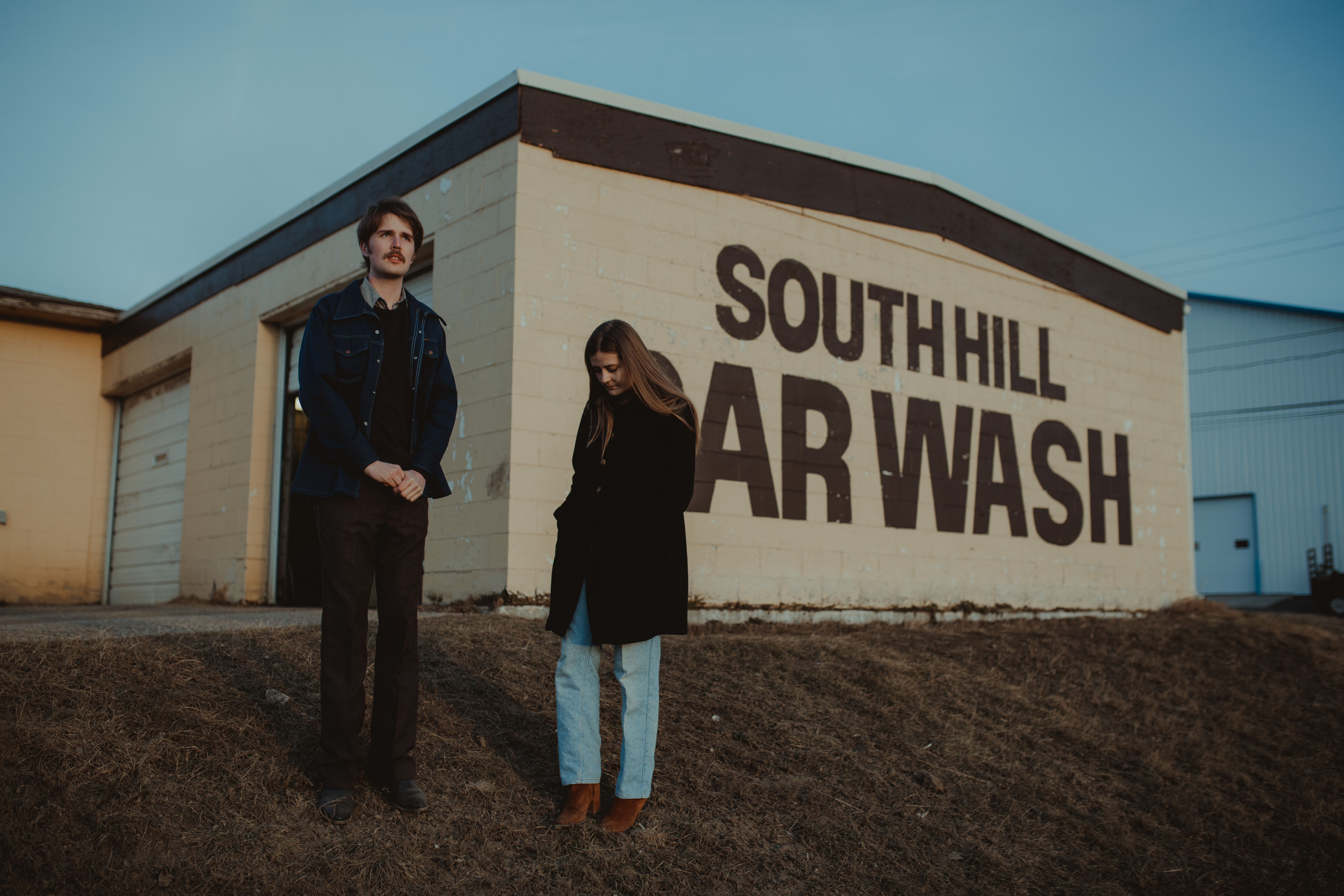 The critical acclaim and fan attention that have accompanied their album releases are a long way from Kacy & Clayton’s humble Canadian roots. Second cousins and friends since childhood, they grew up a few miles apart in the Wood Mountain Uplands, an isolated community in southern Saskatchewan, 12 miles from the Montana border and hours from the nearest record store. They both gravitated towards music early in life, learning about classic country and folk music from relatives and neighbors, picking up rare old vinyl when they could and discovering a world of vintage obscurities through the internet.

When a ten-year-old Clayton’s parents went on a trip and left him in the care of his great-uncle Carl, Carl taught Clayton to play guitar. Clayton also experimented with the instruments he found in Carl’s basement, sometimes performing with Kacy and her sisters. Soon, Kacy & Clayton were performing together in a local tavern and spending most of their Sunday evenings singing at the local senior citizens home. Since they lived so far apart, the teenagers often illegally drove to each other’s homes to rehearse.

“We both started playing music because we were nerds about it,” Kacy recalls. “The history of music and reading biographies and things like that; learning about artists and traditions and styles..”

Word of mouth spread, winning Kacy & Clayton club gigs and festival bookings. Clayton also did a stint in the Canadian roots-rock band Deep Dark Woods, and he and Kacy released a pair of indie albums, Kacy & Clayton and The Day Is Past and Gone , in 2011 and 2013 respectively. In 2015, the duo toured England, where they took the opportunity to spend a day perusing the legendary song archives of folk music historian Cecil Sharp.

“Lots of our songs are inspired by old stories from our family,” notes Kacy. “The common ancestors Clayton and I share were ranchers that moved up from South Dakota and settled in the Saskatchewan hills we both live in now. Loneliness and seclusion, sickness and death; the stories are often tragic, yet all recounted with fondness.”

“We’re both pretty obsessed with the old world,” Clayton adds. “The farmers and ranchers and old people in our areas are still strong characters. It’s kind of a neat thing to observe, especially when trying to come up with characters for songs, because there are always a lot of them around us. A thing that we love about early country and folk music is that those musicians conveyed characters, vivid imagery, and concise stories within short songs.”

“Because Kacy and I have been friends for our whole lives, that allows us to be pretty honest with each other when it comes to working on songs,” Clayton asserts. “A lot of times when you work with people, you want to be polite and you don’t want to offend them. But when you have a close, sibling-like relationship, you can feel comfortable offending each other, knowing that your fights usually lead to better material.”

“He said, ‘If you’re coming through Chicago, you should come by the Loft,’” Clayton recalls. “We were going through Chicago a few weeks later, so we stopped by and he showed us around the studio. We talked about rural Canada, where we’re from, and rural Illinois, where he’s from, and he said if we ever wanted to make a record there, he’d be glad to help us. So that’s what we did. It’s a very comfortable place to make music, with a comfortable atmosphere and lots of soft surfaces to sit on.”

“Jeff’s very positive, and very good at inspiring performances,” Clayton adds. “He would often tell us that we were being too hard on ourselves. Once we got onto the same page where we could refer to older records that we all have in common, that’s when things really started to cook. If we were trying to communicate how a part should fit in the mix, we’d say, it should sound more like the piano on Link Wray’s chicken-shack LPs, or we’d say that something should sound like John Renbourn’s acoustic lead tones on that Pentangle song, or the Sir Douglas Quintet’s ride cymbal sound. That’s how Kacy and I communicate, and eventually we got Jeff on board with that.”

The Siren’s Song gentle, full-bodied instrumental arrangements, fleshing out the acoustic textures of the duo’s prior releases with the key addition of a rhythm section, namely longtime associate Shuyler Jansen (who produced Strange Country ) on bass and Mike Silverman on drums.

“We wanted to make an album with a different set of influences, and an album that could be played by a four-piece rock ‘n’ roll group,” Clayton explains. “Part of it is that we wanted to have some material that we could play in a loud club. We’ve been touring with our duo material, and that’s good when you get a nice quiet venue. But when you play in a bar with people talking and eating chicken wings, it’s more fun to have some volume behind you.”

Having recorded The Siren’s Song with their new rhythm section, Kacy & Clayton plan on touring behind the album as a full-on four-piece combo. “There’s a little less room in the truck,” Clayton observes, “but otherwise it’s pretty fun. It’s fun to travel with more of a team, and musically there’s a lot more possibilities within the dynamic range of a four-piece band.” 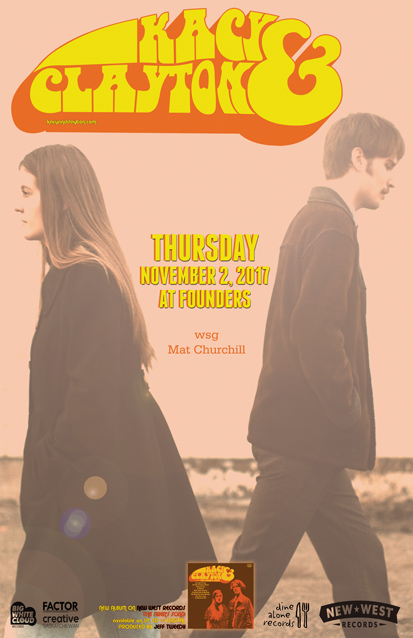