Coming at you with another Beer Garden Series show with Justin R. Golinski on Wednesday, September 1 from 6-8pm!

Justin R. Golinski is a singer/songwriter and multi-instrumentalist with a primary focus on guitar. He’s been playing the stages of Grand Rapids for years, harkening back to the days of running the open mic night at the “old” Founders location, and has played with notable local acts such as Chance Jones, The Extra Texture, The Total Blam Blams, FBC-AllStars, and, of course, Bram n. Dexous. Currently, he plays electric guitar with les Creatif, and has also been busy writing material for another musical project called masculin/feminin. His visual arts in the form of collages are currently hanging in the taproom as well and are available for sale. 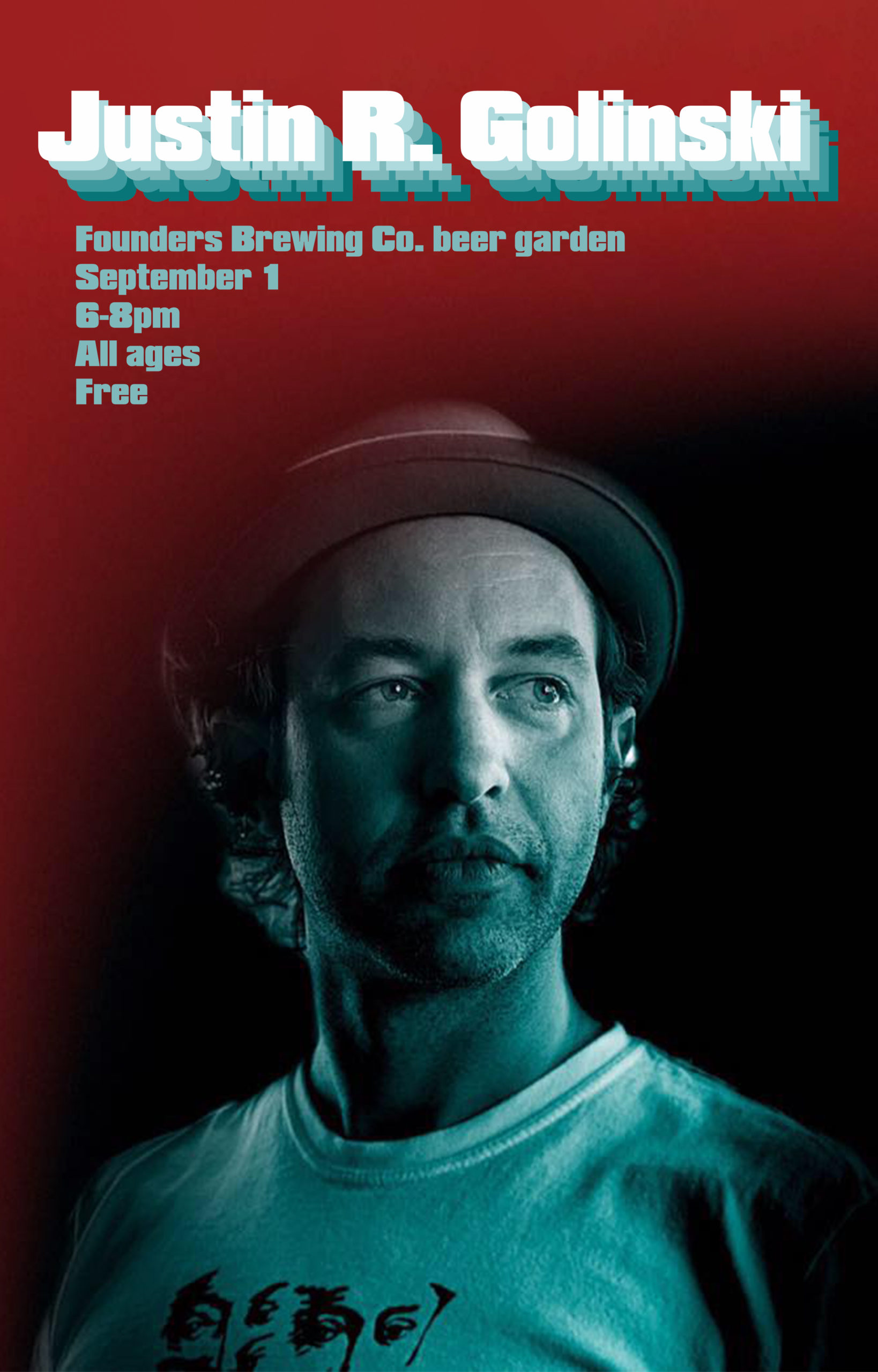