With their sleek yet gritty brand of alt-bluesy garage rock, Toronto-based five-piece July Talk create rock & roll that’s both boldly intimate and wildly confrontational. Each track in the band’s repertoire is a conversation in song form, with singers Peter Dreimanis and Leah Fay trading lines in a lyrical face-off that’s at turns hot-tempered and tender, reckless and poetic. Onstage that conversation warps into beautiful chaos, thanks to the band’s joyfully unhinged, spontaneity-fueled live performance. 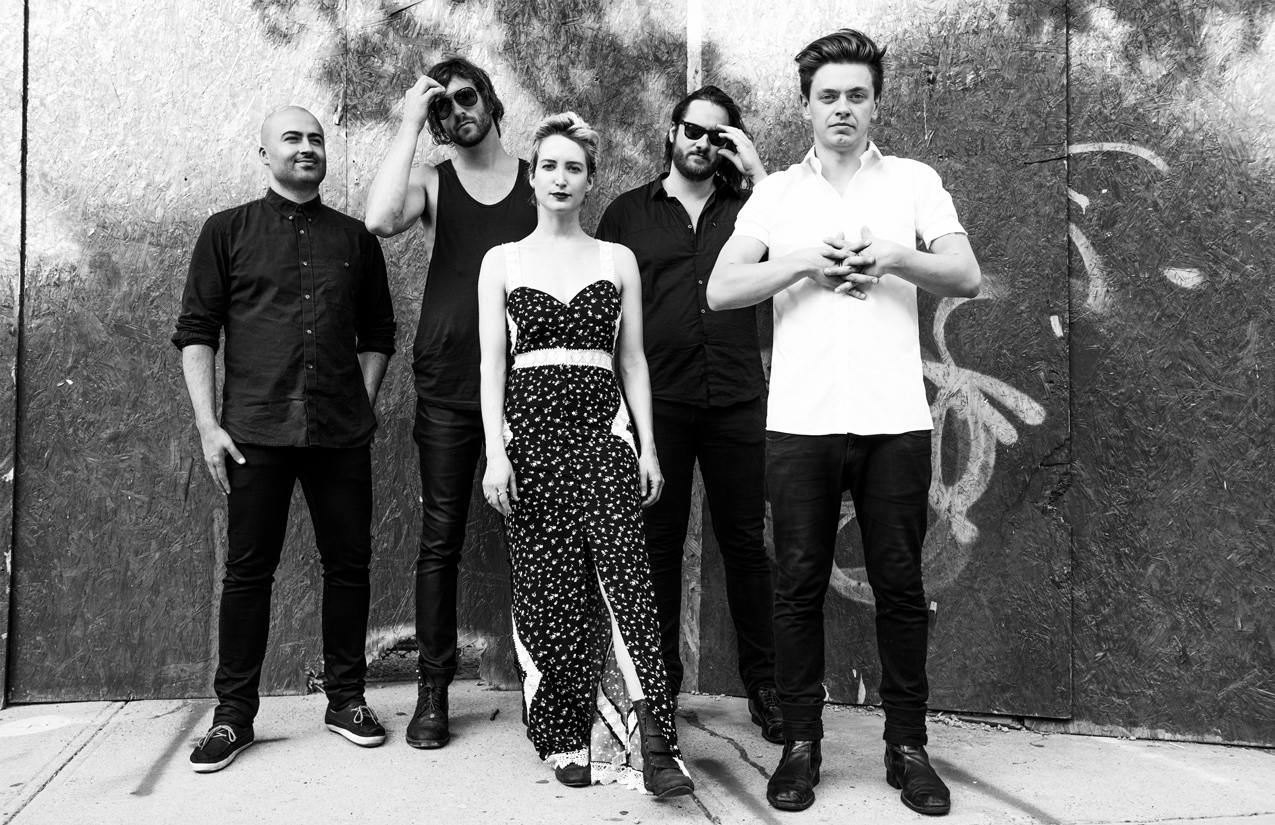 July Talk Formed in 2012 when Peter met Leah in a downtown Toronto bar, quickly adding Josh Warburton (bass), Ian Docherty (guitar) and Danny Miles (drums) the band begin recording a studio album in the summer of 2013. During which They toured alongside Billy Talent, Matt Mays, Arkells, Sam Roberts, Besnard Lakes, Weezer, Matthew Good Band and Tegan and Sara. In 2014 July Talk was nominated for Breakthrough Group of the Year at the 2014 Juno Awards, and in 2015 they took home a Juno Award for Alternative Album of the Year. In Summer 2014 they’ve played at multiple festivals including the Lachie Music and Arts Festival, Toronto Urban Roots Festival, the Festival d’été de Québec, Osheaga, Squamish Valley Music Festival and Rock The Park London. In fall of 2014 they toured across Australia, Canada and the United States. The majority of this tour was documented in an online series entitled ‘From The Road’ shot and edited by award winning director Jared Raab. Additionally the band have announced Spring/Summer 2015 dates across the US, UK and Europe. 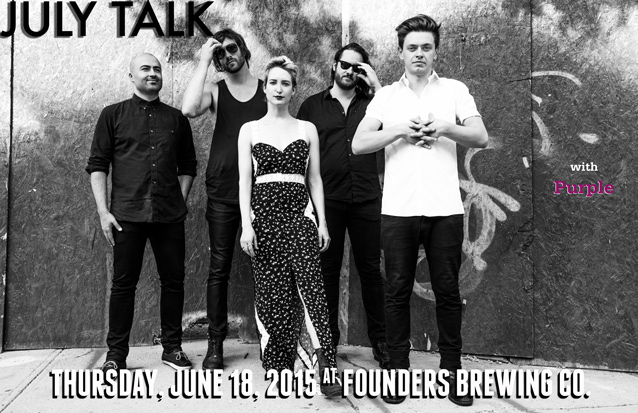