“The latest record from the Jon Stickley Trio flexes new and strong muscles, utilizing more progressive structures and deeper pockets than ever before,” says Producer Dave King (Of The Bad Plus). “All the while, the group retains its place as a modern-thinking acoustic ensemble with one foot in tradition and the other in a bluegrass honored future that allows for the avant garde, punk, and be bop to mix in freely and tastefully.”

Greensky Bluegrass’ Anders Beck says of Jon, “Sure, comparisons to previous musicians are a good way to explain a new artist to the masses, but to do so is to cheat Stickley of what he really is: a damn genius, a musical mastermind, and one of the most unique, creative, and inventive guitar players I’ve ever heard…  Stickley’s guitar playing shares as much in common with the flow of the greatest rappers of all time as it does with his flatpicking heroes…”

The album title, Maybe Believe, is a continuation of the theme from Lost at Last. With Lost at Last, the band was stepping away from their collective musical past, into new territory that was somewhat uncomfortable, but also inspiring and free. With Maybe Believe, they have become more comfortable in their own skin yet retain an element of vulnerability while continuing to move into uncharted territory. This album marks the next step in the band’s evolution, and takes the listener to original and unexpected new places that still embody the familiarity of the Jon Stickley Trio’s signature style.

Dave says, “I was honored to be a part of this evolution and I think we made a very compelling album for music fans and musicians of all kinds.” This is his second time joining forces with the Trio at Echo Mountain Recording Studio in the band’s hometown of Asheville, NC, once again working with Engineer Julian Dryer. Both were also on board for Lost at Last which garnered praise from The New York Times, NPR’s Heavy Rotation, NPR’s World Cafe, Folk Alley, Premier Guitar Magazine, Acoustic Guitar Magazine, Performer Magazine, and many others.

Stickley says, “We had just gotten to know Dave last time and had such a good time. Bringing him in again takes the whole thing up a notch. It was a completely different experience, after traveling all over the place touring [in 2016 the Trio drove over 50,000 miles], over time we’ve developed a cohesion as a band where we intimately know each other and can feel where each other is wanting to go and respond. It’s developed into a tight musical relationship.”

The album’s opening track, “Jewels,” is a short, mellow, piece which serves as the album’s prologue, setting the tone of the record, quieting the mind of the listener. It’s a cleansing of the palette before the full course, and features the delicate harmonics of Jon and Lyndsay along with and Patrick’s textural brushwork.

Then they go full throttle with “Playpeople,” an eclectic piece that draws inspiration from Green Day, Duran Duran, Grateful Dead, and David Grisman Quintet, but in the end, is ultimately pure Jon Stickley Trio. This track’s title is a gender-neutral term for someone who likes to have a good time, and does so despite all external obstacles and displays the Trio’s fun-loving energy and virtuosity, as well as their controlled intensity.

“Almost With You” and “Mt. Sandia Swing” highlight the Jon Stickley Trio’s ability and inclination to play with polyrhythms and layer different grooves on top of each other. Dave King described “Sandia” as “The Violent Femmes… playing Jazz.”

Jon Stickley’s music brings forth mental imagery from the soundscapes the band has created in songs like “Slow Burn,” which is a like simmering pot of stew that occasionally boils over, while “Microbruise” embraces the fun-loving nature of Asheville’s beer brewers and drinkers, and “Cecil” is the Trio’s heaviest song yet featuring seamless interplay between guitar and violin with a sludgy, old school, John Bonham style drumbeat.

The aforementioned songs were all penned by Stickley, while Lyndsay Pruett’s hand brings forth a couple of jazzier numbers. A highlight of the record, “The Price of Being Nice” has a quirky, infectious theme that is explored throughout the song with a somewhat deconstructed treatment that allows the Trio to shine. Pruett also wrote “Lady Time,” a short solo song that closes out the album that features her distinctive pizzicato playing and improvisations.

The album contains three covers, “Jerusalem Ridge” (a Bill Monroe tune with a twist that has become a staple at live shows), “Avril 14th’ (a piece by Richard James a.k.a. Aphex Twin), and “Birdland Breakdown” (a tune by mandolinist John Reischman which also appeared on Tony Rice’s jazz-grass album Still Inside). 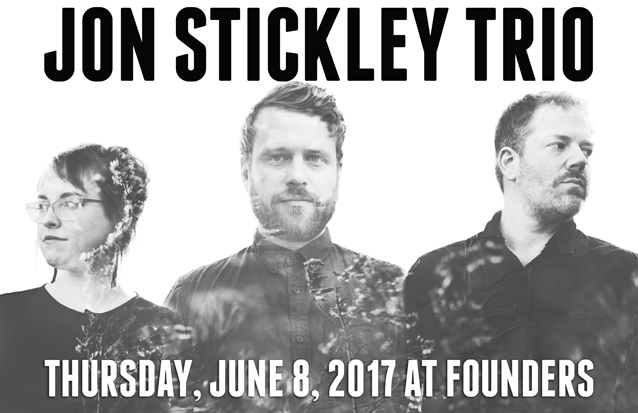