JOE MARCINEK BAND
Joe Marcinek Band is an experience you will never forget. That is because each show features a different lineup of musicians creating a different set of music every night. The music is equal parts Chicago Blues, New Orleans Funk, Grateful Dead Psychedelia, and Jazz Fusion!
Joe Marcinek tours nationally from New York to LA and everywhere in between. Most of the lineups will only happen one time making every night a can’t miss show.
The group has featured many prominent special guests including Bernie Worrell (P-Funk, Talking Heads), Melvin Seals (Jerry Garcia Band) George Porter JR (The Meters), Ivan Neville (Dumpstaphunk), Nikki Glaspie (Nth Power), Alan Evans (Soulive), Kris Myers (Umphrey’s McGee), Tony Hall (Dumpstaphunk, Dave Mathews & Friends), Shaun Martin (Snarky Puppy, Kirk Franklin), Allen Aucoin (the Disco Biscuits), Marty Sammon (Buddy Guy), Jason Hann (String Cheese Incident / EOTO), Erik “Jesus” Coomes (Lettuce), Borahm Lee (Break Science), Jennifer Hartswick and Natalie Cressman (Trey Anastasio Band), Mike Greenfield (Lotus), Borham Lee (Break Science), Steve Molitz (Phil Lesh & Friends / Particle) Joey Porter (The Motet / Juno What), Fareed Haque, Scott Metzger, Nate Werth (Snarky Puppy) Garrett Sayers (The Motet) Allie Kral (Yonder Mountain String Band), Freekbass, Vinnie Amico and Jim Loughlin (moe.) and more!
ALAN EVANS
Alan Evans is a multi-instrumentalist, singer, songwriter, studio engineer, record producer, whose personal style incorporates elements of rock, blues, soul, R&B, funk, jazz, reggae and the psychedelic.​
STEVE MOLITZ
Composer and keyboardist Steve Molitz has played over a thousand shows around the world since he started his career as a touring musician in 2000. His Los Angeles based electrorock band Particle has played all the major US festivals from Bonnaroo to Lollapalooza, and has received critical praise from Rolling Stone, CNN, and The New York Times. Their 2004 instrumental studio album (produced by Tom Rothrock) was named one of the Top Ten albums of 2004 by the Associated Press, and was later remixed by Groove Armada’s Tom Findlay. Molitz has also played hundreds of shows since 2004 as a member of Grateful Dead bassist Phil Lesh’s touring band, Phil Lesh & Friends. In 2005, Grateful Dead percussionist and Grammy award winning world musician Mickey Hart joined Molitz and Particle for a 30 city U.S. tour under the name Hydra. Molitz has also recorded and performed live with a wide range of top musicians spanning genres from Pop and Electronica to Rock and Americana. Highlights include performances with The Allman Brothers Band, Robby Krieger (The Doors), Rich Robinson (Black Crowes), G Love, and members of Phish and Dave Matthews Band.
Known in part for his innovative approach to playing and programming vintage keyboards and analog synthesizers, Molitz has made several appearances at Moogfest (A Tribute to Bob Moog), and recently participated in the development and design of the latest Moog Synthesizer, the Little Phatty. He also recently completed an interview along with the likes of Stevie Wonder and Herbie Hancock for The Fender Rhodes Story, a forthcoming documentary about the Fender Rhodes Electric Piano. Molitz’s music has also been featured in film and television, and recent highlights include his contributions to the score and soundtrack of the forthcoming Ridley Scott film, ‘Tell-Tale’, as well as the music he wrote and recorded for the Universal video game ‘Scarface: The World Is Yours.’
FREEKBASS
Freekbass is one of the world’s great bass players. He has been on the cover of Bass Musician Magazine, Bass Guitar Magazine/UK, three times, and has been featured in Bass Player Magazine numerous times. He has hosted master classes at “Bass Player Live” in Los Angeles and New York and “The London Bass Guitar Show”. And along with these bass superpowers, Freekbass has a funk music pedigree that is authentic. He has worked alongside funk legends, Bootsy Collins (who gave him his nickname during a studio session) calling Freekbass “The New Spritual Warrior for the Funk” and keyboard icon, Bernie Worrell, who guested on many of Freekbass’ albums and live projects. 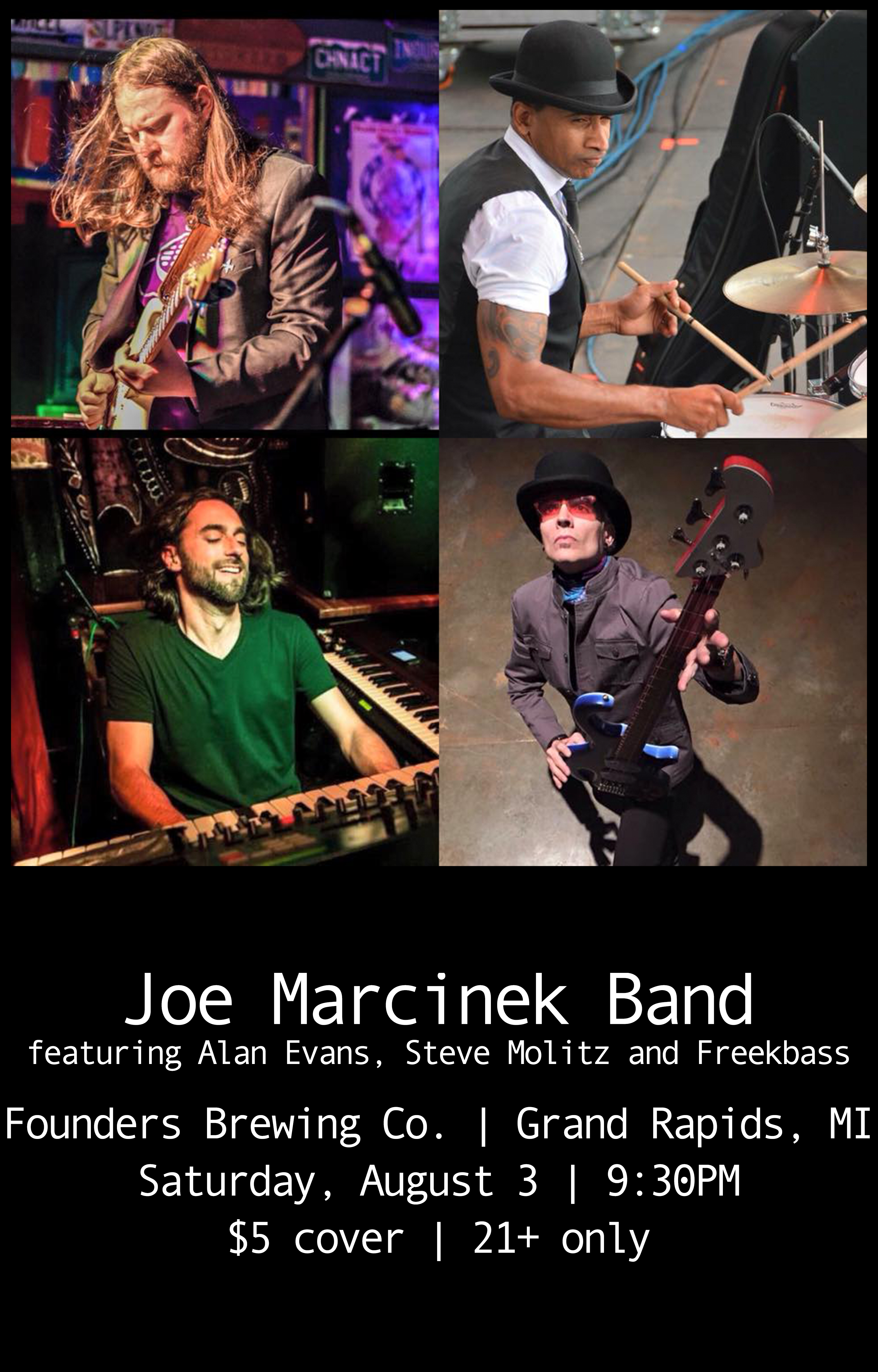