Founders Brewing Co. is please to present an incredible double-bill with

Take note: Jimkata is not a cool electronic rock band.

I mean, they are. The band’s new album, In Motion, is a triumph of swirling analog synths and breezy pop hooks. It’ll make your body groove.

But dig deeper. You’ll be rewarded with something more…personal.

“There’s a lot of great music out there that makes you move, but you don’t remember it afterwards,” says Jimkata frontman Evan Friedell. “We’re OK with embracing our emotional side. I think we have a little bit of soul. We’re embracing all the things that make classic songs.”

This added emotional gravitas is borne partially out of trust. Friends since middle school, Friedell, Aaron Gorsch and Packy Lunn infuse Jimkata — which, yes, is named after the so-bad-it’s-good 1985 gym-fu caper Gymkata—with both an adventurous musical streak and an emotional core. 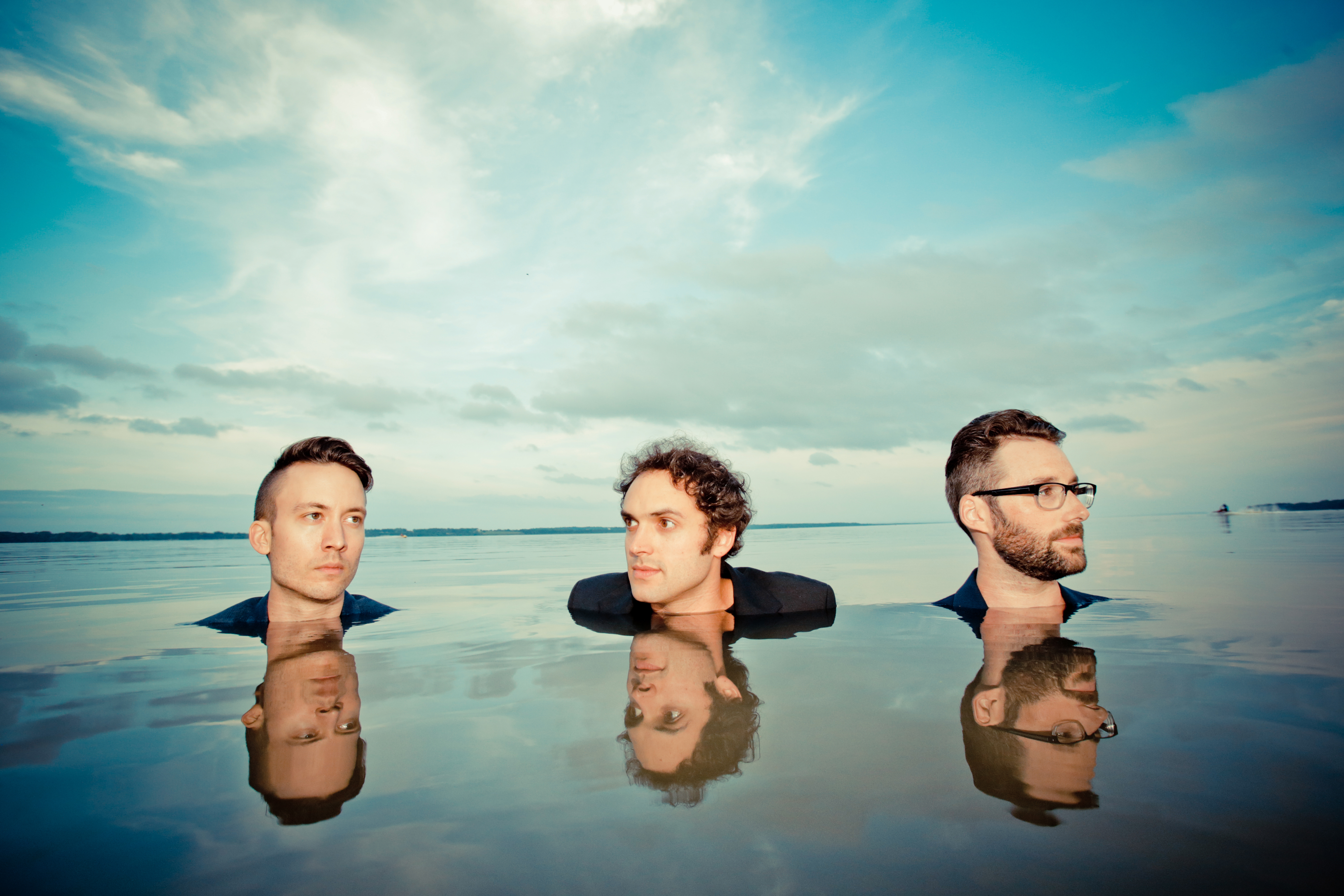 “I was drawn to music in two ways,” says Friedell. “One was through the backbeat—I grew up with Michael Jackson and Paul Simon’s Graceland. Everything was rhythmically accentuated. But the second avenue is good songwriting. Something that hits the body and the heart.”

Which means, mixed in with the modern synth sensibilities (you’ll certainly hear echoes of LCD Soundsystem on album closer “Synapses”) and progressive rock tropes are influences drawn from the likes of Motown, singer-songwriters like James Taylor and even old country songs, where storytelling and a quick turn of phrase share priorities with melody and the beat.

It’s an unusually rich and rewarding mix, and one that’s evolved naturally. Over the past half-decade, the Ithaca-based band has operated without a record label, publicist or support system of any kind. “We just road dogged it,” says Friedell. “It’s all DIY. Doing 150 shows a year, sleeping on floors, recording songs along the way. We built everything organically, all word of mouth. The advice we got when we started was ‘Just go out and play. It’ll pay off.’”

In Motion marks the band’s second fan-funded record through PledgeMusic. Gorsch’s love of unusual rhythms and vintage synths fuel the album’s first half, highlighted by the pop earworm “Wild Ride” and the melancholia of “Jumping Out of Airplanes.” Halfway through, the album shifts to a more progressive, guitar-based affair, led by the percussive funk of “Innocence.” It’s an adventurous album, one that could find a home equally amongst fans of Yeasayer, LCD Soundsystem or Tom Petty.

Besides a musical shift, In Motion marks some other important changes. The group recently pared down to three members from four. As well, the trio was forced off the road for an extended period of time, which ended up—unexpectedly—helping evolve their music.

“This is the first time we’ve been off from touring for a while,” says Friedell. “We were sort of living like gypsies or nomads, living the road life. We’ve never had this much time to work on an album and just live with the songs. It’s been a creative, reflective time for us.”

Lyrically, In Motion doesn’t center on any one theme. “I sort of discover what I’m writing about later,” says the singer. “And I don’t always know where the inspiration comes from. But overall, these are songs about processing adversity.”

(Themes that certainly resonate with the band’s fans. “We’ve had people tattoo our lyrics on their arms. That was a revelation to me—we’re doing something right.”)

Fortunately for long-time fans, the band plans to hit the road again early next year. “We’re pretty high-energy on stage,” says Friedell. “We tour with a light show and improvise a lot. We’ve toured so much, and experienced every scenario, good or bad. So we know how to play live and create some energy.”

And for Jimkata, it’s about finding the right energy—that balance between heart and mind.

Says Friedell: “Ideally, we’re writing songs where someone says, ‘I know that feeling. That song picks me up. It has real meaning to me.’” 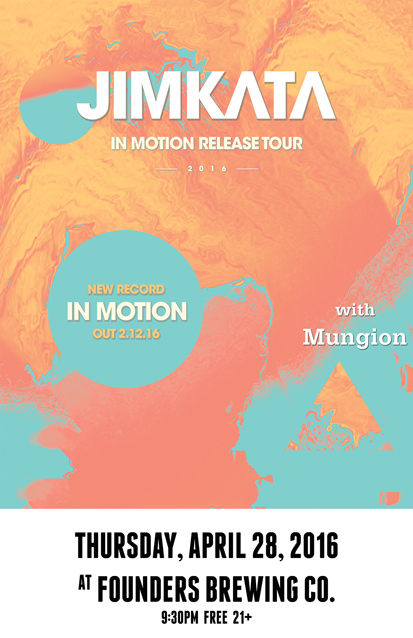 After forming in Spring of 2015, Mungion has been working relentlessly to get their music out into the world. Based out of Chicago Illinois, this boundless quartet takes pride in their ability to deliver eargasms of astronomical proportion with their crafty songwriting and live improvisations. By taking plenty of liberties in the live setting each concert they play is drastically different from the last. Constantly going into uncharted territory and experimenting on stage Mungion keeps their shows fresh time and time again.Their dedicated work-ethic mixed with their demanding rehearsal habits gives them the opportunity to constantly refine their sound. Their calculated compositional prowess mixed with their ability to improvise together has made them stand out from the herd. Determined to always keep pushing the boundaries Mungion is always looking ahead. All of this time together has given the band the chance to delve into everyone’s diverse influences while still maintaining there own unique sound. 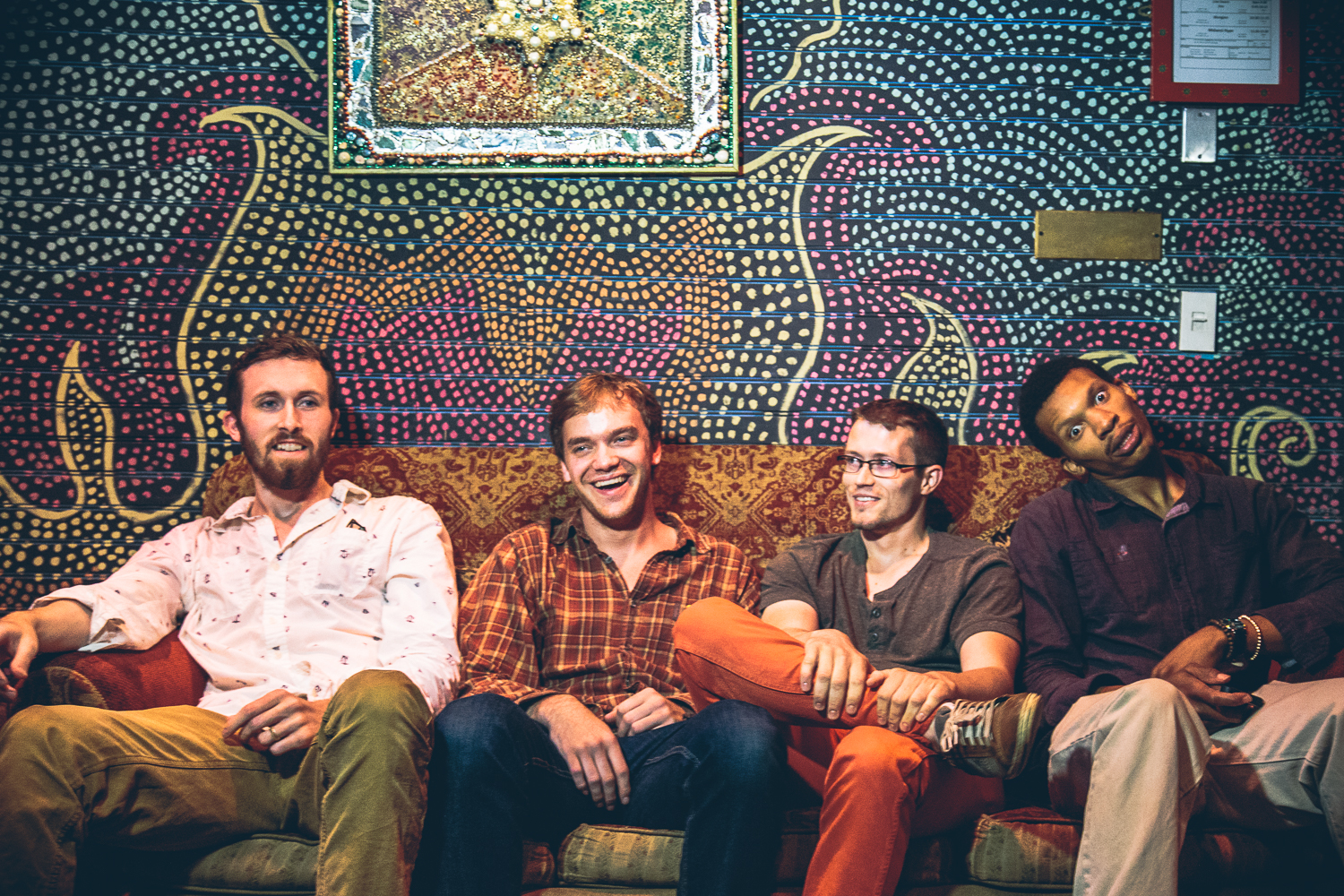 This past year Mungion has been turning heads all over the Midwest and has already headlined  some of Chicago’s finest venues including the House of Blues and The Metro. Their crowds are rapidly growing larger with every show. Mungion will be releasing their full length album, “Scary Blankets” this May. This musical circus plays for the love of captivating the moment as well as pushing each other and their audience to the outer limits. May your ears ever be non-inverted, their music was grown with fertile soil and tastes like yesteryears greens of collards so come take a bite! 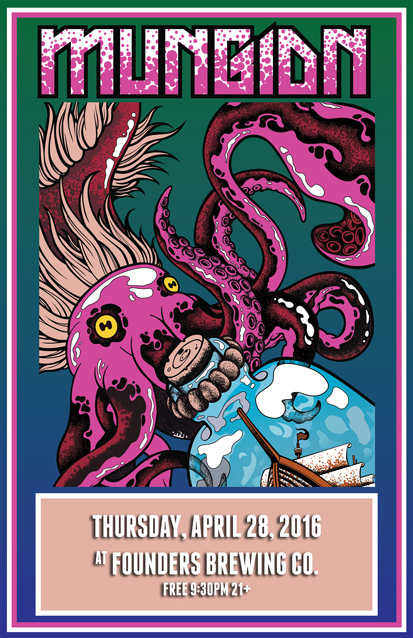