Jessica Lea Mayfield’s highly anticipated new album Make My Head Sing… is out now on ATO Records (iTunes). Released to widespread critical acclaim, the new album was co-produced by Mayfield and her collaborator, bassist and husband Jesse Newport and was recorded at Nashville’s Club Roar studio. In advance of the release, the official music video for “I Wanna Love You” recently premiered at Noisey and can now be viewed below.

Mayfield will embark on a nationwide U.S. tour this spring, including dates at New York’s Mercury Lounge, Cleveland’s Beachland Ballroom and L.A.’s Roxy Theatre. See below for complete details.

Make My Head Sing… follows Mayfield’s 2011 release, Tell Me, which was produced by The Black Keys’ Dan Auerbach and was described by Rolling Stone, which named her an Artist to Watch, as “a disarming collision of stark country balladry, dynamic alternative rock and arty electronic pop.” Additionally, the Associated Press asserted, “Tell Me is the portrait of a precocious girl growing into self-assured womanhood and a producer reaching the peak of his powers. It is a dark and moody album, full of delights throughout, and if it doesn’t make Mayfield a star, that too will be heartbreaking,” while Spin Magazine included Mayfield in their “The Next Big Things: 11 Artists You Must Hear in 2011” feature, calling her a “smart-ass country-rock ingénue.” She also made her network television debut on the “Late Show with David Letterman,” performing the album’s first single, “Our Hearts Are Wrong,” which NPR Music praised as “…genuinely moving” (http://tinyurl.com/4fn93o6). 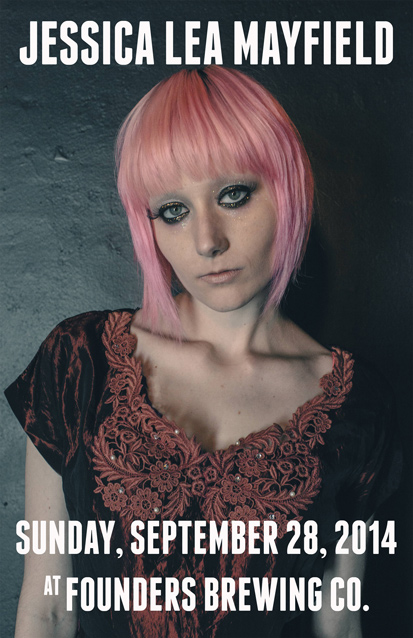 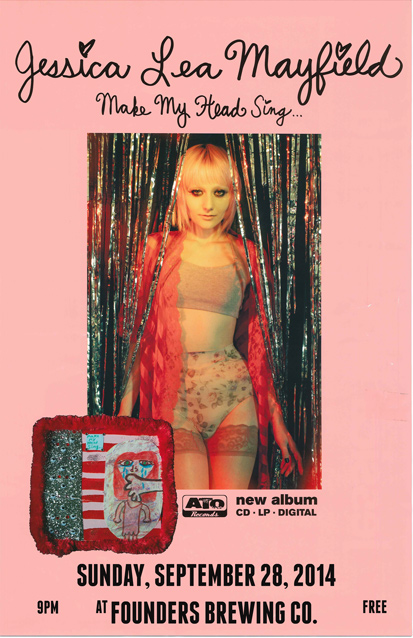