Jessica Lea Mayfield is a 24 year old guitarist, singer and songwriter who was born in Kent, Ohio she grew up touring with her families Newgrass/Bluegrass band “One Way Rider” and at the age of 8 years old, they relocated to Nashville Tn, where when they weren’t touring regionally they played 4 shows a day, 7 days a week. They lived and traveled on a 1956 tour bus that had once been owned by Bill Monroe that he had christened as the “Bluegrass Breakdown.”She credits her joining of “One Way Rider” and her interest in music to discovering her favorite bands by watching music videos on MTV and VH-1 in the late 90s.

“After seeing the video for the Foo Fighters, ‘My Hero,’ I can remember, even at age 6 or 7
thinking…THIS, this is what I want to be doing for the rest of my life!”

At age 15, she recorded her first album “White Lies” in her brother’s bedroom, printing only 100 copies. One of those copies fell into the hands of Dan Auerbach of The Black Keys. After an introduction, Mayfield and Auerbach hit the studio, recording her debut album “With Blasphemy, So Heartfelt.” and later her sophomore album “Tell Me.” 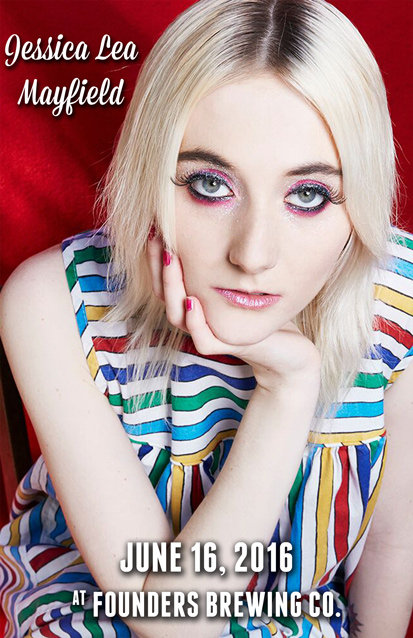