Jessica Lea Mayfield has gained widespread acclaim for singing delicate confessions about love, heartbreak, and contradictory emotions in a way that captivates listeners and enchants critics. Whether she was heartbroken, or breaking hearts, Mayfield’s acoustic strumming and laid back demeanor have remained consistent since her earliest recordings.

However, on her third album, Make My Head Sing…, Jessica takes on distorted guitar tones, crashing drums, and heavy riffs that would more likely evoke a comparison to her idols of the early 90’s, than any modern day artist. The album was recorded at Club Roar in Nashville and was co-produced by Jessica, along with her husband Jesse Newport and features Matt Martin on drums. It finds Jessica in a place where she is ready to take control of her music, and elevate her reputation from folk songstress to rock star. 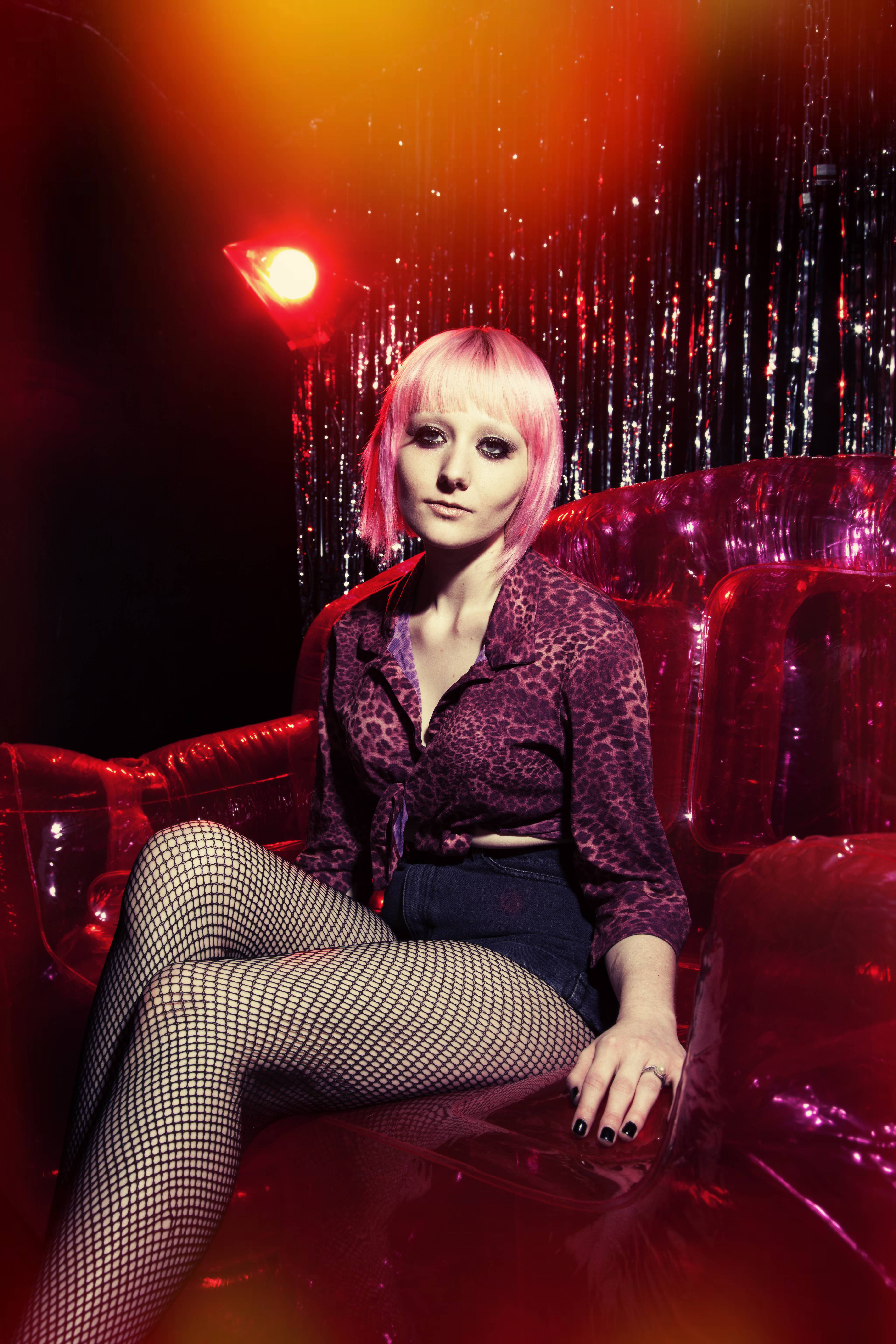 This is by far the heaviest, most rocking album you’ve ever made. Have you been holding back before this?

I would always kind of go more in that direction, and I’d have people encouraging me to go less in that direction. “You should do more of this and more of this” and I thought “okay, right?” My close friends and family hear the record and say it sounds the most like me that they’ve ever heard. And it feels like the first record that I’ve ever made.

You produced this one with your bassist, Jesse Newport, right?

Yeah, he’s my husband. We recorded it together in Nashville, and it took us nine months to record it and we had been referring to it as “our record baby.” It’s the first child that we’ve had together. I’m sure that, you know, we’ll have more babies and maybe real ones, but it’s been interesting getting to this place, meeting someone that’s a lot like me and getting to a point where we can sort of finish each other’s ideas. I’ve never had that kind of work relationship or romantic one where someone else knows what I’m thinking of.

Where did you first meet Jesse?

Jesse and I met at this festival in Iowa. He was one FOH for this other band that played there. The night that we met, we really hit it off. The tour that they were on, they were like one state behind us and we couldn’t catch back up the whole rest of the tour, and at the end, once their tour had ended, I had three days left and Jesse just came and met up with us and rode along the rest of the way And I hired him at the time to be my front of house, So we could date. And it worked so well that we pretty much immediately got married.

You worked with Dan Auerbach on your first two albums. What made you decide that it was time to take over the reigns on this one?

I feel like I’m at a point in my career where I know what I want, and all the things that I didn’t want or didn’t like, I’m capable of changing and making things more the way that I want. If you want something to be done the way you want it to, you’ve gotta do it yourself. I felt like I wasn’t going to make another record unless it was fun for me and special and it meant something.

On your earlier albums, you were tagged as a young folkie type. Did it take a while to get the courage to say “No, I want to be what I really am rather than what you want me to be”?

I was feeling some pressure to work on new stuff and make a new album, and I was really not wanting to move forward with the way things were. I was bored and I needed new ways to express myself, and I found that the best way to express myself is playing guitar. I think 24 was the year of deciding to be myself and what I’d love to do is to get out there and play guitar and have fun and hopefully get paid for it.

We’d been down in Nashville in a studio called Club Roar. It was this big warehouse-y space and we’d go down there for about two weeks at a time and work on two or three songs, essentially just me and Jesse, once we’d wrapped our heads around it, we’d get the drummer, Matt Martin, to come over. The whole record is just me and Jesse and Matt. I think a lot of my favorite bands are guitar, bass, and drums. I wanted to simplify things. Bands are so big these days, I wanted to get in the studio and make a fuckin’ rock record and hear real guitar tones and something heavy. I almost only listen to music from the ’90s; I just don’t hear any music that…I just don’t hear it. It’s like everybody’s on some dubstep folk anthem thing or something. I don’t know.

So as far as the songs go, this is a heavier set of songs than you’ve done before. But there are other modes also. Like “Standing in the Sun” is probably the most straight-up poppy song you’ve ever done. Where did that come from?

You think so? That’s one that’s been around for a little while. I wasn’t sure how to record it, but I like where it landed. I would argue it’s one of the darker ones, in that it was written about me from a friend’s perspective, so it’s got this vibe of a friend telling me to go outside and be happy and don’t just shrivel up and die. I really do like so many different kinds of music that it all comes together in some form, but I really think this is the closest that I’ve gotten to coherently expressing what I like about music the most.

And the same time, “Party Drugs,” even though it comes back to the stripped-down, singer-songwriter sound, it seems so different from anything on your previous albums.

Yeah? “Party Drugs” is the song that inspired the whole record and the title of the record. It was the first one we recorded, and we recorded the guitar and the vocals here at the house. I was completely butt-ass naked, it was three in the morning and we were gonna go to bed, and I was like “We need to record this song right now” and it started the whole rabbit trail of me and the guitar. Actually I bought this baritone guitar (her name is Barry) at the Guitar Emporium in Louisville, Kentucky, and it’s this black glitter sparkle Gretsch, and that guitar is the reason I wrote this song, probably. It’s what got me into making another record and obsessed with playing… I found that guitar and it was $420, and I was like “This is a sign from Satan to buy this guitar” and I started playing guitar more.