Jesse Ray and the Carolina Catfish is a simple rock and roll band. It’s the kind of band that’ll give 21 year-olds and their grandparents a chance to out-dance each other. This band will take full advantage of Elvis-style vocals, splitting harmonica, and a drummer that won’t allow your hips to stop moving.

Starting with open-mics in Grand Rapids, MI, Jesse Ray and the Carolina Catfish have pushed forward to perform across the United States. From South by southwest, to basements in NYC, JRCC will never stop bringing their energy to every nook and cranny they’ve found themselves in.

They have performed with Brian Setzer, J.D. Mcpherson, Big Sandy and his Fly-Rite Boys, The Blackfoot Gypsies and The Delta Bombers. They’ve sharpened their chops as they grow with every performance; their inspiration drawn from those around them. The energy is a reflection of their predecessors.

They are performing non-stop across the country. Every mile perfecting their craft, and everyone met is a new friend. Jesse Ray and the Carolina Catfish are going for the long run; and run ‘till they can no longer.

Chirp
Based in Ann Arbor, MI, Chirp is a four-piece band that does their fair share of genre-hopping. Often playing in the styles of progressive rock/funk and jazz-fusion, their sound maintains a melodic center. The group features a wide array of originals and covers in their live sets and puts together dynamic, high-energy shows. Though their music ties in many technical elements, an equal emphasis is put on grooving and keeping people moving. Chirp takes influence from Snarky Puppy, Steely Dan, Led Zeppelin, James Brown, Yes, Daft Punk, Vulfpeck, and The Beatles to name a few.

Chirp has been hard at work since their formation in
2015, playing over 200 shows in 3 years. Their fresh sound has taken them across Michigan and the Midwest to play a large variety of venues and festivals. In addition to several live sets from shows, Chirp has released three live-recorded EPs: “Live from Brownstown” (in-studio, 2016), “Live at Willis Sound” (in-studio, 2017), and “Live at Ann Arbor Summer Festival” (2018). All of which have been met with great reception and have helped along with live performances to build an extremely enthusiastic fan base. Chirp is Jay Frydenlund, Brian Long, Ken Ball, and John Gorine. 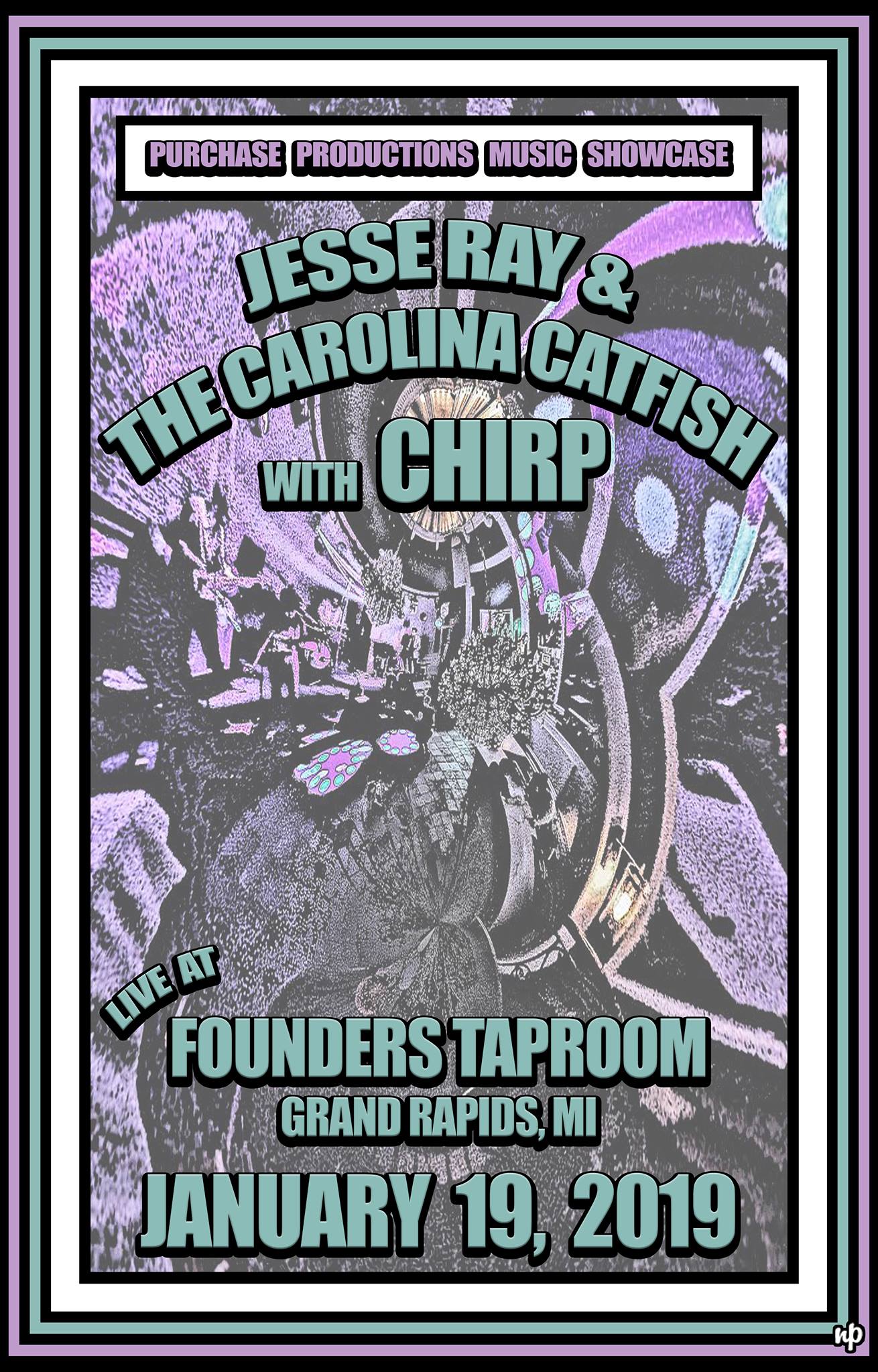