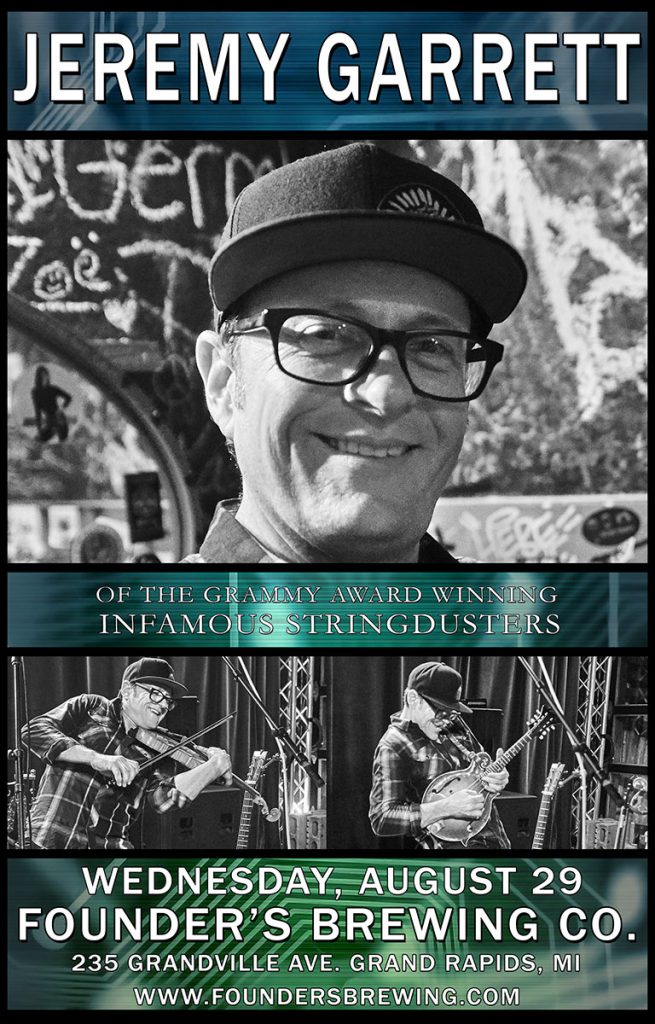 Jeremy Garrett is known as an innovative fiddle player, expressive singer and creative songwriter in the GRAMMY Award-winning band, The Infamous Stringdusters, who broke onto the national scene in 2007, scooping up 3 International Bluegrass Music Association awards, including Album and Song of the Year.  Since then, the group has become a national ambassador for progressive bluegrass, playing to club, theater and festival audiences around the country, and have hosted their own event, The Festy Experience—at which Jeremy’s production, the Garrett Grass Gospel Hour, offers a much-beloved highlight.

To fans of the Grammy-nominated “‘dusters,” he’s known as “G-Grass” or “Freedom Cobra” for his dynamic stage presence, but to his fellow artists and growing fan base, there’s another side, where songwriting and more intimate performances come to the fore.  He has contributed several songs to the Stringdusters, including the title track for their 2014 album “Let It Go”, winning first place in the Folk category for the 2014 USA Songwriting Competition. His collaborations with other songwriters include Jon Weisberger, Josh Shilling, Becky Buller, Darrell Scott, John Pennell, and more.

Jeremy is a diverse entertainer performing in all-star line-ups and as a solo artist. Recently Jeremy has shifted his attention to a more intimate show highlighting his catalog of originally crafted songs accompanying him self on guitar, fiddle and mandolin. Jeremy likes to energize these intimate shows by weaving in hints of his fiddle science project, experimenting with electronic sound effects.

Mike was born and raised by Lions. Despite being thrown into the ring of fire at a very young age, he was still just another face in the pride. After completing his time in the Circus, he left his pride to swim with the sharks in the mighty Pacific. He no sooner found out that sharks can often bite even harder than Lions, and also have the advantage of breathing underwater. His leg was bitten off. Today Mike is still finding his place in the Sun. He is still. 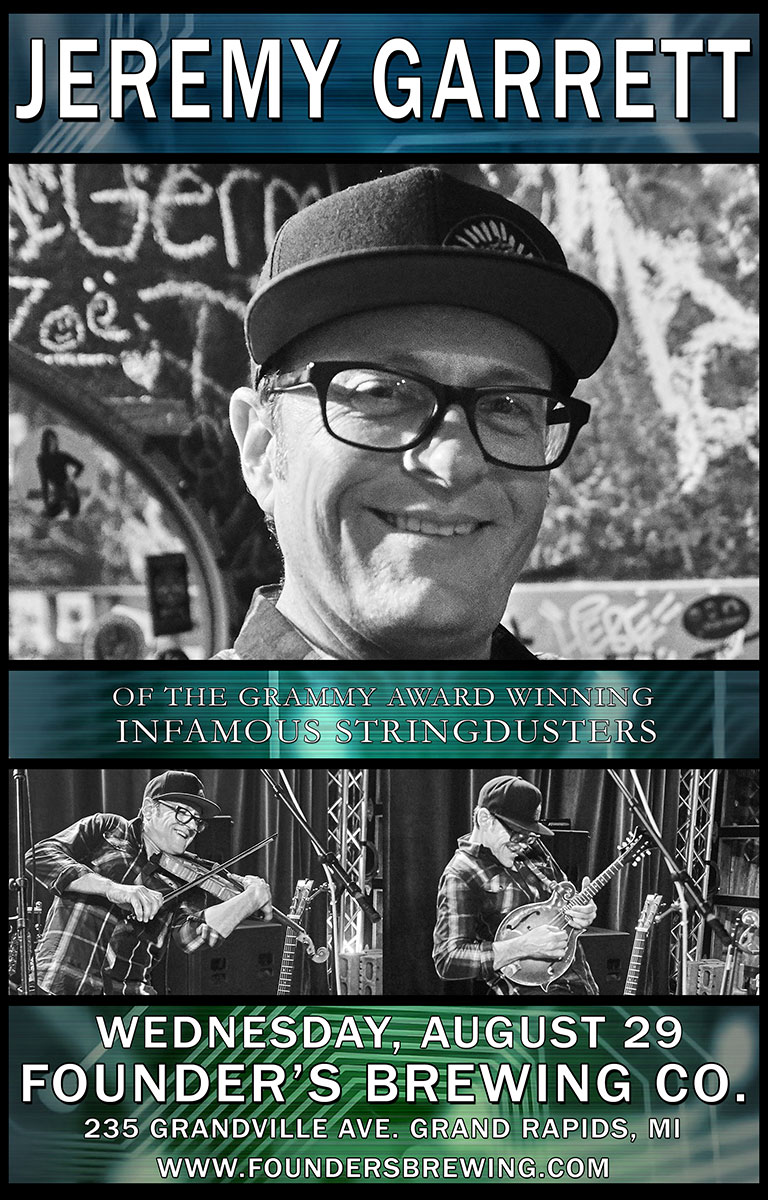