The band delivers great, pack-the-floor renditions of Creole classics as well as their own brand of contemporary Zydeco.

Jeffery Broussard & The Creole Cowboys are taking the next generation’s perspective of this music and presenting it with contemporary flair and expertise.

Jeffery Broussard & The Creole Cowboys in New York with Elisa Monte Dance Troupe “Mr. Broussard and his Cowboys are fabulous: You start moving in your seat as soon as their rhythmic, rich melodies, both joyous and mournful, flood the theater.”- Claudia La Rocco, New York Times Dance Critic. January 2009 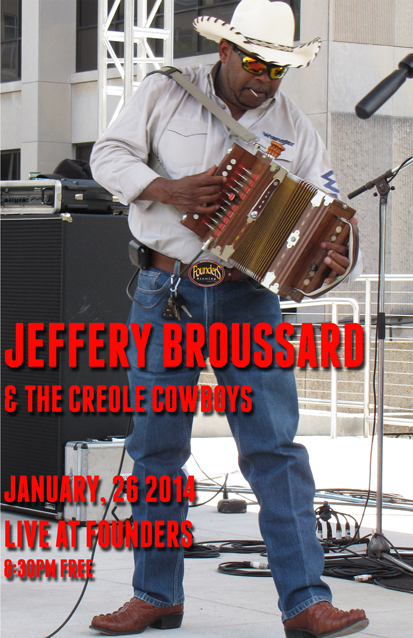