On the first track from Islands’ new album—the winsome, tropicalia-inflected “Wave Forms”—front man Nick Thorburn opens the record by singing, “I won’t ride another wave and I won’t write another word after today.” In light of the rest of the album, the statement is both an admonition and a kind of warning. Ski Mask, the band’s fifth album, is equal parts beauty and venom—an album that percolates with the kind of polymorphous pop and hooky, left-of-center rock songs that have long been the band’s stock and trade. This time around, however, the artful indie-pop comes with a decidedly melancholy punch.

“This record is really about being angry,” says Thorburn. “For better or worse, this record kind of sums up my experience thus far with being in a band. I feel like we’re kind of at a crossroads and this record is kind of me just declaring forfeiture in some ways. Like the third act of a movie—just after it seems like all hope is lost, that’s when the big breakthrough moment happens. For Islands, this is us waiting for the breakthrough moment.”

If Ski Mask is both a personal statement about what it means to be in a band—as well as a statement about the mercurial nature of the music business itself—then it’s certainly well earned. Thorburn, along with a rotating cast of bandmates, has been working under the moniker of Islands for nearly a decade. Formed in 2005 after the dissolution of Thorburn’s previous (and much beloved) band The Unicorns, Islands quickly established themselves as one of the most erudite and forward-thinking pop bands ever to emerge from the Montreal rock scene. Over the course of four albums—2006’s Return to the Sea (inspired by South African high life music), 2008’s Arm’s Way (a study in orchestral pop music and playful psych), 2009’s Vapours (pulsing electro pop), and 2012’s A Sleep & A Forgetting (soulful singer/songwriter fare)—Thorburn and co. showed off a remarkably chameleonic ability to bend a variety of different musical styles to their will. It’s a talent that that historically made each Islands record it’s own very singular listening experience. It’s also a defining quality that made Islands difficult to pin down and nearly impossible to neatly classify (which, one expects, has always been the band’s goal).

“This record is kind of a culmination of all the different things we’ve done over the years,” says Thorburn. “It’s basically a melting pot of all those sounds. So much of this record is about identity—specifically, the quest for finding out your own identity. Islands has always been kind of about that. In a lot of ways, we’ve always been kind of this homeless entity. We didn’t really fit in specifically with any genre and we were really never part of any community. Islands has always been it’s own thing…and I think the frustration of feeling like this very isolated band with no place to properly fit in made everything come to a head on this record. All of these feelings and ideas that have been bubbling up over the course of four previous albums finally came to the surface on this one This record is like a summation of Islands, everything we’ve ever done distilled into one record. It’s basically an essential introduction to Islands—it’s everything we’ve ever been about.”

Ski Mask, while arguably the most sonically diverse album Islands has ever made (which is saying something), also plays out like Thorburn’s personal frustrations writ large. Songs like “Death Drive” “Nil” and “Of Corpse” balance beautiful melodies against some of the darkest lyrical missives that Thorburn has ever written. When he sings, “Are you impressed with how depressed I’ve become?” it’s hard not to register the sting. Still, Thorburn—along with current bandmates Evan Gordon, Geordie Gordon, and Luc Laurent—can’t seem to help but make beautiful music, which serves as a nice counterbalance to the record’s heavier concerns. Even with a back catalog already heavily loaded with gorgeous songs, tracks like “We’ll do it so you don’t have to” and “Here Here” rank among some of the most beautiful the band has ever recorded. The record might also be the band’s darkest—featuring lyrics that flatly state that “Life’s not a gas, it’s a gas chamber” and, more pointedly, elsewhere there is a borrowed quote from Cornel West: “Featherless, born between urine and feces.” As a result, Ski Mask offers beauty and bleakness in mostly equal measure. If the record proves to be Islands’ swan song—a possibility Thorburn doesn’t dispute—it certainly makes for a compelling one.

For Thorburn and his bandmates, the release of Ski Mask is something akin to throwing down the gauntlet. It’s also the first (and one hopes, not the last) album to be released on the band’s own Manqué Music label. Despite whatever reservations Thorburn has about navigating the murky waters of the music business, he remains genuflect about the band. “I feel like I’m still getting better at making songs and making records,” he says. “It took a while for us to find ourselves as a band and so much of this record is about struggling and confusion, but I do think we’ve really come into our own with this record. It feels like the best representation of Islands that has probably ever existed. For the first time in a long while, I’m genuinely excited about what happens next.” 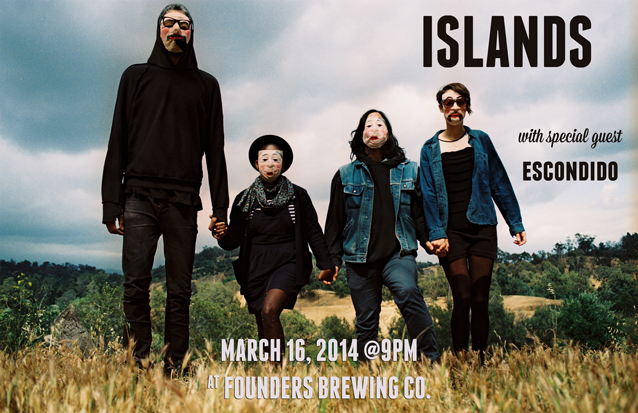 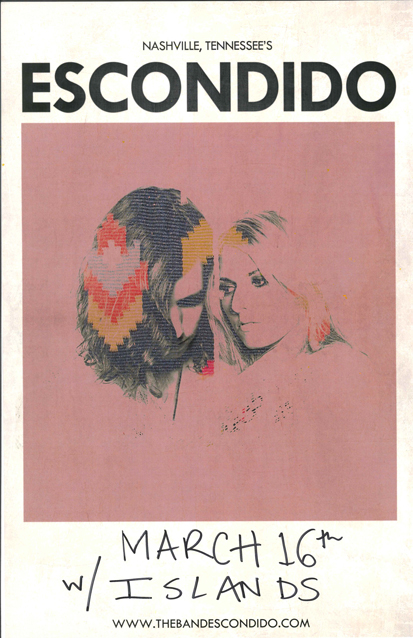 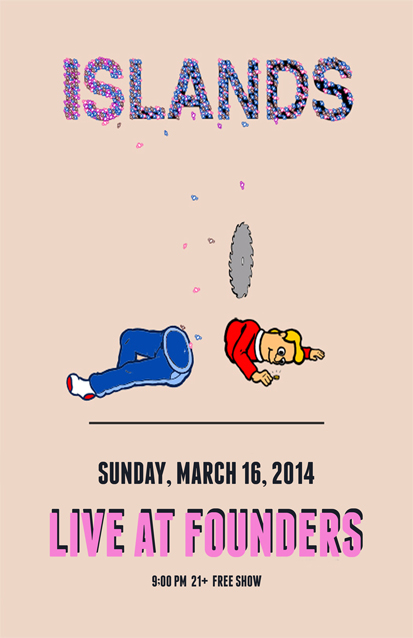