Hymn for Her (Punk Folk from Philadelphia)

Hymn for Her have been busy touring across the country and abroad over the past few years, injecting juiced-up backwoods country blues with a dose of desert rock psychedelia that has been described as “Hell’s Angels meets the Amish.” 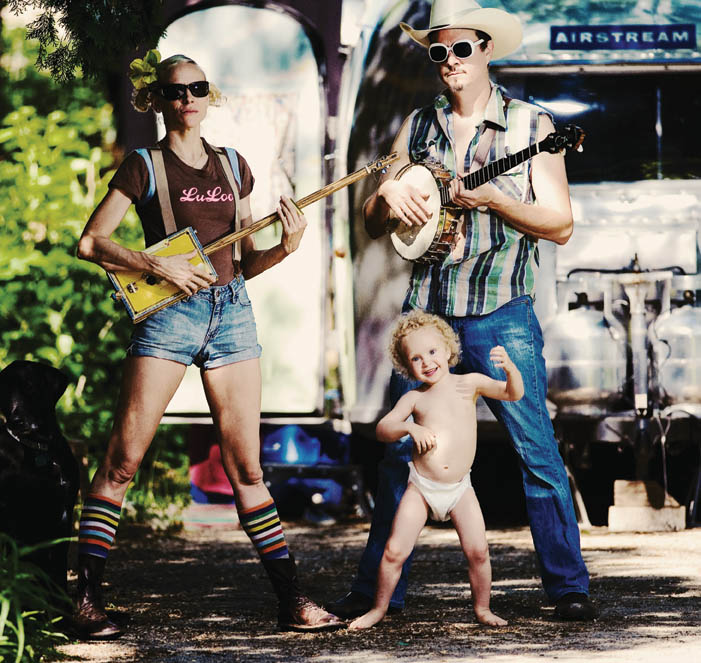 They recorded their last album, Hymn for Her Presents . . . Lucy and Wayne and the Amairican Stream, in their vintage 1961 Bambi Airstream trailer at locations stretching from Philadelphia to Malibu on a three-month tour.

For their new release, Hymn for Her Presents . . . Lucy and Wayne’s Smokin Flames, due out April 23rd, the twosome kicked it into high gear. They traveled to Ghetto Recorders in Detroit to work with Jim Diamond. They recorded live and mixed 12 original songs in just one week.

Impressively, the two create their “ripsaw sounds” (Los Angeles Times’ Randy Lewis) with only a few instruments. Wayne (with the devilish voice), mainly playing the kick-drum, high-hat, acoustic guitar and harp, serves as the group’s rhythmic driving force. Lucy (of the fallen-angel voice) delivers a gritty squall on her “Lowebow” — a custom-made cigar-box guitar: “The Riff Monster.”

Although Hymn for Her hails from Philadelphia, H4H is truly a band born on Route 66. With their daughter Diver, Manny the nanny and Pokey, their spirit guardian dog, this little self-contained unit enjoys life’s unknown adventures on the highway.

Along with launching the new CD, Hymn for Her also have a hot sauce under the same name as the album. It features bananas, jalapeños and smoked paprika.

Catch the two as they burn up the highway and ignite your town this year to promote Hymn for Her Presents . . . Lucy & Wayne’s Smokin Flames. Come out and taste the heat, y’all! 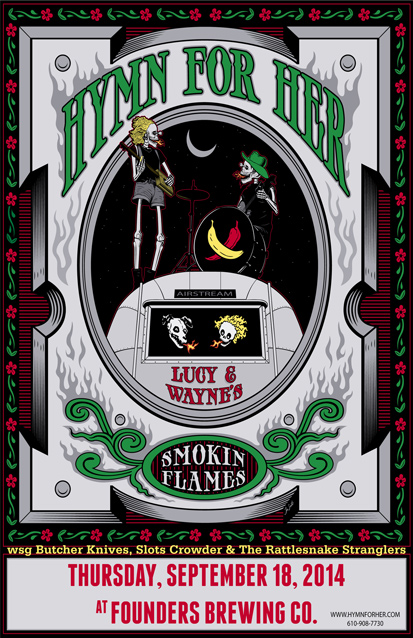