Old high school chums, Tamlyn and Krebs moved to Grand Rapids, Michigan, in the summer of 2013 to start working on a project together. The two met Korf, their next door neighbor, soon after and quickly started writing and recording tunes in their home studio.

2014 saw the trio make some tremendous leaps, spewing out a handful of homespun EPs, split records, and an appearance on Stolen Body’s Vegetarian Meat psych compilation. Their first EP, Solstice, was released 10/17 on dizzybird records. Brooklyn-based psych label Beyond Beyond is Beyond Records released a 7″ since, “Mean Green,” in April, as well as the band’s debut full-length long-player, “Holy Water Pool,” in September.

The group has drawn acclaim across the webosphere for their spacey, driving take on West Coast psych rock. Tapping into both the twang of their ‘60s garage compatriots and building their own brand of expansive, cosmic swells, Pitchfork calls the band “catchy and kinetic,” noting their “energy and hook writing are clearly on point.” 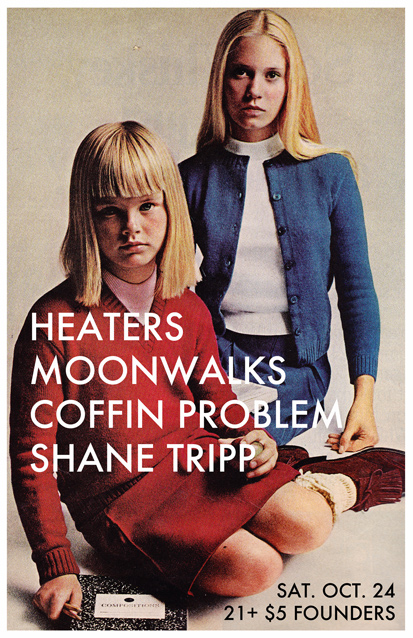