Potions and Poisons is the fourth album of original music from Head for the Hills, the Colorado based post-modern bluegrass outfit of Adam Kinghorn, Joe Lessard, Matt Loewen and Sam Parks. There’s no reinvention of the wheel here–no computer programmed banjo rolls or digitally arpeggiated fiddle lines. Instead we find Head for the Hills at the peak of their powers of musical alchemy, building little worlds of sound from the detritus of bluegrass, jazz, hip hop, folk and soul. Potions and Poisons is a look at the darker side of love, lust, and life; an examination of our affinity for and aversion to the things that make us fragile but human. Recorded at home in Colorado with the band’s go-to engineer, Aaron Youngberg (Cahalen and Eli, Martha Scanlan, Grant Gordy and Ross Martin), the record features appearances from Bonnie Paine (Elephant Revival) on vocals and washboard, Erin Youngberg (Uncle Earl, FY5) on vocals, and a lush string section. Potions and Poisons is the most Head for the Hills record yet, and in the great tradition of bluegrass (and soul and folk and old time music), it delivers some bitter pills, but the ten new original songs are more than a survey of the human condition. This is reflective but buoyant music, restorative and full of vibrancy.

Head for the Hills prides itself on defying expectation, turning neophytes into converts and genre purists exploratory listeners. Remaining true to the roots of bluegrass while simultaneously looking to it’s future prospects, the band makes music that reaches into jazz, indie rock, hip hop, soul, world and folk to stitch together cutting edge songs that bridge the divide between past and future acoustic music. More than a decade in and after thousands of miles, hundreds of performances, a handful of independently released records, 4 times awarded Best Bluegrass in Colorado via Westword Magazine, and one new mandolin player–Head for the Hills is at their absolute peak, firing on all cylinders and winning the hearts and minds of audiences everywhere they go.

Head for the Hills have been bringing their music to audiences from the Telluride Bluegrass Festival to South by Southwest and a multitude of stages in between–including Summer Camp Music Festival, High Sierra Music Festival, RockyGrass, DelFest, Northwest String Summit, Blue Ox Music Festival FloydFest, Strawberry Music Festival and many more. The band has been featured on NPR Ideastream and eTown, co-released beers with Odell Brewing Company and Sanitas Brewing, charted on the CMJ Top 200 (Blue Ruin, 2013 and Head for the Hills, 2010), and was featured by CMT – Edge, who said; “Head for the Hills’ Blue Ruin effortlessly matches integrity against innovation.” 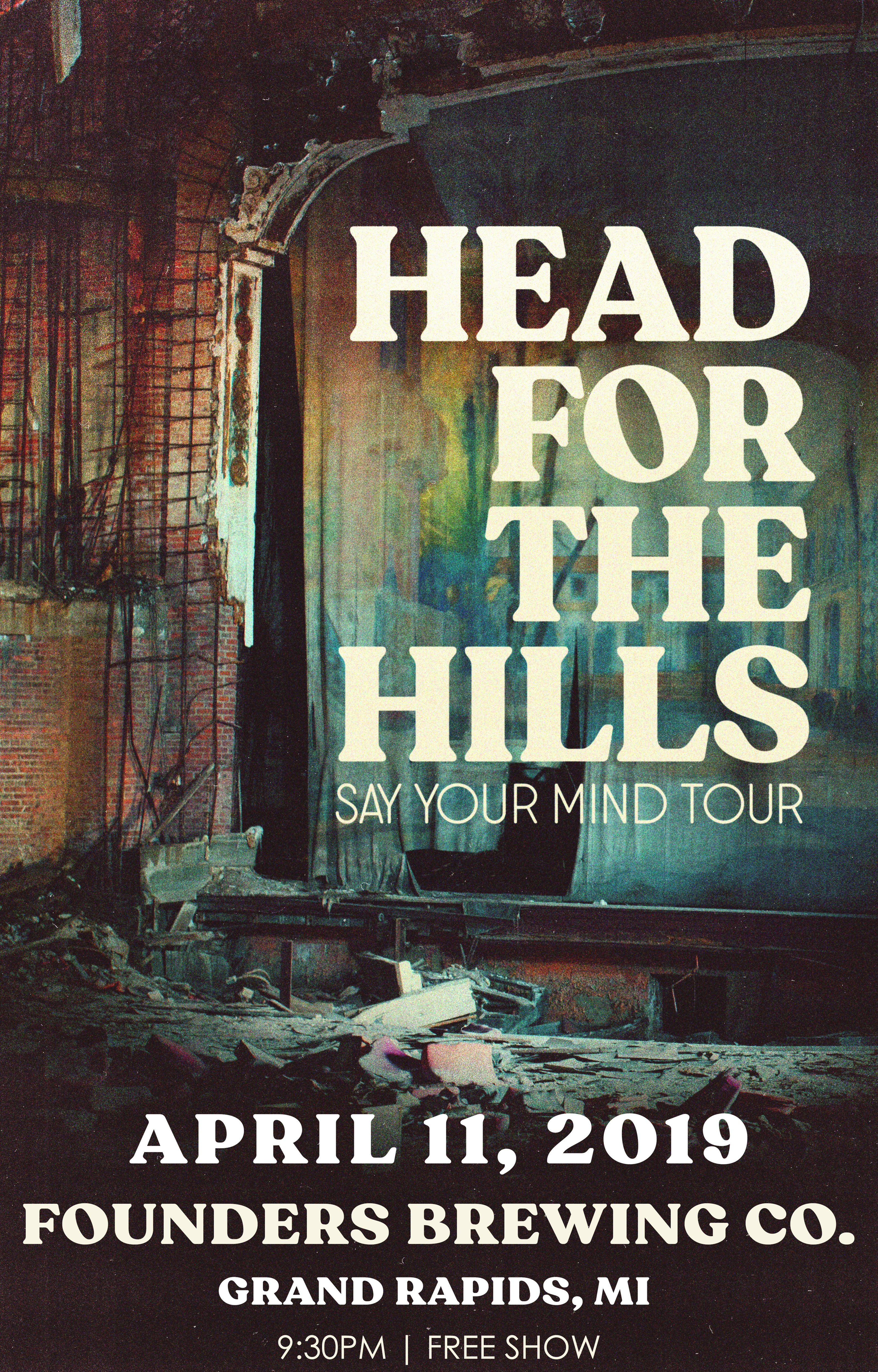