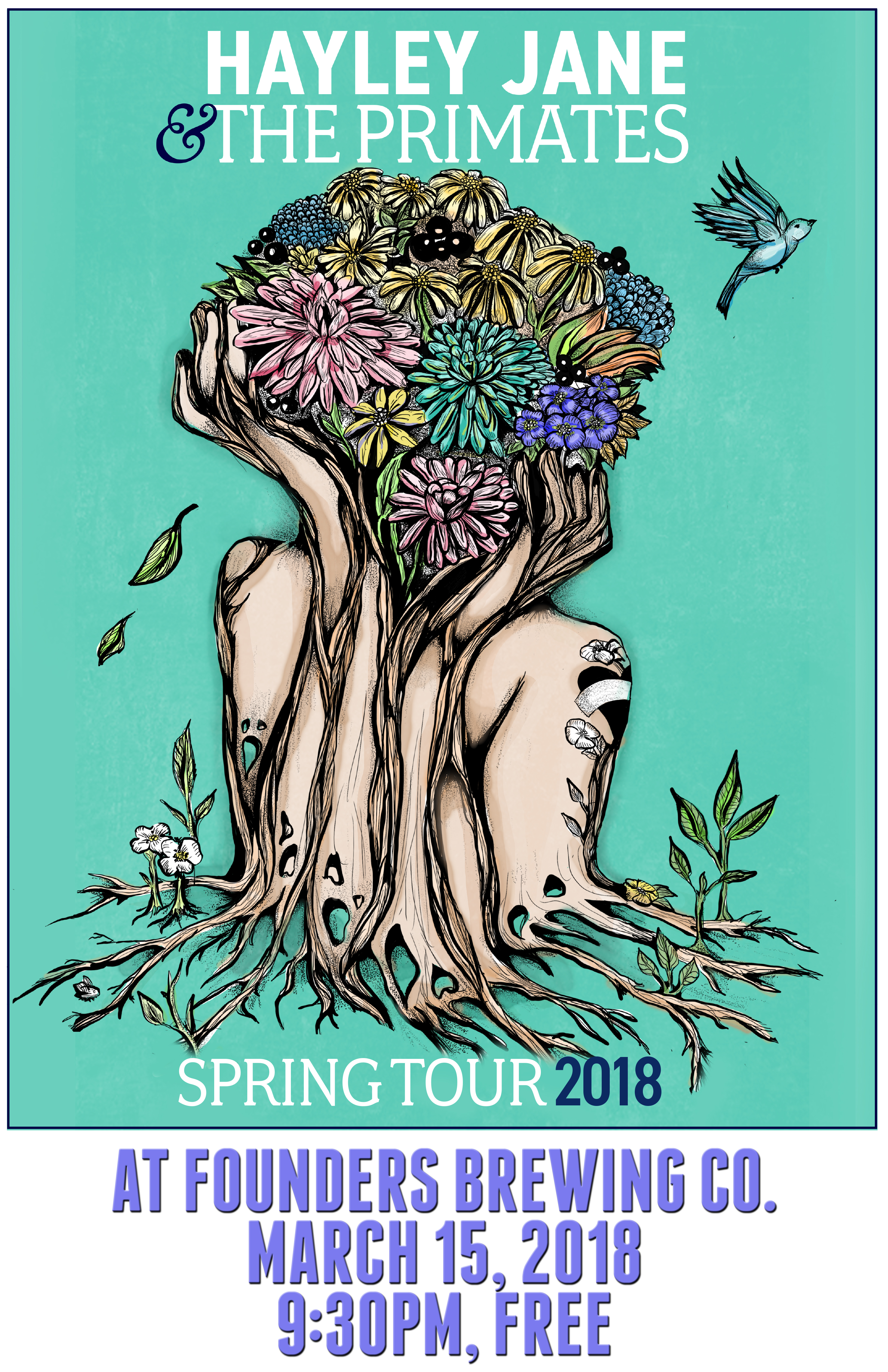 Hayley Jane and The Primates will be covering a lot of ground this spring. Since the release of their most recent album “We’re Here Now” the band’s presence and energy is exploding in the music scene. The band started 2018 by supporting Umphrey’s McGee in Philadelphia, where their performance left thousands of people in awe.

They will be kicking off their spring tour in the Southeast.  The southern run includes a return to Asheville, NC to reprise their energetic performance at ‪‪Warren Haynes Christmas Jam.  The band will be returning to the Midwest for the first time since their run with Spafford in the fall. They will also be hitting the mountains once again as they return to venues in Colorado and New Mexico. Then back to the Northeast for a string of performances that include two festivals, a return to Mount Snow where the band sold out a three set NYE experience, and Brooklyn Bowl where The Primates’ bassist got married onstage during their record release party.

Hayley Jane and The Primates are a band on the rise that should not be missed. Be sure to check their tour dates for a show near you….

5/05: Portland ME – Portland House Of Music And Events