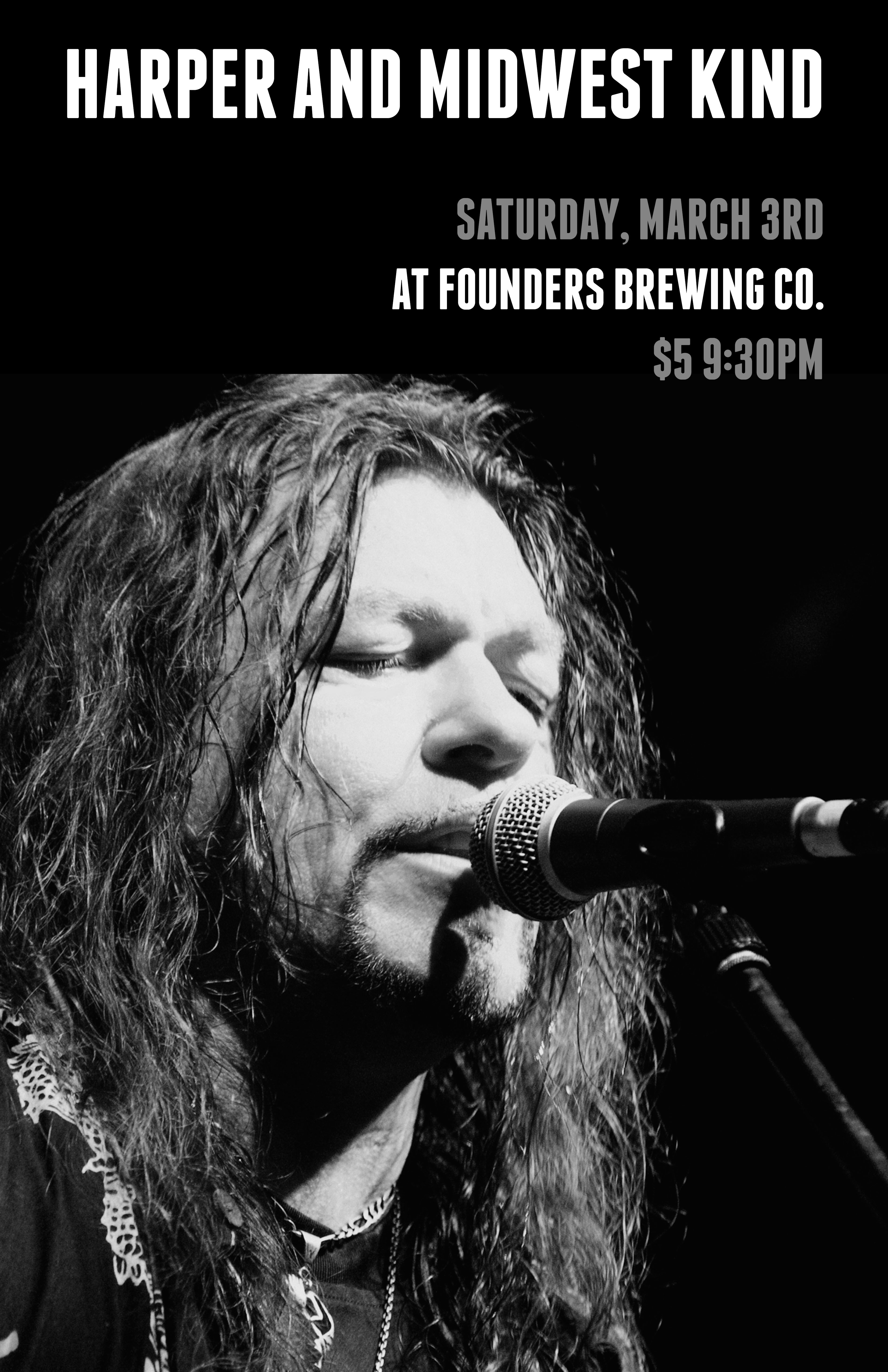 An amalgamation of blues, soul and world music, Australian singer/ songwriter Peter D. Harper, now based in Detroit, creates a heady mix of roots music through his creative use of the harmonica, and the haunting drone of the didgeridoo. Harper possesses a powerful. soulful voice and a deep, almost mystical approach to music that some might say has evolved into its own genre. Harper calls it “World Blues” — a rich musical stew of ‘50s rhythm and blues, a ‘60s message of love and unity, and ‘70s funky soul, stirred up with masterful, virtuoso harmonica and the deep, woody, percussive tones of the didgeridoo, served up in a feast of timeless mystery. Harper has received an amazing 14 x Blues/ World Music awards (including a Gold Record) in the USA, United Kingdom, Australia, and Canada. He recently won a Detroit Music Award for “Outstanding Vocalist”. No Depression Magazine,’s (USA) Rod Ames, adds that Harper ” has written and arranged some of the most soulful blues rock filled music I have ever heard..”. While Chip Eagle, (Blues Revue) said at a recent festival “..Harper is the most exciting artist on the live scene today”. Harper is backed by his talented Detroit based band “Midwest Kind” which features: Mike Howe on guitar, James Norris on Bass Guitar and Dee Washington on Drums. Harper’s new CD “Show Your Love” (Blu Harp) reached # 3 internationally on the Billboard Blues Charts, only being beaten out by Eric Clapton and Joe Bonamassa and an amazing 6 months in the Top Ten, . Also # 1 in the Netherlands, # 1 in Italy and # 1 on the Australian Blues Charts (Top 5 for 5 months). Harper and Midwest Kind have recently returned from an amazing sell out tour of Australia and a ground breaking debut two week tour of China. Harper and Midwest Kind continue their record of being booked at 30 – 35 festivals/ 200 shows per calendar year.