Award-winning Australian singer/songwriter Peter D. Harper — known in the music world simply as “Harper” — creates a heady mix of roots music through his creative use of the harmonica and the haunting drone of the didgeridoo. Harper’s latest CD, “Show Your Love,” features 11 original road-tested tracks recorded with his well-traveled Detroit-based touring band “Midwest Kind.” “Show Your Love” hit # 3 on Billboard, USA and remained in the Top Ten for an incredible six months!

Harper possesses a powerful soulful voice and a deep, almost mystical approach to music that some might say has evolved into its own genre. Harper calls it “World Blues” — a rich musical stew of ‘50s rhythm and blues, a ‘60s message of love and unity, and ‘70s funky soul, stirred up with masterful, virtuoso harmonica and the deep, woody, percussive tones of the didgeridoo, served up in a feast of timeless mystery. 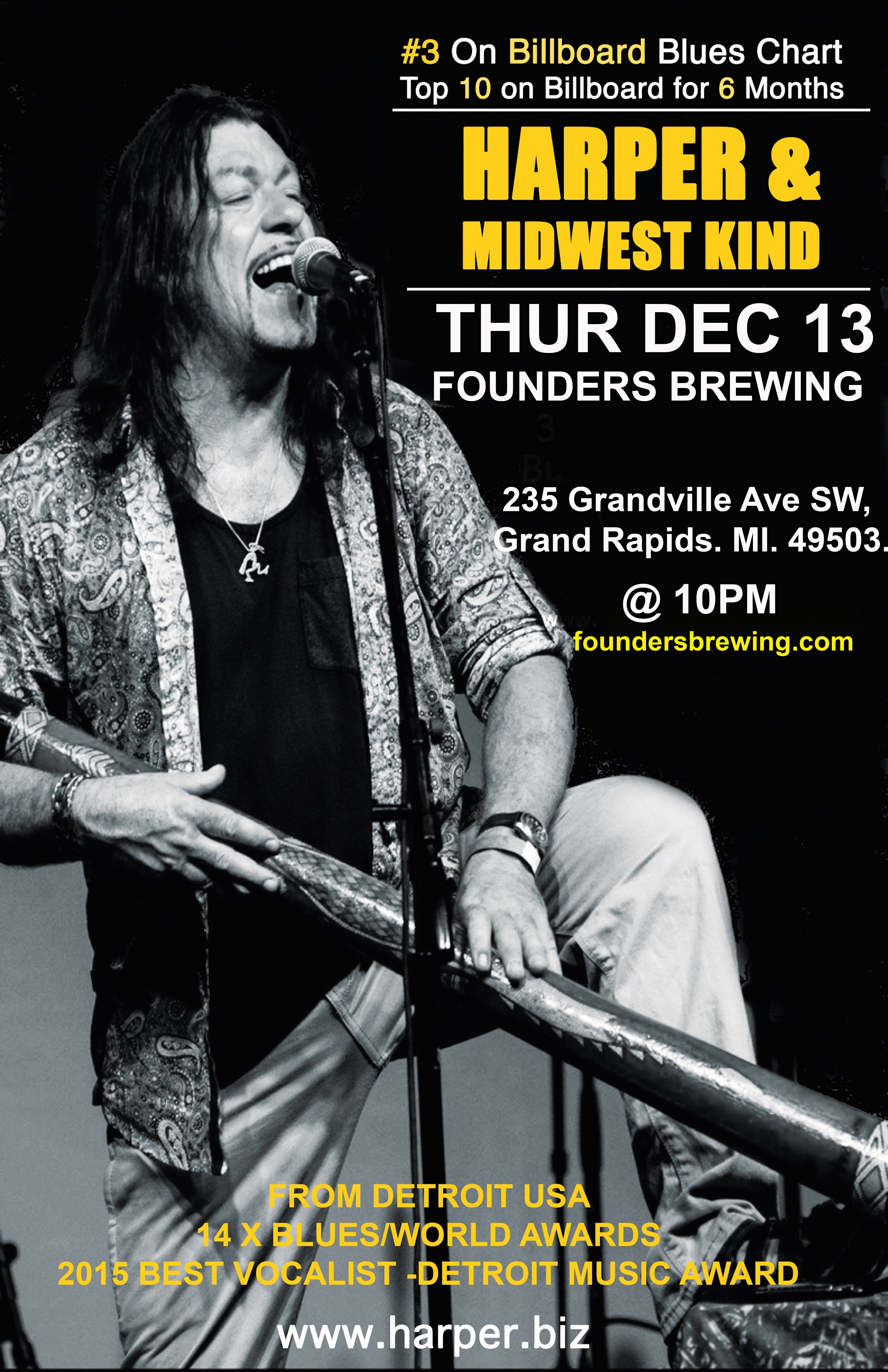