It’s not enough to say Harley Poe write songs about monsters. Harley Poe sing about being monsters. In the band’s world, the vampires, werewolves, serial killers, and cannibals take center stage and become the protagonists onto whom we project our joys, our fears, and our failings.

It might surprise some to find the first seeds of Harley Poe were planted while singer-songwriter Joe Whiteford fronted the Christian band Calibretto 13, whose turn toward monster-themed songs ultimately pushed their label to drop them. More surprisingly, Whiteford does not view the break as disasterous. “There is no departure, no falling away or turning around,” Whiteford writes. “My art and music, whether it’s Calibretto or Harley Poe are all part of the same path. They all come from this heart and this mind.”

“Horror is a study of humanity’s fear of death and the unknown. It can be cathartic, just like Christianity, or any religion for that matter. Religion is a way for mankind to deal with the fear and inevitability of death. That’s ultimately what horror is; the fear of being killed.”

Harley Poe’s latest album is Satan, Sex and No Regrets on which they return to the acoustic sound with which they started. Banjo, melodica, and upright bass make these eleven creepy and kooky songs sound like campfire singalongs from a slasher film. <emSatan, Sex is the band’s first release pressed to vinyl. Harley Poe have previously released two albums on Chain Smoking Records and two full length albums plus one split (with The Dead Vampires) on Standard Recording Company. 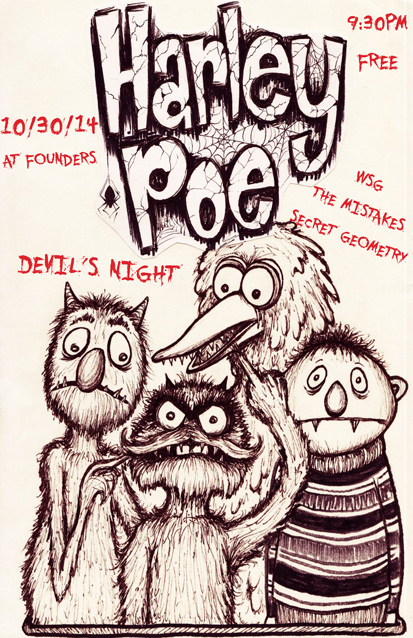 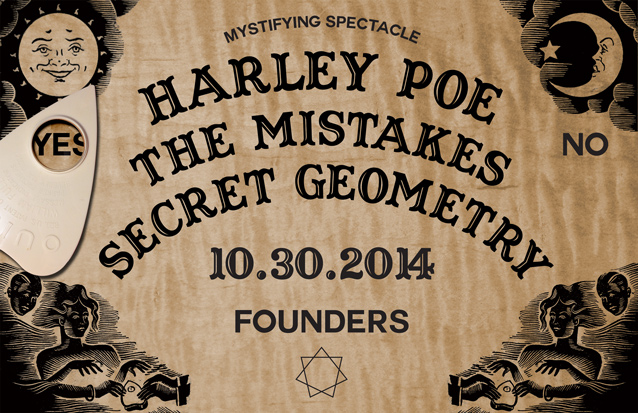