Gemma Ray’s latest opus The Exodus Suite is a dramatic 52-minute odyssey through her unique style of epic torch song psychedelia. Recorded live in seven days at the infamous Candy Bomber Studios (situated in the former Tempelhof Airport in Berlin) by Ingo Krauss, the album’s title reflects the personal-political themes of the songs within. The Exodus Suite will be released on 20th May 2016 on Bronzerat Records.

An unexpected yet inescapable influence on The Exodus Suite sessions was the presence of 8,000 Syrian refugees housed in the hangar beneath the studio during the recording. The stark reality of the refugees’ circumstances (whom are still housed there to this day), and the experience of these sights, sounds and smells right within spitting distance, lent a profoundly immediate dimension to Gemma Ray’s lyrical explorations of love for all life, exile and relocation, nature’s sovereignty, technology, class and most of all the need for human empathy.

The Exodus Suite is set in two parts, starting with a hymn-like paean to nature’s forces, “Come Caldera”, a prelude that then kicks into the souful grit of“There Must Be More Than This”, an Afro-Beat meets Krautrock gambol with a sprinkling of Ethiopiques (courtesy of guest pianist Carwyn Ellis (Edwyn Collins/Zarelli). The next track “The Original One” is a soft lament about modernity, followed by “We Do War“, a chilling lullaby that shifts into a brutal siren song before “Ifs & Buts”, a Latin-tinged, surf-esque wig-out, rounds off Part 1. Part 2’s opener “We Are All Wandering”, has a Beach Boys meets The Wicker Man sound which segues into the improvised soundscape neo-spiritual “Acta Non Verba”. “Hail Animal”, set against a backdrop of brooding psychedelic tension, is an ode to the nature’s vastness and our place within it. “The Switch”, an intimate guitar and voice number, transitions into “The Machine”, an explicit call for human connection against the threat of technological distraction set to a synth groove. Finally, the esoteric, skulking “Shimmering” rounds off the album.

Some album formats come with the bonus track “Caldera, Caldera!” a playful and up-tempo companion piece to “Come Caldera”. The vinyl version of the album offers these two songs back to back on a bonus 7”, The Calderas.

For this album Gemma recorded all her lead vocals live with the band, with only backing vocals, organs and extra flourishes added in afterwards. Aiming to capture a natural sound that revels in any so-called human “flaws”, the album’s monumentally ornate sound was sculpted out of this simplicity, with microphone spill being an integral part of the production approach.

The Exodus Suite is performed by Gemma Ray on vocals, guitars, Mellotron, and organ, accompanied by Andrew Zammit on drums, percussion, organ, synth, and additional guitar, Fredrik Kinbom on bass and lap steel guitar, and featuring Carwyn Ellis on piano and Wurlitzer (on the tracks “There Must Be More Than This” and “Caldera, Caldera!”). 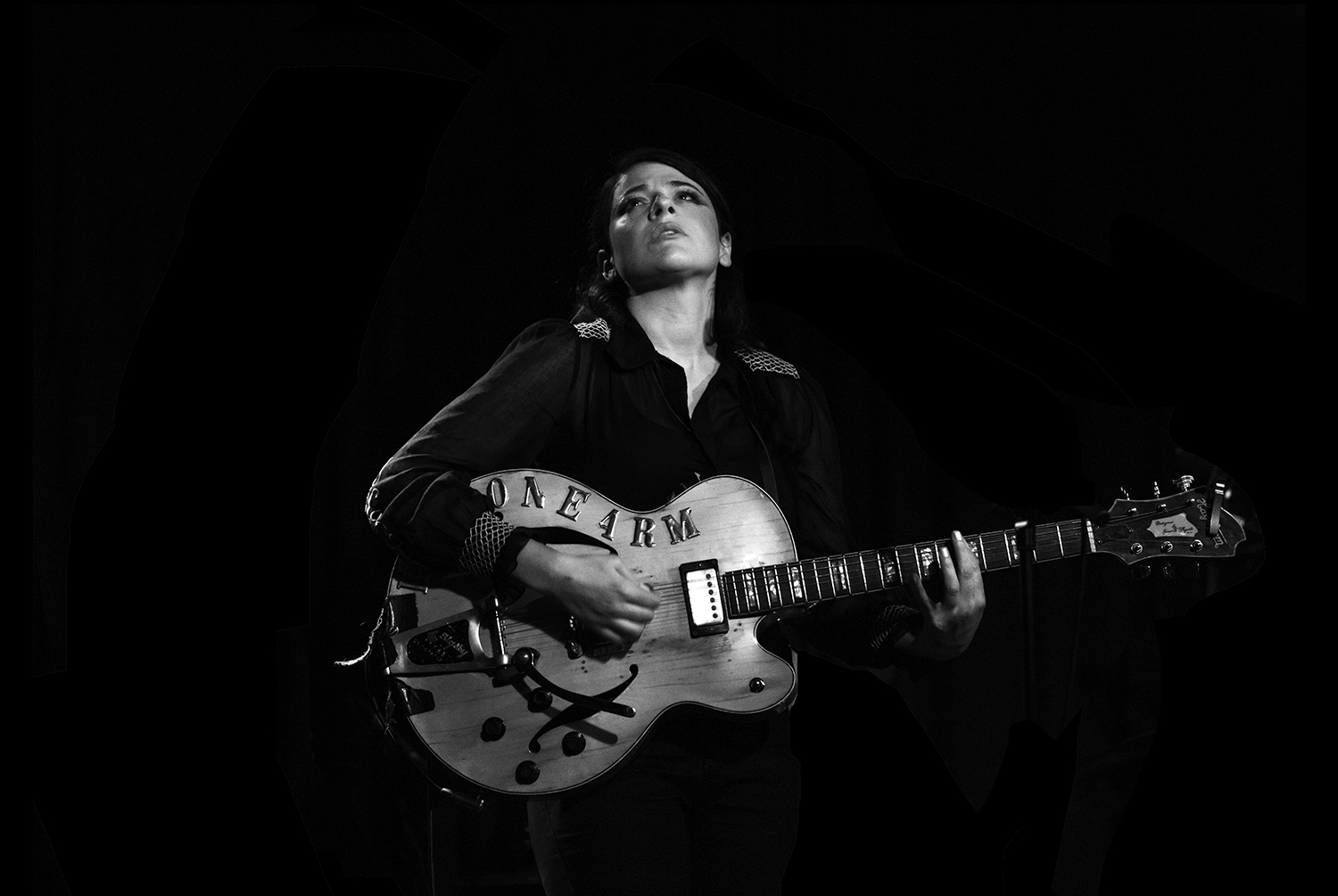 According to NPR, SPURS’ Adam Arcuragi is “a Philly soul with the old school power of Van Morrison”.  A folk/soul troubadour who grew up listening to his grandparent’s collection of old country and gospel records, the songwriter cut his teeth in the Philadelphia music scene, releasing three full length albums and an EP, spawning a folk-soul-gospel sound hybrid that some like to call ‘Death Gospel’…

As an award winning poet and playwright, the compelling and poignant lyrics on these first three records began to garner praise, or as All Music Guide states: “There is unbridled joy inherent in even the saddest of these songs, and unforgettable images in almost every verse”.

In late 2012, Arcuragi moved back to Georgia when family circumstances necessitated him to be present.  Feeling as though he were trapped in a Faulkner novel, many hours were spent longing for the promise of freedom that comes from the wide-open desert landscapes of the American west.  It was from this desire that the first SPURS songs began to take shape.

In late 2013, the turmoil settled in Georgia, and Arcuragi was able to move to Los Angeles.  Here he found inspiration from the psychedelic Southwest deserts, and the sounds of Laurel Canyon in the 60’s.  He fused those elements into his already other-worldly liturgy, and thus was born SPURS, into the church of Death Gospel. 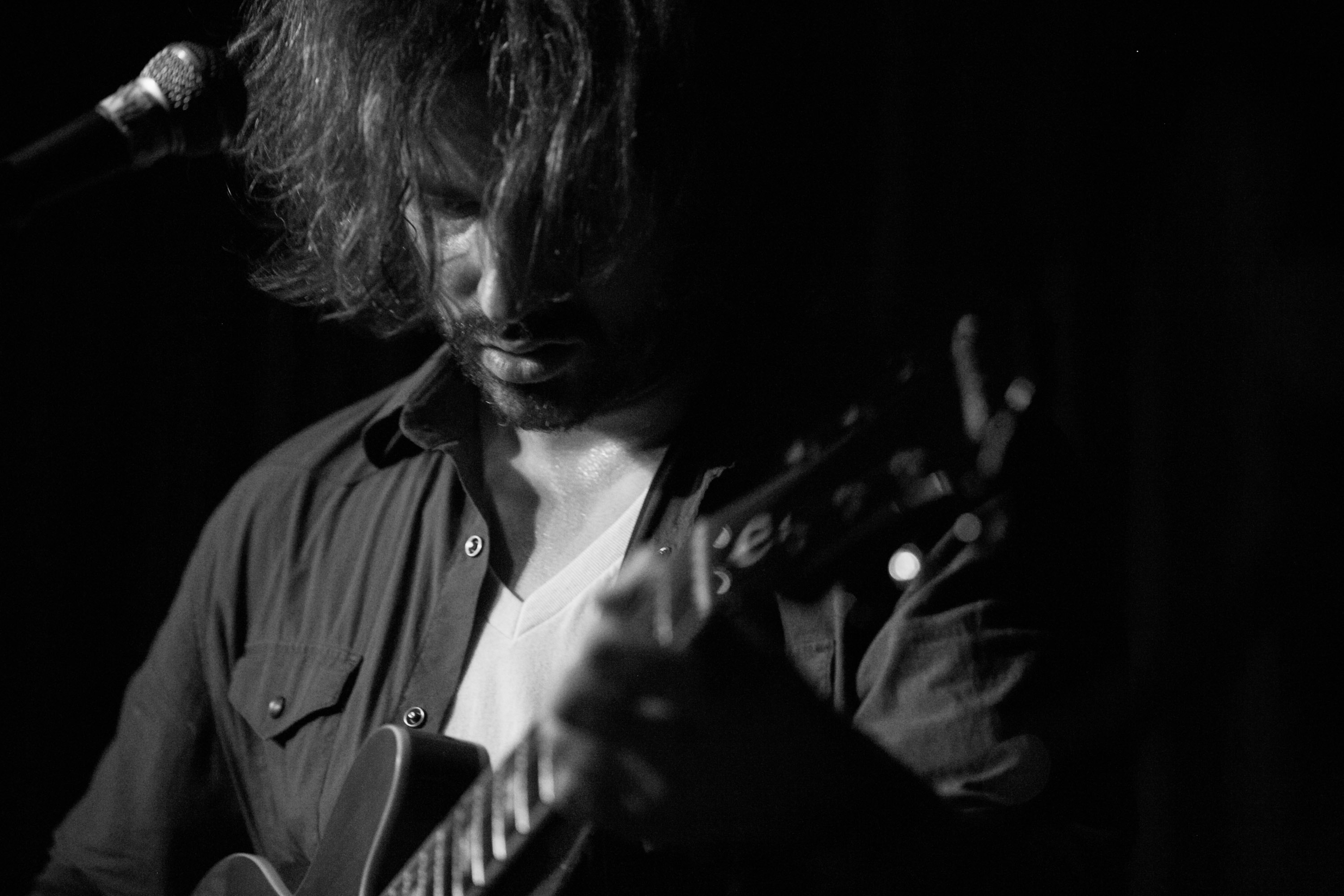 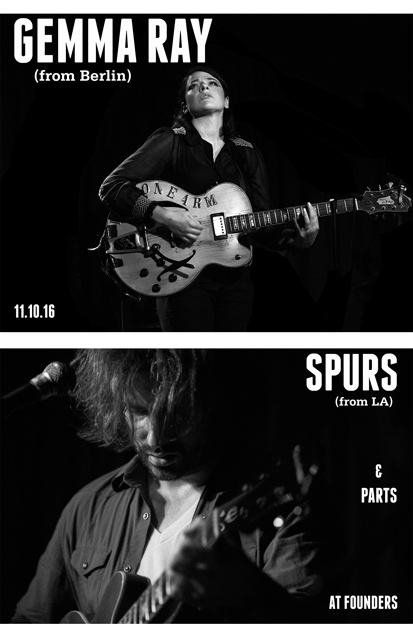