Musical boundaries are something that After Funk is simply not afraid to break. Since its beginnings as a four piece funk experiment, After Funk has steadily grown into an eight member collective that is now known for bringing groovy dance music wherever it goes. Even with its constant evolution, the group has stayed true to its mission of bringing back the good vibes of yesteryear. With roots in London, Hamilton, and Toronto, the group is no stranger to travelling and can be found performing wherever people want to have a good time.

Entering its third year as a group, After Funk has played shows across Ontario and Quebec including opening spots for Lettuce, Snarky Puppy, Dumpstaphunk, Walk off the Earth, The Souljazz Orchestra, Five Alarm Funk, and Boogie Wonder Band. Looking forward, the group’s debut self-titled release is set to drop in early 2014. It showcases the band’s versatility and their ability to stretch out what you might expect from a “funk band”. The listener is transported by Romantic piano cadenzas, King Crimson-esque polyrhythmic motifs and more. 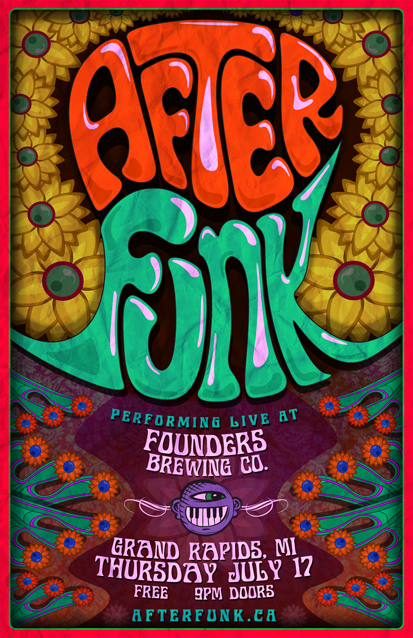