Freddy and Francine began in early 2008 Shortly after meeting as cast members of a 2008 Hollywood Met Theatre production of “HAiR”, Bianca Caruso and Lee Ferris teamed up to embark upon what would become a series of late night songwriting sessions. Early on, the two musicians instated a rule; as Ferris explains, “We would never leave a session without completing a song.” Because of this dedication, in just two years’ time, Caruso and Ferris co-wrote more than thirty songs, and with the help of drummer Christopher Allis and bassist John Classick, they took to the studio to record Freddy & Francine’s self-titled EP (November 2008) as well as two full length albums, The Briar Patch (April 2009) and The Forest & the Sea (due out in November 2010).

Though the songs created from these late night writing sessions were originally intended for the duo’s respective solo performances, it became abundantly clear that these co-creations should be performed in tandem. On the credit of both of their choral backgrounds and Caruso’s experience as a background singer for Idina Menzel, the two naturally fused their voices into one, creating the effect of a single lead voice comprised of swelling, soulful harmonies and melodies.

In the past two and a half years, Freddy & Francine have become regulars on the Los Angeles live circuit, building a following through word-of-mouth with regular gigs at “listening rooms” such as The Hotel Café, Vermont Restaurant and McCabe’s Guitar Shop. Additionally, a feature of their song “Brownstone Alley” as TOP TUNE on KCRW’s Morning Becomes Eclectic, as well as in-store appearances at the Santa Monica Apple Store, have helped to bolster the group’s iTunes sales for their previously released EP and The Briar Patch. In August 2010, Freddy & Francine played Koffeehouse Production’s 3rd Annual Evening of Independence at Los Angeles’ Ford Amphitheatre, closing the set with Katherine McPhee and Sixpence None the Richer. 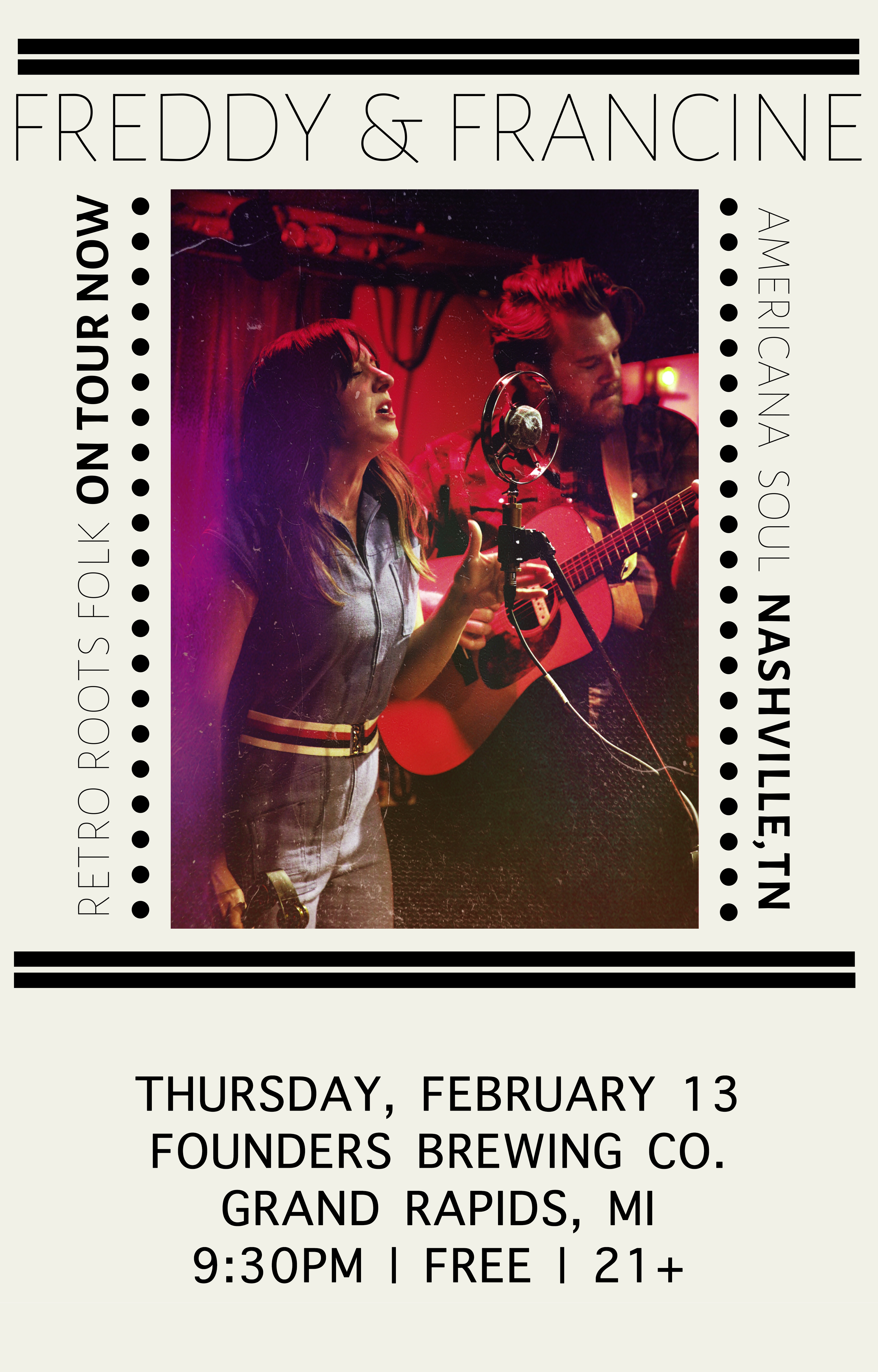