as we ring in the New Year!

There are no advance tickets for this engagement. $10 cover at the door, day-of-show only.

PLEASE NOTE:  The Grand Rapids Founders Taproom will be open until 2 am on Sunday 12/31!

With ODYSSEY, their extraordinary Sony Masterworks debut album, The Accidentals affirm their place among contemporary music’s most original and adventurous new bands. Multi-instrumentalists Sav Buist and Katie Larson – joined on stage and in the studio by drummer Michael Dause – have crafted a genre all their own, fueled by their uniquely limitless approach to musicality and songcraft. As its title suggests, ODYSSEY is built upon the foundation of real life experience through adversity and finding strength in vulnerability, their five-year journey having brought them to this cusp moment. Lyrically powerful songs like “Earthbound” and the potent title track see the band embracing their choice to lead an unconventional life with all its many surprising twists and turns.

Named among Yahoo Music’s “Top 10 Bands to Watch in 2017,” The Accidentals’ adventure began in their hometown of Traverse City, MI, when Larson, a sophomore cellist, and Buist, a junior violinist, were paired for a high school orchestra event. The gifted young musicians became fast friends and before long, bandmates. Having both grown up in musical families with professional pianists for fathers and vocalists for mothers, their shared influences bounced between classical, jazz, bluegrass, country, alt-rock, and the obscure. 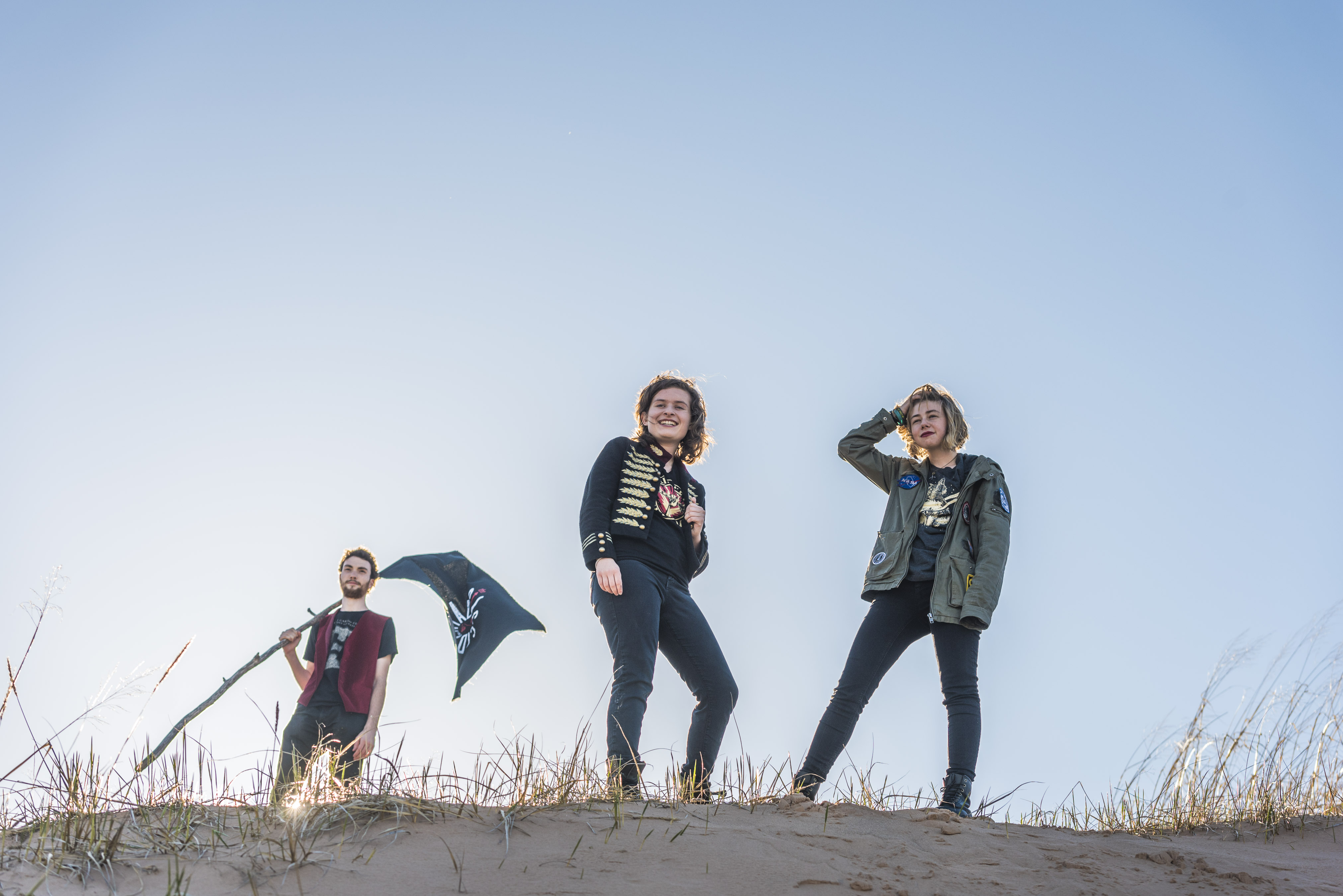 Dubbing themselves after the musical notes that fall outside of a key signature, The Accidentals recorded and released a pair of independent albums in 2012 and 2013, the latter funded by a hugely successful Kickstarter. Their original songs revealed a band with wide-ranging influences but always true to their orchestral roots. National applause and attention followed, as did acclaimed collaborations with some fellow local artists and independent filmmakers. Other career highlights included scoring arrangements for a 75-piece orchestra to accompany them on their original songs as well as arranging pieces for an opera/dance production with Jennifer and Ryan Lott (Son Lux).

The past five years have seen The Accidentals perform over a thousand live shows, including headline dates, festival sets, and shared stages along such like-minded acts as Martin Sexton, Brandi Carlile, Andrew Bird, The Wailers, Joan Baez and others. 2015 saw the band embark on their first full-scale national tour, funded in part by an Indiegogo ‘online garage sale”. That year’s SXSW debut saw them hailed by Billboard for “displaying a genre-hopping range of influences and some smart songwriting skills to go with their abundant musical chops.” 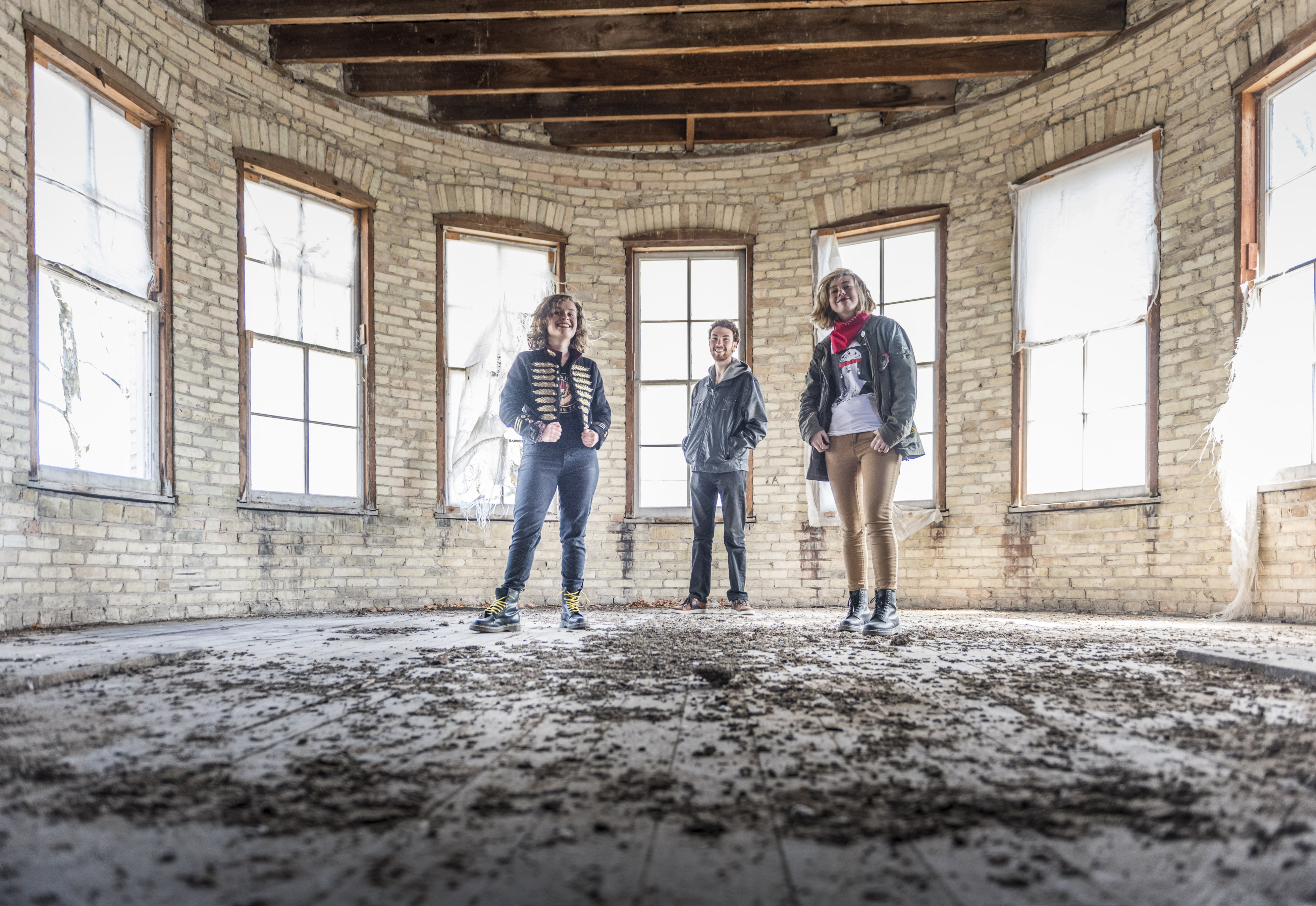 “It was a really collaborative process,” says Larson. “A lot of these songs had been hashed out at our live shows over the past few years, so we had a very strong idea of what we wanted in the arrangements. Jason helped us get outside the box with recording techniques, putting a fresh spin on the songs.”

“I’m so glad we’ve been able to collaborate with musicians who are so receptive to working and playing together,” Buist says. “They added their own artistry to some of the older songs, and it gave them new life.”

The Accidentals’ inviting spirit of shared creativity is perhaps best represented by the album’s audacious first single, “KW,” showcasing the inimitable guitar work of Keller Williams, whose own virtuosic genre-agnostic approach towards music making inspired the song in the first place.

“We were really lucky to tour with Keller,” Buist says. “We got to know him pretty well. He’s an amazing, genuine human and musician. He’s constantly defying genres, crossing lines, and creating collaborative projects. I wanted to capture some of that spirit in a song, so I wrote ‘KW.’ Keller caught wind of it at a show and played the song live with us. Later we added strings to his album and he offered to lay down guitar tracks. The dream came true – we ended up with a song that has a lot of his style and energy. We love that guy.”

From the orchestrated rock of “Memorial Day” to the album-closing “Ballad Tendered Gun” – surprisingly, The Accidentals’ first instrumental to be included on an LP – ODYSSEY is a strikingly dynamic work, both layered and unhurried, bittersweet yet lifeaffirming. Rich with literary references, whispers of nostalgia, and an unstoppable sense of forward motion, its songs were written independently by Buist and Larson and then arranged and refined by the group, creating a perfect yin/yang between individual introspection and dynamic cooperation, each artist bringing her own unique perspective to the process.

“We rely on each other to create a balance,” Buist says. “I think that’s the key to this band. Our styles of songwriting and arrangement are very different, so when they come together, they create this variation that couldn’t happen any other way.”

Multi-talented guitarist/keyboardist Jake Allen will join The Accidentals on stage as a special guest, filling in some of the colors and textures of ODYSSEY in live performances. The goal as ever is to experiment and experience, exploring new ideas and approaches while always staying true to their roots. With ODYSSEY, The Accidentals have conjured a truly one of its kind sound and vision, booming with free-thinking musicality, wisdom, and an understanding that growth is a process, not something that happens overnight. The Accidentals are already moving forward on their amazing journey, rolling down the windows on an open road towards someplace that’s both true and transcendent.

“I don’t think there are really any limits in terms of genre or instrumentation,” Larson says. “We just really enjoy making music that connects.”

“For us, it’s about the experience and collaboration and trying to learn as much as we can,” Buist says. “We want to be able to walk into any room with confidence in our craft, but in the end, we’re total nerds that just enjoy learning new things. Every day is an opportunity.” 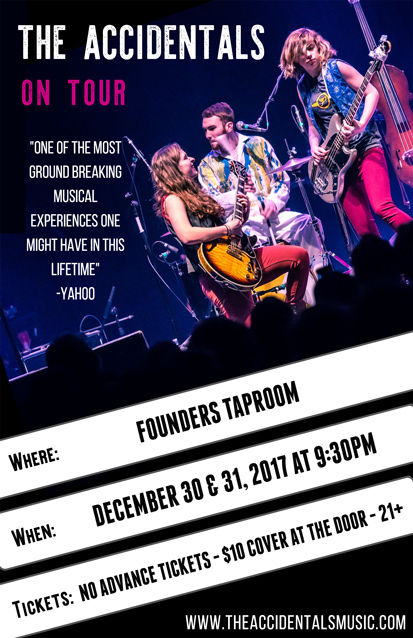