We have been part of the Detroit community for a year now…can you believe it?! Join us as we celebrate our past year and look forward to many more years to come in Cass Corridor.

This is an all day party starting at 11am full of beer, food, live music, and dang good time. We will have 40 beers on tap featuring Blushing Monk, CBS, Curmudgeon’s Better Half, and KBS…as well as a ton of Taproom Exclusives like Scotch Cherry Woop Woop, Merry Chrizzle Mint Imperial Stizzle, and more! Food specials throughout the day…stay tuned for those.

The first 400 people to the party will receive a FREE limited edition pint glass, so get here early and hang out with us all day long. Also, all merch in the Company Store will be 25% off all day.*

Hailing from local acts such as Three Cents Short, Cashed Out and The Faultline, El Brandino has since set out to tackle the world on his own, in an effort to eliminate restrictions and limits in his act. Starting out playing punk rock/ska, he has since found influence in classic rock, bluegrass, funk, soul and jam music, and is working tirelessly to inseminate his music with as much variety as possible.

Deeply rooted in the Detroit music scene, Ernie Guerra aka Erno embodies the varied styles of music the city is known to produce. Dabbling in nothing and involved with everything, Erno has been DJing and producing for over 10 years. His sets can be best described as disco and classic house having a love affair with techno, showcasing his love of over 4 decades of dance music. The backbone is funk but is adapted to modern day dance music to create a continuous experience, psychedelic even. Erno is a forefront member of Tour Detroit, the legendary summer party series that traveled to random venues each month. Also a record collector, he co-hosts a weekly 100% vinyl, crate digging night called Slow Jams, which is 7 years and running.

All vinyl DJ with deep crates. Specializing in Funk, Motown, Soul, and Golden Era Hip-Hop…ya know, getting down with the get down. Hailing from Michigan and a member of the Founders Family since 2011, DJ Providence is part of the Broken Rebel Souls Crew and has performed alongside some of the Midwest’s finest emcees, as well as opened for national acts including Vinnie Paz & Ill Bill, Detroit’s own Clear Soul Forces, and Chicago’s The Whoevers. DJ Providence, all vinyl, all the time.

We thank you for your support over the past year. We can’t wait to celebrate with you! 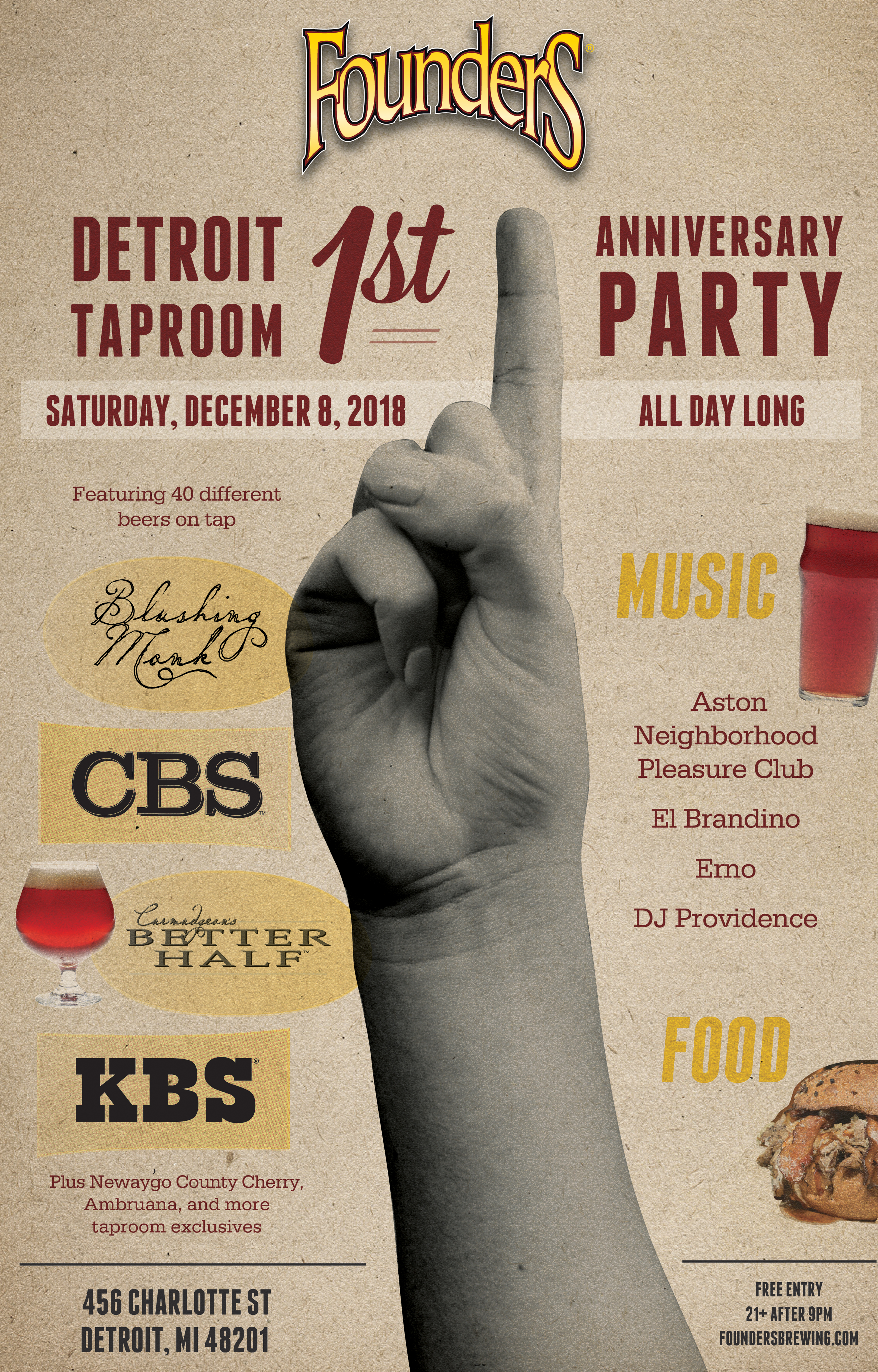