Eric Lambert has been pickin’ and grinnin’ his way into people’s hearts for over 40 years. Specializing in the fiery art of flatpicking, he has built a distinguished career writing, performing, recording, and teaching Americana music in and around Chicago, and beyond. Traces of rock, folk, bluegrass, and blues can be detected throughout his music, which is delivered with energy, soul, and inspiration. His voice, presence, and precision moves audiences to their feet, while his playful spirit and warm sense of joy makes them feel right at home.

Eric excels at every style of music he performs, moving through them with an uncanny ease and smoothness. The richness of diversity in his influences is evident in his playing and throughout his vast career, which spans 10 countries as a solo artist and as a band member. Some career highlights include playing with Virgil Kane along with Alabama and George Strait, and being a front man in bands such as Big Shoulders, Heartsfield, Valerie Smith & Liberty Pike, and most recently Chicago’s award-winning Henhouse Prowlers, being featured on their latest album release, “Verses Chapters and Rhymes.” He has also appeared in Flatpicking Guitar Magazine.

Music education continues to be a mainstay in Eric’s life, fulfilling a dream and supporting his mission of helping others learn how to play the guitar, and utilize a variety of guitar styles and techniques. For the past 35 years, he has been professionally teaching music, including the art of flatpicking, which is a style he has become known for. “It is the excitement of the style that originally drew me in years ago,” he shared. 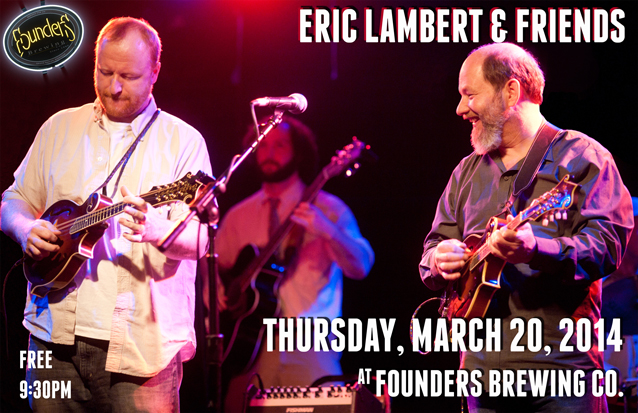