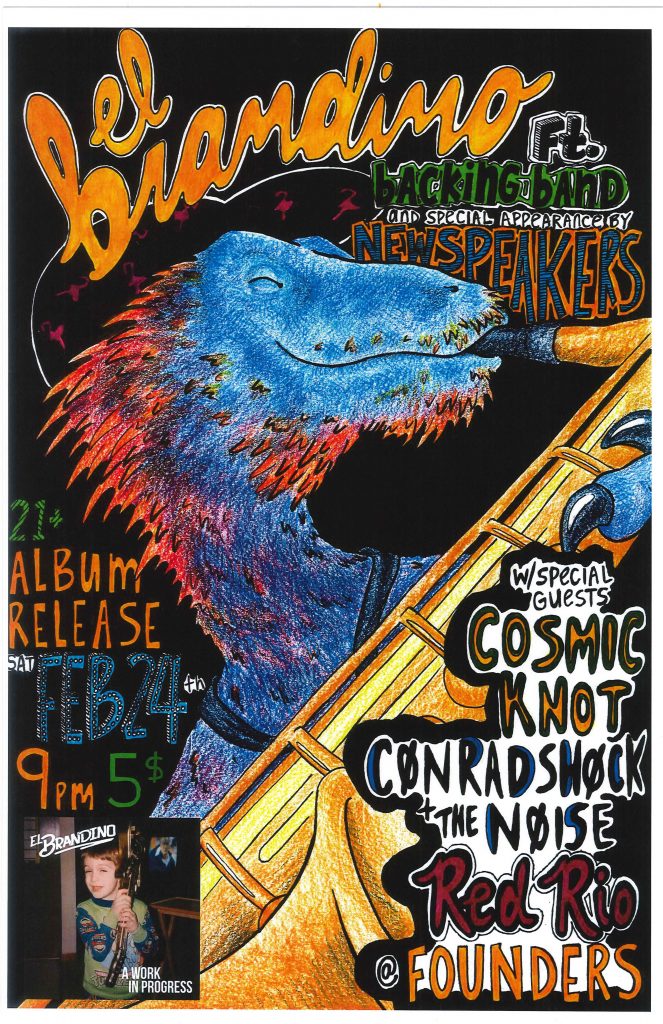 Come on down on February 24, 2018 and experience a night of non stop Grand Rapids based tunes. We’ll be celebrating the release of El Brandino‘s new album “A Work In Progress”. Joining El Brandino for the night will beCosmic Knot, Red Rio, and Cønrad Shøck + the Nøise. Music starts at 930pm with a $5 cover beginning in the early evening.

Hailing from local acts such as Three Cents Short, Cashed Out and The Faultline, El Brandino has since set out to tackle the world on his own, in an effort to eliminate restrictions and limits in his act. Starting out playing punk rock/ska, he has since found influence in classic rock, bluegrass, funk, soul and jam music, and is working tirelessly to inseminate his music with as much variety as possible. But don’t take it from me, come to a show and see for yourself!

Cosmic Knot was founded in 2015 by band leader Tom Wall. The band has been quickly gaining attention after headlining the 2017 Hash Bash on the steps of the University Of Michigan Library to a crowd of 10,000, throwing their own grassroots festival and having members that have either jammed or shared the stage with the likes of P-Funk All Stars Muruga Booker and Tony P-Funk Strat, Jazz Great Perry Robinson, University of Michigan Music Professor Ramon Satyendra, Joel Cummins from Umphrey’s McGee, Misty Love (back up singer for Kid Rock and Sheryl Crow), and Rock And Roll Hall Of Fame inductee Billy Davis. Teaming up with world touring drummer Hayaman Tzach, and the recording team for Bill Chrysler (sound engineer for Adam Levine and John Mayer); front man Tom Wall manifested Cosmic Knot’s debut album, “Inner Space” over the course of the past year at Bill Chrysler’s Third Coast Recording Studio from songs he had been working on throughout his life. Channeling influences from the loss of dear musical friends, Mother Nature, esoteric intuition, light and love, a story began to emerge; a story of a person on a journey of trancendence. After going through many changes, fighting off ghostly entites and losing very dear friends, the subject sets out on a mission to bring light to the world.
Cosmic Knot’s debut album Inner Space was mastered at Capitol Studios by Ian Sefchik. It’s composition is based on patterns found in Mother Nature and incorporates the flow of the seasons throughout the album. It starts off with the thawing waters of Spring and ends with the sounds of the song birds leaving in Autumn. Inner Space was released to the world on Aug. 28th, before the album was even released it received a best song award for, “Like A Gypsy.” Within the first 2 months of radio release, Inner Space hit the national Relix Chart at #7, hit #1 on WYCE, #8 on WBNY and was in the top 20 on multiple other stations across the country. They have been featured on Local Spins and NPR. Cosmic Knot is Hayaman Mana Tzach on Drums and Keys, Zach Gregory on Bass, Rolly Smith on Sax and Frontman Tom Wall Singing and playing Guitar.

Through many collaborations and hard work the music has slowly morphed into the face you see today.
​
Bars, Festivals, Parties, You name it…
This music lifts the spirits of the low, aids the spirits of the high, and sings to anyone willing to listen. 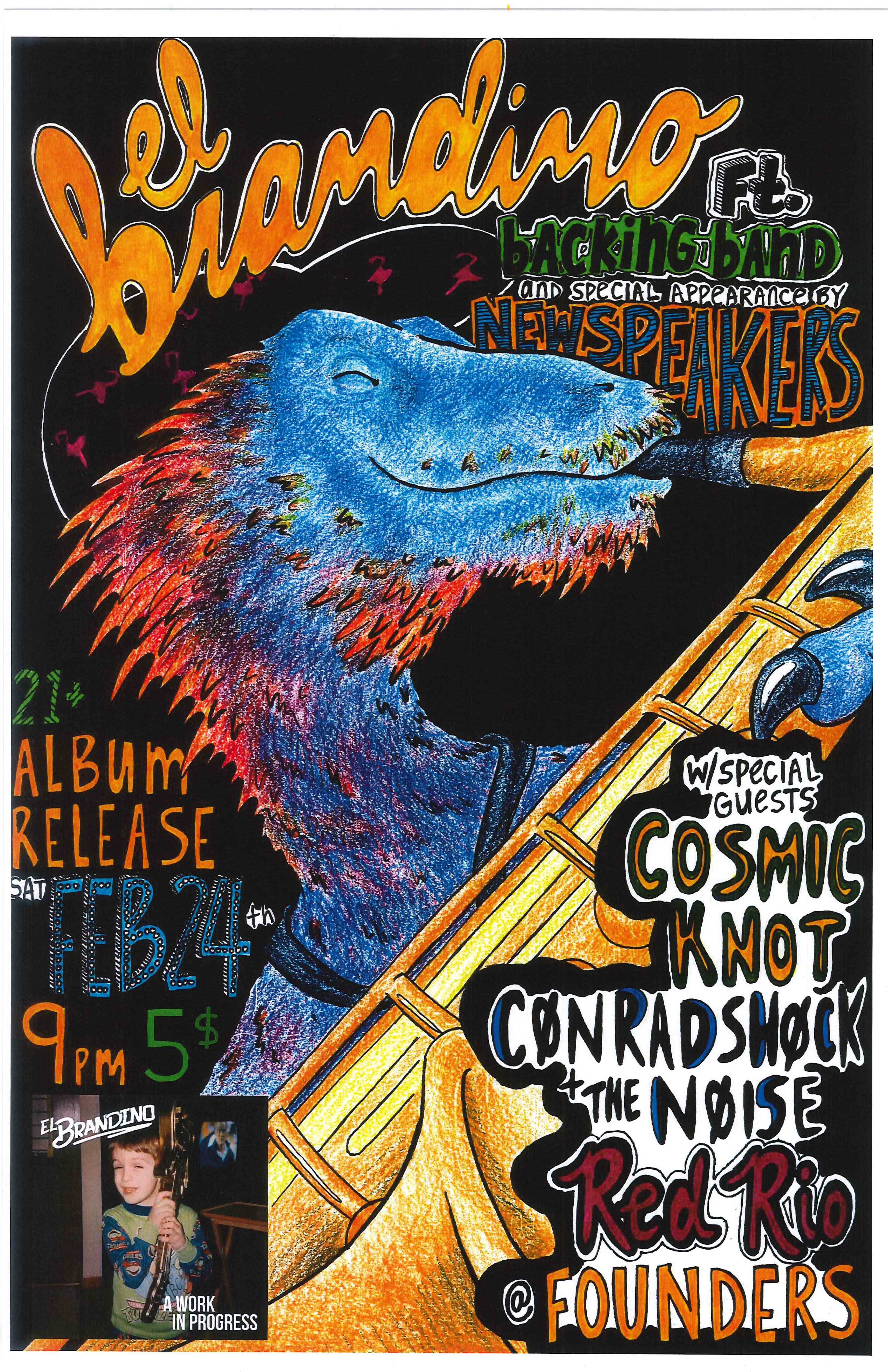