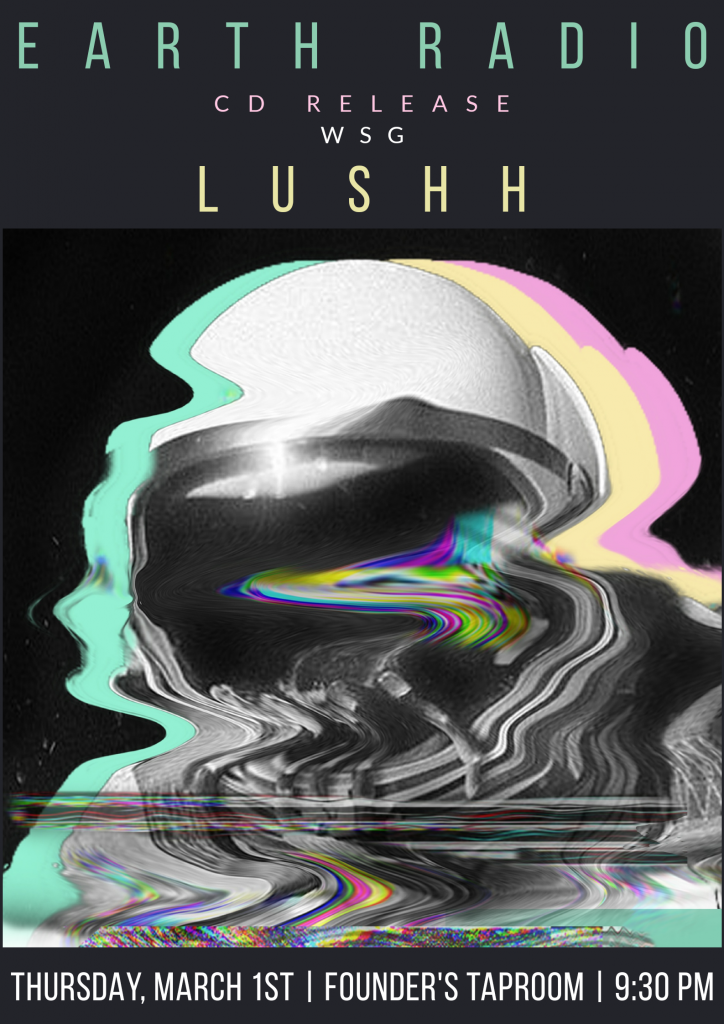 Come down to Founders Taproom – Grand Rapids to celebrate the release of Earth Radio‘s newest CD along with special guest Lushh. Join us for this FREE show!

Earth Radio is a unique collective of musicians that are pushing the boundaries of soul music to a new level. Based in Grand Rapids, MI, the progressive soul quintet has been hard at work recording music, playing live shows, and writing new original material day by day. Hannah Laine (lead vox, piano), Justin Avdek (bass, vox), Dutcher Snedeker (keys), Travis Swanson (guitar), and Hayaman Mana Tzach (drums) have all gained their own respective place as successful musicians in the West Michigan music community and are coming together to blend their unique styles of music to create a musical powerhouse oozing with fat drum beats, funky bass lines, smooth guitar runs, nasty synth sounds, and uniquely soulful vocals that sound like they belong deep in the outer reaches of space time.

Lushh came out of the unexpected chemistry between five jazz students and a sound engineer at Western Michigan University. On the first track they recorded – an original arrangement of the “Great Fairy’s Theme” from the video game The Legend of Zelda – they captured a sound that made sense, even though they were pulling from an array of influences in an on-the-fly recording. Now, after months of gigging around Michigan while studying at WMU, Lushh will record a full-length album in front of an audience on November 18th at Overneath Creative Collective. The five members of Lush – Graham Nye, Andrew Saliba, Eddie Codrington, Matthew Epperson, and Madison George, and engineer/producer Alex Tobin – joined Cara Lieurance to talk about the event, dubbed Insight/Unsought.

It revolves around the music of guitarist Andrew Saliba, who used his own experiences with sleep, and the lack of it, as inspiration. The extended ensemble will include four additional players, two visual artists creating pieces during the performance, and projected images that react to the live sounds. 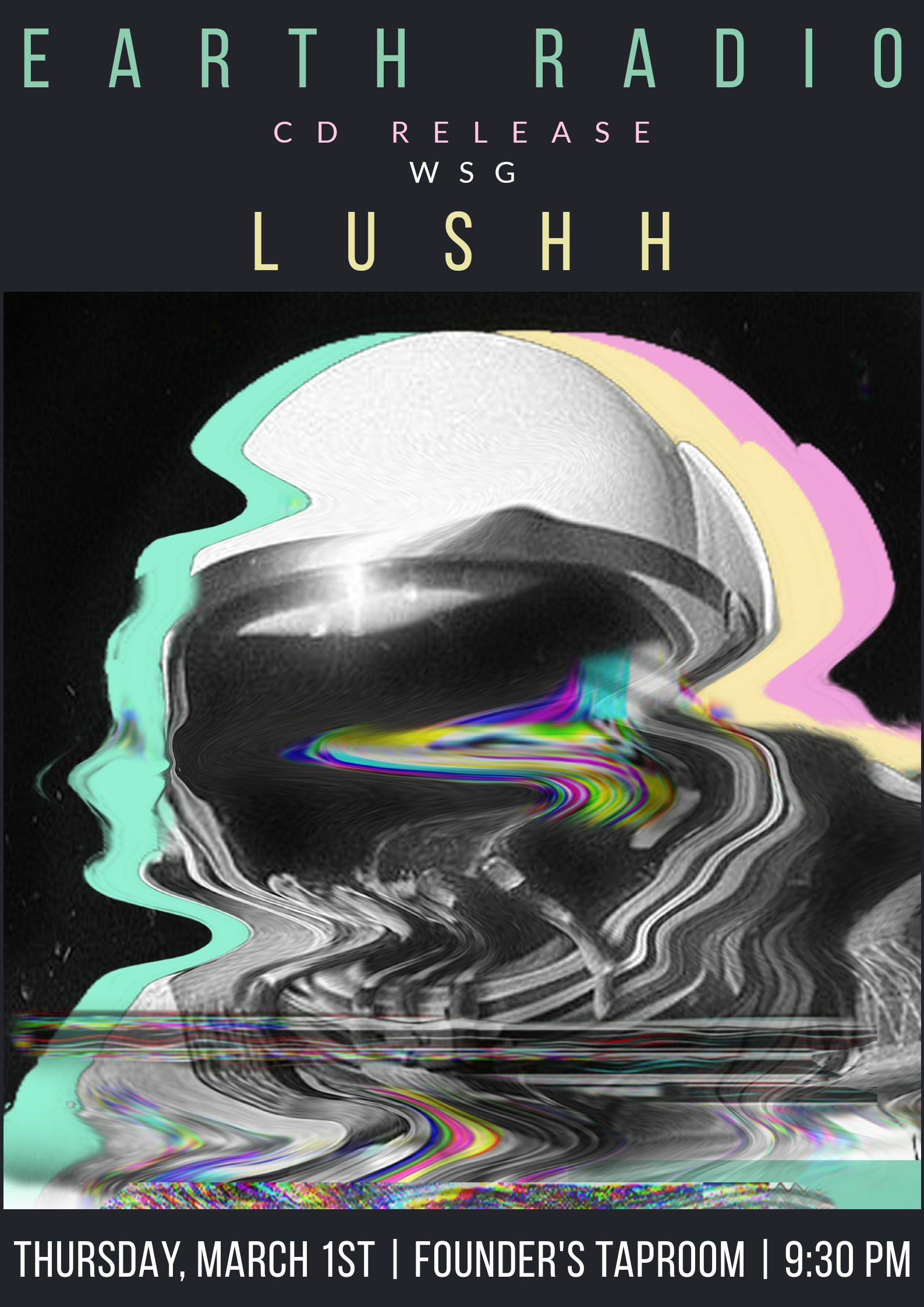